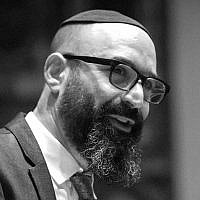 The 2nd chapter of Tractate Sukkah ends with a series of teachings that do not directly pertain to Sukkot, but nevertheless focus on the overall theme of “home”. On page 29a/b:

Sages: On account of four matters the property of homeowners is confiscated and delivered to the monarchy [as punishment]:

Rav: On account of four matters property of homeowners is confiscated by the state treasury:

–     For those who throw off the yoke [of communal responsibility] and place it on their friends.

–     For arrogance. (Rashi: due to their wealth, they exercise power over the community.)

–    And the punishment for arrogance is equal to them all.

– However, with regard to the humble it is written: “The humble will inherit the land and delight themselves in the abundance of peace” (Psalms 37:11).

Here’s what’s happening. In each of these teachings the Sages, and then Rav, give justification for the confiscation of personal property. A violation of trust has occurred that not only negates, in certain circumstances, the laws of Torah, but also the common good.

We should also note that neither of these teachings allots such severe reprimand for transgressions of ritual obligations or prohibitions. Jewish Law, systemically–built upon the Torah itself–seamlessly navigates the diverse contours of religious life, not designating merely “this” or “that” as defining a religious person’s religiosity.

To be religious is to holistically embody civic guidelines and mandates, as well as ritual commandments.

Furthermore, Any one of these punishments could be doled out to the ritually scrupulous or ritually absent, alike. To end a chapter of Talmud that has asked us to think deeply about the ways in which we observe Sukkot with ethically-driven instructions is not only significant in-and-of-itself, but also a clarion call to those who would define themselves “frum” while ignoring our responsibilities one to the other.

The teachings themselves are also instructive to the particular kinds of ethical demands our tradition consistently elevates. Namely, those who take advantage of others, those who withhold the means by which their fellows can live with dignity, relinquish the benefits they may have accrued. Those who abuse the status they’ve earned (or taken) are to be held accountable to the rest. This occurs regardless of communal standing, position, wealth, or power,  Those who disrupt either private or public trust are punished. Private ownership in the public domain is a privilege that must be earned by nature of our commitment, one to the other.

Right now, we are perhaps witnessing some of the most brazen infidelities of power most of us have seen in our lifetimes. Those who exercise power–thus necessarily and rightfully held to a higher standard of accountability–are abusing public trust in ways that are literally endangering lives.

When a man assumes a public trust, he should consider himself a public property. ~Thomas Jefferson

Perhaps that’s what all human relationships boil down to: Would you save my life? or would you take it? ~Toni Morrison

Both the Sages and Rav would very likely look upon our current leadership with not only disdain, but also require consequences that upend their status as “leaders”.

May we return to you, 2nd chapter of Tractate Sukkot.