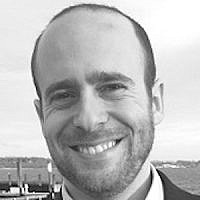 As we hear stories of American Jews turning against Israel, perhaps it is worthwhile to take a step back and assess the fundamental premises on which support for Israel should be based. As Israel is a natural expression of Jewish self-determination, it reflects Jewish morals and values more than any other state in the world, and so it should be easy for diaspora Jews to identify with and support Israel despite its real and perceived imperfections.

In order to properly understand and connect to Israel, it is essential to establish a sound foundation of principles: the Four Pillars of Commitment.

Love for the Land of Israel postulates that in order to understand the Jewish state, one must first accept the special status of the land. Whether you believe that Israel should annex the West Bank or retreat to the 1949 Armistice lines, these are political constructs that may change given an opportunity to achieve lasting peace. What matters is the clear appreciation of the special bond that exists between the Jewish people and the Land of Israel. The Land of Israel is where the forefathers of today’s Jews lived and are buried, and it was foreign aggression and colonization that forced the Jews out of their ancestral homeland. Judea and Samaria, often referred to today as the West Bank, carry great historical and cultural significance for the Jewish people, and it is not up to someone else to dismiss this land’s relevance as the cradle of the Hebrew civilization. Here, every parcel of land is a treasure trove of archaeology with intimate stories about Jewish life and struggle for freedom against some of the world’s greatest empires.

An individual cannot truly support Israel without having respect for the people of Israel. However, American Jewish leaders often assume the position of moral superiority and attempt to dictate to Israelis on internal Israeli matters, primarily those dealing with security. Virtue signaling from afar, some diaspora leaders boldly criticize Israel for not taking greater “risks for peace,” blissfully ignoring that the price for these risks would be paid in Israeli blood. Thus, while foreign diaspora leaders may claim that they have Israel’s best interests at heart, whether or not that is the case, it should be up to the Israelis themselves to determine their national course. An attempt to undermine the political self-expression of Israel’s citizens is an act of colonialism and elitism, which constitutes contempt for the Israelis and for the very democratic values that these foreign Jewish leaders claim to espouse.

Respect for the people of Israel also means not reflexively falling for propaganda that seeks to demonize Israelis, particularly, when the source of the propaganda has a history of anti-Israel bias and the accusation is in obvious conflict with the morals of the Jewish State. In fact, in challenging situations, Israel has shown itself to be more observant of civil liberties than many of the “enlightened” Western states.

The next pillar is the recognition that the rebirth of Israel is just. This principle addresses arguments that suggest that Israel is irredeemable since it was “born in sin,” or that Israel was created by the UN, or that Israel’s right to exist is rooted in the horror of the Holocaust. Unwittingly, quite a few Israel supporters believe the Holocaust premise, which was wrong when it was implied by President Obama in his Cairo speech and is also wrong when it is suggested by anyone else.

Israel is not a creation of the UN and its right to exist did not need validation from the Holocaust. Israel was reborn as a state by virtue of its existence. Its rebirth is rooted in the inalienable right of the Jewish people to self-determination, a right that cannot be washed away by millennia in diaspora. Israel was created through blood, sweat, tears, imagination and the immense fortitude of will of those who built it and fought for its survival. Israel’s rebirth may not have been immaculate; however, it’s no worse and is based on far greater moral, legal and historical right than just about any state in existence today. The rebirth of Israel signifies an exceptional event of return of an expelled indigenous population to its ancestral homeland. Today, Israel is a vibrant democracy, unique in its region. Israel offers equal rights to all its citizens with Israel’s Arab citizens enjoying far greater freedoms in Israel than their brethren almost anywhere else in the world.

Sadly, Israel’s friends often find themselves defending Israel against ludicrous allegations to explain what Israel is not rather than proudly celebrating what Israel is. Well, Israel is a beacon of what is good in the world. Israel is a nation that in a few short decades performed miracles of social and economic development, as Israel turned a desert and a malaria-infested swamp into a flourishing oasis. The Jews succeeded to increase the life-sustaining capacity of their land, the very land that became inhospitable and depopulated over centuries while the Jews, an indigenous people of Eretz Yisrael, were in exile. And today, these miracles are paying dividends to millions of people around the world. Countless delegations come to Israel from Africa, Asia and Latin America to learn from Israeli know-how and to use the gained knowledge to combat hunger, lack of potable water and to purchase advanced technologies to improve the quality of life of their citizens. We can’t forget to note Israeli disaster response teams that have left their mark around the world, as IsraAID has rescued and assisted thousands of affected individuals from Puerto Rico and Haiti to Japan.

In the Middle East, Israel’s very existence is a stabilizing force that protects and improves the lives of millions of people. Israel protects Jewish lives and the lives of those who would be considered hostile to the Jewish state. As an example, while Israel’s enemies throw libelous accusations at the Jewish state, annually, over 100,000 Palestinian Arabs receive medical treatment in Israeli clinics and hospitals. Israeli field hospitals were set up on the border with Syria to provide medical assistance to thousands of Syrians seeking to escape the horrors of the Syrian civil war. In a marked departure between word and deed, even the leaders of Hamas and Fatah go to Israel themselves or send their family members to receive medical treatment in Israel while calling for the boycott (and destruction) of the Jewish State. It should be obvious that Arabs stand to gain more than anyone else from genuine peace and cooperation with Israel.

In reality, the Four Pillars of Commitment apply to Jews in America and in other diaspora communities, and even to some Israelis who seem to have lost the forest for the trees. Now, all of this does not mean that Israel should not be challenged. However, pushing Israel to improve should never come at the price of support for the nation’s existence or support for the tactics of those who seek Israel’s destruction.

To all who are willing to see and listen, it should be clear that for all its imperfections, Israel is a triumph of democracy, human rights, good will, and of a people that against all odds and persecutions was able to retain its distinct national character and return to its ancestral home. And so, supporting Israel should be as easy as counting to four.