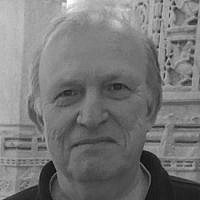 The Blogs
Jacob Weiss
Apply for a Blog
Please note that the posts on The Blogs are contributed by third parties. The opinions, facts and any media content in them are presented solely by the authors, and neither The Times of Israel nor its partners assume any responsibility for them. Please contact us in case of abuse. In case of abuse,
Report this post.

As I relax in my comfortable quarantined tv room and watch multiple “liberal” commentators bemoan the hatred being expressed against the Haredi community as a form of Israeli anti-Semitism, I can’t help but shudder. This is an absolute victory for the Haredi population in the war of narratives. The absurdity is that while “liberals” embrace inclusiveness and multiculturalism and Haredi pundits–given a heter (halachic dispensation) to appear on TV shows–play the victim card to the hilt, the haredi leadership are frenetically engaged in plans to mainstream and entrench their fundamentalist theologies and rules in place of normative Western liberal values. This includes converting the entire public sphere of Israel into a gender segregated world–in the army, universities, public funded events, public transportation etc. Thanks to the “liberal” professor and Minister of “Education” Yuli Tamir, the country funds vast institutions for children which, as a matter of principle, do not teach math, science, world history, democratic values, English, Zionism, art, music, theater, philosophy, and more. Objecting to all this is not anti-Semitism.

In all Western democracies, the value and meaning of “Democracy” is layered. At its most basic level, it means decisions by the majority of the people or their duly elected representatives. But to be a Democracy and not a tyranny of the majority, you have to have clear boundaries to government power over individual rights of freedom and dignity, and you need an autonomous and authoritative Court system to enforce these boundaries. You need the Rule of Law not the Rule of the Mob. That is what modern democrats like Washington, Jefferson and Hamilton fought for and gifted to future generations. Well, that is not the definition or function of “Democracy” for our Haredi or National Religious brethren. So, for example, the entire political establishment has been spinning in circles for decades to produce a formula which can legally support a massive discriminatory system of selective compulsory army service. Haredi, exempt; Everyone else, not-exempt. The Supreme Court (so far) has declared these efforts unconstitutional discrimination among citizens, benefiting one group over another. This ruling is the major reason the Haredi politicians despise the Supreme Court. Haredim argue that if a majority of the Knesset votes for it, democracy demands that it be deemed constitutional, regardless of how that vote trammels the individual rights of those men and women who are compelled to serve. Yet when that same Knesset votes to permit political demonstrations during the current pandemic, but not multitudinous weddings, funerals, Hassidic celebrations of various types, as well as Haredi school openings, then the principle of the “sanctity” of a Knesset majority vote no longer applies. They argue: “Well, if you can demonstrate, we can do what we want to do, regardless of the law.” It is not anti-Semitic to fight for the Rule of Law and equal application of those laws.

Nor is it anti-Semitic to critique the phenomenon of Haredi and National Religious preachers appearing before schoolchildren in public schools and exposing them to their brand of being Jewish (for their own good, of course). You might ask: “What can be bad in exposing Jewish children to a little Yiddishkeit against their parents’ will?” I suggest demanding a quid pro quo and let’s see the reaction. Insist that Modern Orthodox rabbis speak to Haredi kids in their cheders or yeshivas. Or ask that Conservative, Reform or simply humanist thinkers be given the opportunity to be heard at the Religious Zionist schools just to expose religious and Haredi kids to more modern alternative expressions of Judaism.  Hey, if their theology is so airtight and certain, what are they afraid of? A little mutuality can’t hurt, right?

Another peculiarity we’ve concocted in Israel of (not anti-Semitic) note is the entire governmental religious bureaucracy.  As far as I can tell, it serves two key purposes. First, it is to allow Haredi Jews to impose, by law and state enforcement, their belief systems on those Jews who believe otherwise. Obviously, just like Orthodox communities throughout the world, the Haredim and National Religious Israelis do not need government religious enforcement. They will marry and divorce per halacha. They will eat kosher foods and observe the laws of Shabbat and family purity without the state’s involvement. They seek halachic advice of their own rabbis and not of state functionaries. So, the purpose of this massive apparatus is not to serve National Religious or Haredi Jews.  And the second purpose is to provide an enormous public welfare system. The state rabbinic apparatus has metastasized into a public funded make-work program employing thousands of otherwise unemployable people at jobs that would not exist if the system were privatized. So, when the public is presented with statistics of the percentage of employed Haredi men (currently around 52%) how many of those jobs are taxpayer funded welfare jobs?

Even the thoughtful Professor Yishai Rosen Tzvi is worried about anti-Semitism. He published an OpEd expressing his fear of demonizing and hating our brothers and sisters of the Haredi world. Well, let me put Prof. Rosen Tvi’s and the collective minds of all the other Israeli liberals to rest. This criticism is not directed at people. It’s about ideology. This a war for the minds and hearts of Israeli society. We can love the people and hate their ideas and behavior. We can fight for equality, including gender equality, freedom of and from religion, freedom of speech and association, the rule of law, equal and transparent allocation of government funding, the obligation to educate children to be productive economically independent adults, non-discriminatory application of obligations of citizenship, un-biased treatment of all streams of Judaism and more. This, out of pride in our values, not out of hatred for anybody.

One can love our religion, including Orthodoxy, yet believe that true religious faith requires freedom of conscience to be authentic. It cannot be imposed as a state diktat. The pretentiousness and hubris of those who would impose their dogma and theocratic systems on everybody else through the guise of a democratic process is what is at stake. If you are too squeamish to participate in this battle due to your fear of being called a “hater”, then you’ve already lost.

About the Author
Jacob Weiss is a semi-retired business lawyer with too much free time on his hands, in particular during the current serial closures by the Haredi-led coalition.
Related Topics
Related Posts
Comments