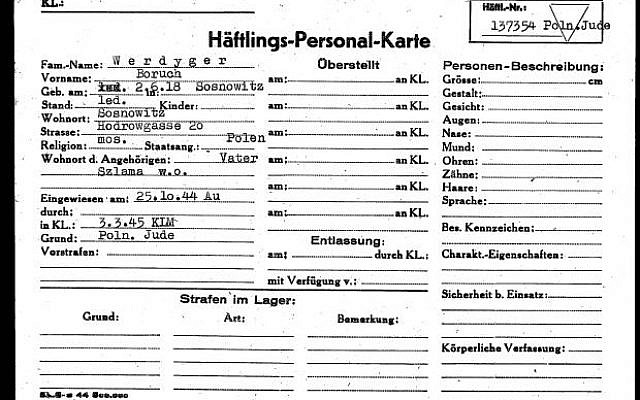 When our eldest son put on tefillin for the first time (some 15 years ago), after shacharit we adjourned to my parents’ home where they hosted a celebratory breakfast. For the first time, my late father told the story of his elder brother Boruch Yeshoshua, after whom our son is named.

Early in the war, a ghetto was established in their home town of Sosnoweic. There were no mass deportations yet, but the Germans needed labourers for their war effort, and every family was expected to nominate appropriate members to help. This must have been an agonising choice for families. At the time, Boruch was in his early 20s, and as the eldest it fell upon him to go to a labour camp.

For a time, they remained in contact – exchanging letters – but after a time they stopped receiving any responses. That was the last the family ever heard about Boruch. They assumed that like so many others he was sent to a concentration camp and killed.

That was it. That was all my father ever knew about the fate of his elder brother.

After the war, my father convalesced for several years, and eventually migrated to Australia. He began doing business and regularly traveled to Europe. Every time he visited a city, he would open up the local phone book (for millennials: a thick book that listed the phone numbers of everyone living in the city) and search for the family name, hoping to find other survivors. Our family name is uncommon, so if he found a name, they were most likely related. But there were barely any to find. There was a cousin in Vienna, and distant branches of the family in the US and Israel (in addition to my uncle’s family in NYC). Very few remained from a family that would have numbered in the hundreds before the war.

Fast forward to last year, and the release of archive documents. Through those documents, we had discovered the correct yahrzeit of my grandfather. This prompted me to look through some of the other names and I discovered a card with Boruch’s name showing entry into Mauthausen on 3 Mar 1945. I was in shock! He was alive as late as 1945? WTF?!

Not understanding the notation on the card, I reached out to the local Jewish Holocaust Centre for assistance. They weren’t able to give an immediate answer, and referred it to one of their researchers, and I put it out of my mind for the time being. A couple of weeks later I received an email while at a wedding interstate with the true story of what happened to my uncle.

He ended up in Mauthausen Concentration Camp (we don’t know anything of his concentration camp journey) and was liberated on 6 May 1945, only to die just two weeks later in Ebensee, Austria on 22 May 1945. We don’t know how he died nor the state of his health at liberation There is a very strong likelihood that he succumbed to one of the four major causes of death at Mauthausen in the wake of liberation by the American Army: starvation, weakness, illness or disease.

My first thought upon learning of his fate was that unlike other perished relatives who were cremated, surely he received a Jewish burial. This set off another chain of research which led to further discoveries. 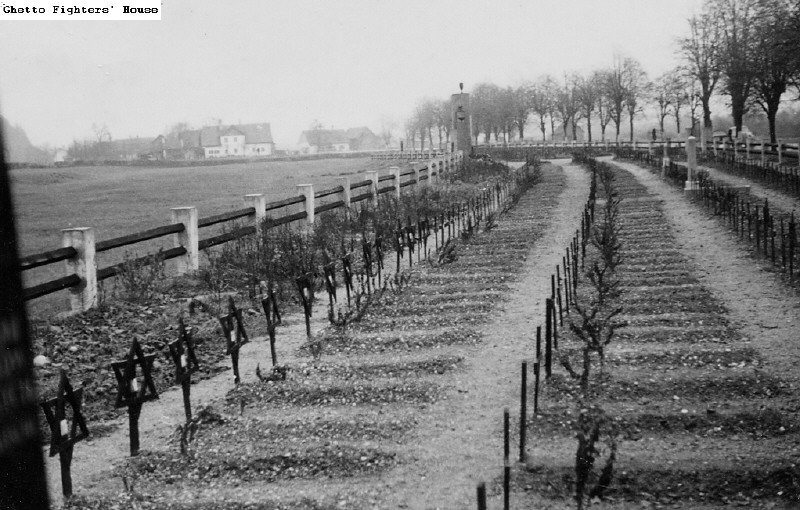 Yes, he was initially buried on the camp’s cemetery in a single grave (although at burial he was mixed up with a Josef Friedmann, who died on the same day). Then in spring 1952, all the remains of victims were exhumed and transferred to a new cemetery and reburied. The headstones from the old cemetery were made from wood and were destroyed, and the old cemetery is now a field. Unfortunately, the exhumation was carried out unprofessionally, so names were lost or could not be matched to human remains. The result is that many graves are unknown. He was reburied in the new cemetery, but not in a single grave – rather in a section of Jewish victims. His name is listed on a Mauthausen memorial wall. 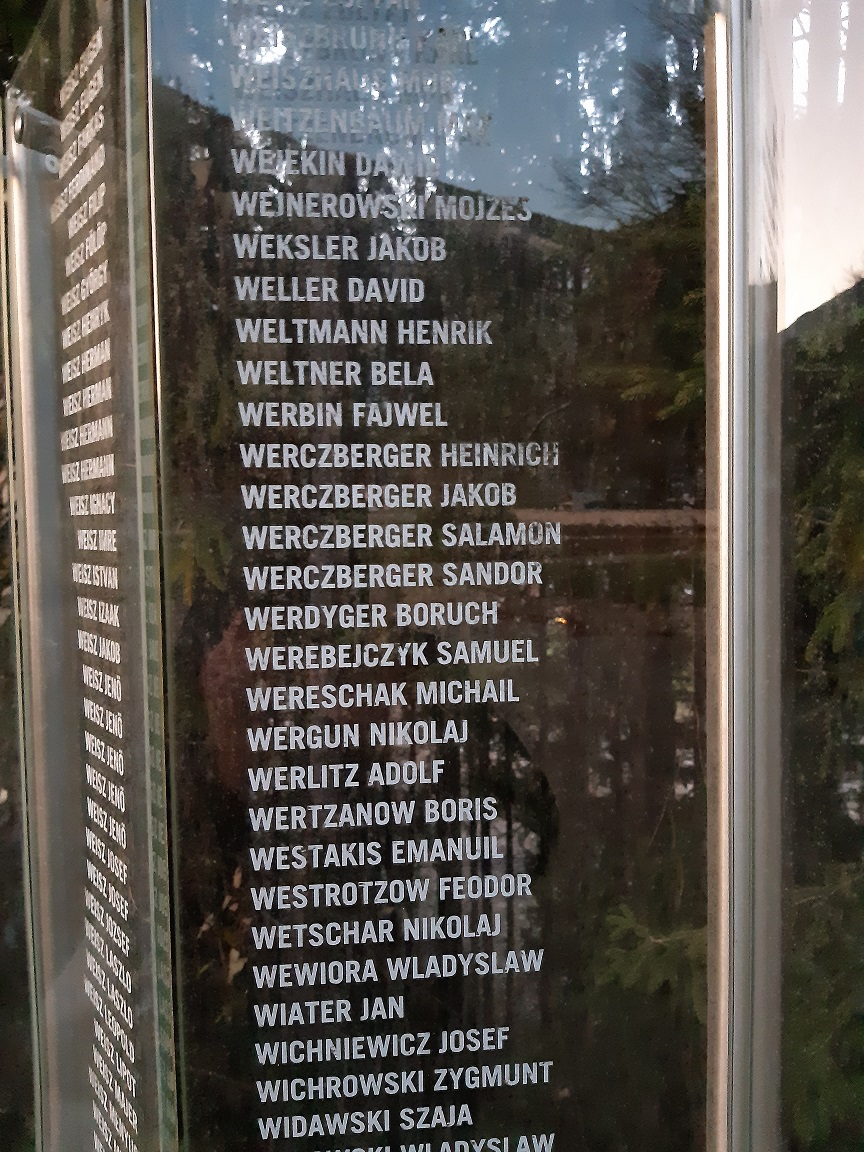 What an emotional roller coaster (note to self: while at weddings, immerse in the experience and don’t check emails): Survived. Died. Buried. Reburied.

I was also thinking about my father’s reaction. What if I had been able to find this out earlier (and some of the documents were already available, so it was really for lack of better research on my part that we did not, and a source of further regret for me). How might he have reacted? Would he have been glad to learn of his brother’s fate? Or devastated at how he came so close to “really” surviving? One of my father’s greatest regrets was his inability to grieve his parents properly according to Jewish law. If he had know about Boruch’s fate, he would have been able to say kaddish. But would he have been racked by the regret of not being able to find out any earlier?

All of that is of course academic. My father is now in Olam Ha’Emet – the World of Truth – and he learned of Boruch’s fate well before any of us. But nevertheless this hypothetical aspect remains part of the emotional response to discovering this piece of our family’s history.

The plan was to visit his gravesite to mark his 75th yahrzeit, but with COVID-19, that too was disrupted. Fortunately, limited minyanim have resumed in Melbourne, so we will be able to say yizkor for him on Shavuot, and say kaddish and drink l’chaim for the very first time on the day of his yahrzeit.