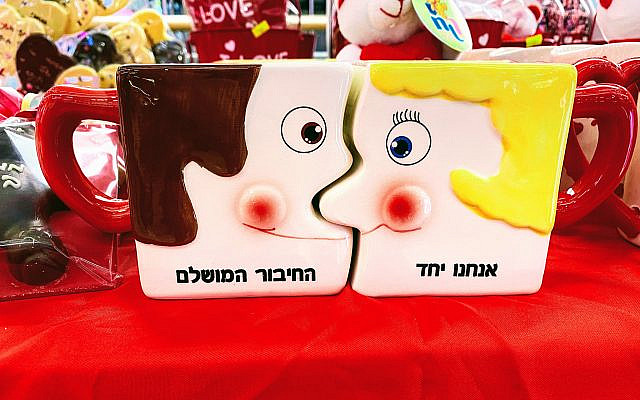 In this week’s Torah portion, Ki Teitzei, there is a whole section pertaining to Jewish laws of marriage. In light of this, I thought I’d share a few brief lessons that I learned from a number of influential people in my life about this holy union.

Marriage can be hard.

My father used to tell a joke about a woman that goes to the doctor and she comes out all upset and says to her husband, “The doctor told me that I have tuberculosis and am going to die soon.” The husband looks at his wife and, wincing his eyes, he says to her: “The doctor didn’t say you have tuberculosis and are going to die soon; he said you have a tuchus colossal and need to go on a diet!”

Have a good sense of humor.

True story, coming back today after being invited for Shabbat lunch, my wife and I had a pretty long walk home, and it was incredibly hot and humid today. When we finally got home, I was feeling a little dizzy and sick, and went to lie down for a couple of minutes. My wife comes in and asks me what was wrong, and then she says innocently (I think), “It’s okay, you’re just a little dehydrated, and you need to be liquidated!”

Staying Together is Half the Fun.

One of my best friends recently was marveling that he’s been married over thirty years already, and he said to me: “I’m shocked that my wife still likes me after all this time. No one that knows me that well likes me that much. [smiley] ” So teasingly, I reply: “How do you know that she still likes you. LOL” To which my friend replies with a good dose of honesty: “If she didn’t like me anymore, she wouldn’t stick around!” Maybe the next provocative question could’ve been (but smartly wasn’t), “But how do you know what she’s putting in your food?”

I guess at the end of the day, like all things, marriage is partially what you make of it and how hard you work at it. Remember, bringing two people together, even two halves of the same whole, can be challenging and requires understanding and compromise. The final lesson that I’ll share from Judaism is that it takes three partners for a successful marriage: the man, the woman, and G-d. Without the latter, probably none of us would survive even the first bliss-filled year. The rest is icing on the wedding cake.