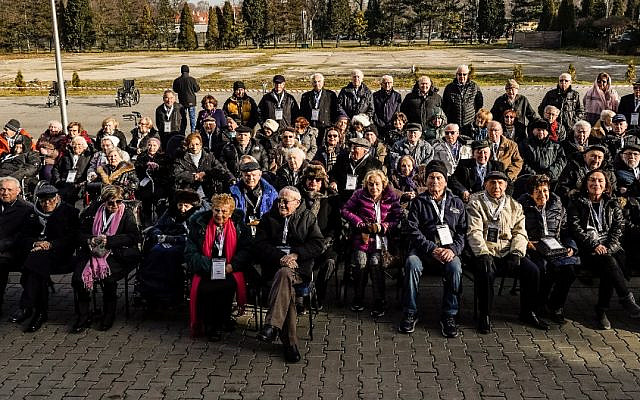 A small personal memory in a public forum, but one that I believe speaks to the current zeitgeist that’s revolves around the challenging quest to bolster resilience amongst our younger generation at this time in particular. Over 30 years ago the stirring tune sung at our chupa in Yerushalayim was set to words from the prophet Jeremiah.“Lechteich acharai bamidbar, be’eretz lo zarua”.  These words nostalgically refer to the relationship between God and the Jewish People, those who, in their period of “courtship”  were ready and willing based on faithful love alone, to journey en masse into the desert, to a land unsown, in order to build a world unknown.

In the Haftarah we read on the holiest of days, Rosh Hashanah, the same prophet Jeremiah refers to the Jews as a “People who are Survivors of the sword”. These words are imprinted on my consciousness as a Jew, having been the refrain of one of the first tunes I learned aged 10 as a member of the renowned Yigal Calek’s London School of Jewish Song- Pirchei London.

From those years singing as a member of the choir, there is another composition that similarly springs to mind; this one set to the famous words of the 12th of Maimonides’ 13 Principles of Faith- “ Ani Maamin- I Believe!” on many occasions we heard Yigal introduce the dramatic musical prelude at live concerts with the words “For generations the Jewish People have sung Ani Maamin; throughout the Holocaust we sang an Ani Maamin; but today, we share with you a new Ani Maamin- An Ani Ma’amin of Hope! A March! Please God we shall march together to greet Mashiach Tzidkeinu! Orchestra- Take it away!” And with a flourish a thunder of wind instruments would burst forth and 20 young boys on the stage would be seen marching on the spot enthusiastically regaling the audience whilst singing with youthful gusto a new rendition of Ani Ma’amin!- A refrain of despair laced with longing, replaced by a refreshed march of hope! 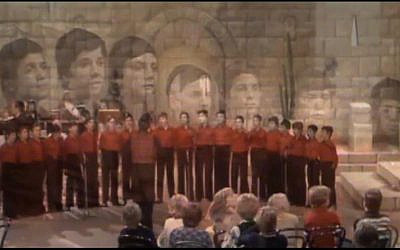 We are hearing much talk about the imperative to teach and nurture resilience for all, about how this life skill and trait has been paramount throughout this Corona time and shall be increasingly so in the “new normal”, post pandemic world. As a Rabbi, educator and parent I wholeheartedly applaud and agree with this sentiment. However, I would like to suggest that both resilience and the concept of “new normal” have been integral to the life of the Jew throughout our epic 3500 year journey. The Jews are a quintessentially resilient people. So much so that for us- new is normal; adaptation in our blood. The concept and practice of chiddush- freshness, innovation, transformation, and examining anew, a part and parcel of Jewish life, learning and application.  From the beginning of time we have been relentlessly propelled with drive, aspiration and hope for the fulfilment of a vibrant future, the quest to achieve has also made us the most obstinately persistent of nations to match.

Over the course of two decades I have personally interviewed numerous Holocaust Survivors worldwide. I have marvelled at the deep seated resilience and persistence that is the hallmark of so many. These two traits are indeed similar, however, certainly not one and the same. Persistence is the ability to continue and stay the course, despite the obstacles. Resilience is the capacity to adapt to changing and often challenging circumstances. Each demands a toughness and grit perhaps beyond the average. With varying degree, the Jewish People have indeed displayed both to an incredible measure. We are described as an “Am kshei oref- a stiff necked (obstinate) People”. Rabbi Dr Nachum Rabinovitch z’l, cited this accolade of obstinacy as the salient feature that leads to God forgiving even the most heinous of crimes of the Jews throughout history.

After all, who but a notoriously obstinate People would persist as Jews, clinging to the God of our faith and our core identity through thick and thin despite the generational persecutions, trials and travails? Holocaust Survivors have become my greatest mentors in persistence. I have personally inquired of hundreds as to how they managed to go on, when all was but lost. “My Mother/Father commanded/willed me to go on, to bear witness, to survive as a Jew. ‘Bleib a Yid!’ were the last words I heard. So, no matter the obstacles, I just kept going on- one step at a time” sums up the universal answer I received. A People that knows where its headed, will endure any journey. 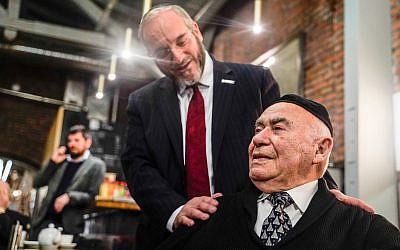 The trait of resilience is perhaps subtly more nuanced than that of persistence, albeit no less prevalent amongst our People. Against the current backdrop of debate on the subject, it is worthwhile noting the difference. Unshakeable persistence has been an invaluable virtue for the persecuted and pursued Chosen People; it can also be stupid, myopic and terminal in other contexts.

If resilience is predicated upon a deep understanding and appreciation that life is full of challenges and that flexibility, optimism and willingness to change are the fundamental attitudes necessary to steer the course, then perhaps the “wandering Jew” wrote the manual on resilience centuries ago. Haven’t we been schlepping the book around in our suitcases each time we were driven from another Anatevka? Are we not the People who adapted with dogged tenacity each time we moved on, the regime changed, the language, the dogma, the dictator, the culture, the weltanschaung, the government or the borders of the day?

The first commandment given to the Jewish People as they prepared to leave Egypt charged with the mission to bring Gods word to mankind, was that of identifying the new moon. A People who’s journey follows the lunar cycle has built into its national psyche the ups and downs, trials and tribulations of a fate that waxes and wanes with the vicissitudes of time. Neither the dark of the night, nor the resplendence of the sun blinds its collective vision. The hallmark of the Jew is the uncanny ability to constantly reinvent himself and his modus operandi, whilst maintaining a steadfast fidelity to his creed.

Notwithstanding Michael Dickson and Naomi Baum’s fascinating new book Isresilience which beautifully highlights a whole range of contemporary Israelis who personify resilience, I would suggest it is precisely this trait that kept the Jew and Judaism as immortal as the Creator Himself! Resilience is not a modern Israeli creation, rather an embodiment of the People of Israel itself. The very name Yisrael implies survival alternately through, despite and at times because of that very struggle! In fact, it is the very confluence of persistence and resilience that perhaps can provide us with greatest insight. The prophet Isiah (41,4) describes the Creator as “korei hadorot merosh- One who calls the generations from the start.”

A People that reads its destiny from the beginning; a nation that appreciates there will be challenges every step of the way; parents who know to transmit and transform that arduous journey to an epic story on Seder night know too to empower, train and educate their children to transition that story to a song, adapting the score to harmonise with each dynamic movement! Such a nation suckles both persistence and resilience with its mothers milk. Such a People around Yom Hashoah, Yom Hazikaron then Yom Ha’atzmaut some eight decades later, uncannily sings with pride, exhilaration and harmony- an Ani Ma’amin that flows into Am Yisrael Chai, to Od Avinu Chai! Such a youth marches upright to a new song that carries us through sefirat haomer till the Mount Sinai of Shavuotcontinously learning from the past, grappling with the present escorting us all to our future- one universally resonating with the call of “hein ga’alti etchem-acharit kereishit and L’shana Haba’a biYerushalayim habenuyah!”