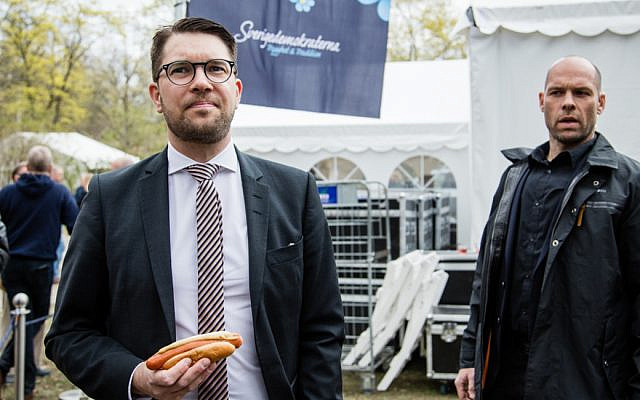 The biggest winner of the Swedish elections was the populist anti-immigration party, the Sweden Democrats, which had a strong showing of nearly 21%, its best result ever. The party gained on promises to crack down on shootings and other gang violence that have shaken a sense of security for many in Sweden.
The party has its roots in the white nationalist movement but many years ago began expelling extremists and racists. Its rebranding and stance against all kinds of extremism made them the second biggest political party in Sweden.

I have lived in Sweden for 19 years, when I came to Sweden 2003 there were no problems like we see today. Today Sweden got enourmous problems with organized crime, radical Islam, segregration, addiction among other things. For decades our parliament did nothing to reverse the destructive trend.
I feel sorry for the youth that have to grow up in segregated areas, I feel sorry for the moms that have to bury their children because of violent crimes. For natural reasons I feel very angry at the Swedish establishment. They have done nothing to battle Islamism, they have done nothing to battle organized crimes, they have done nothing to secure Sweden’s border. They have not even wanted to throw out migrants who have committed serious crimes such as murder and rape.If you kill someone as a guest in Sweden, you should be deported! Sweden Democrats are good because they want this. 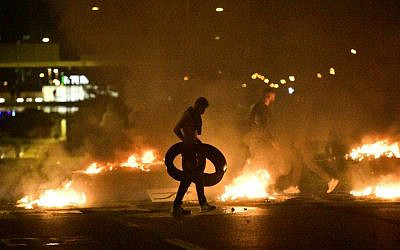 Behind the success of the Sweden Democrats was that they managed to identify the failed policies and shortcomings of many political parties: their inability to discuss the link between excessive migration and its effects on the already failed integration. With immigration as a common thread, they have since established themselves as Sweden’s second largest party by attracting workers from the Social Democrats, entrepreneurs from the Moderate party and in principle won the countryside from the Center (farmers) Party.

Another reason for the Sweden Democrats success is that Sweden as a nation have failed at combating Islamism, especially the Islamism of the Iranian regime and the Muslim Brotherhood. The sad truth is that the Islamists of Sweden, are slowly turning Sweden into a Muslim Brotherhood’s safe haven, creating massive problems with integration and other kind of problems iwth the large number of Muslims that have come to Sweden the last two decades.

The Swedish establishment have been extremely naive, for decades they thought islamists have the same values as the common Swede. But the truth is that islamists don’t have the same traditions, values and customs as the rest of us, and Sweden have been to delulded to acknowledge her ignorance regarding non european extremists like the Muslim Brotherhood.

But the truth is that you don´t have to be a rocket scientist to acknowledge that Islamic extremists are irrational, selfish, greedy, backward and have a ignorant mentality- as seen in the new Swedish-turkish political islamist party Nyans.
Sweden Democrats think criminals and islamists ought to leave Sweden, and that Sweden really ought not to allow herself to be either effaced or changed in principle by those people.

The demographics do not advise large islamist immigration and certainly advocates unrelenting and focused efforts to naturalize them into becoming citizens who are happy and proud to be Swedish, otherwise they think mass deportation and cancellation of citizenship of islamists and gangsters is a sound policy for the benefit of everyone in future.

I myself believe that radical reforms are needed to fight crime in the country that has the most shootings in Europe, and which, according to some reports, is the West’s largest exporter of jihadists per capita.

This could easily change – with some education. I´m sure if Jimmie Åkesson or Richard Jomshof met in person with for example Saudi intellectuals like Salman Al-Ansari or even better his Excellency Adel al-Jubeir – then they would see that true Muslims are more alike than different. They would also have been able to see and hear how the Muslim world has fought Islamism – which they have done in a much harsher way than what the Sweden Democrats have suggested so far, for example throwing out their own citizens if they are violent extremists.

Saudi Arabia has also for a long time warned about Islamist extremism supported by Turkey, Qatar and Iran, the type of Islamist extremism that has taken root in Sweden. Here the Sweden Democrats and Sweden as a country have a lot to learn.

Right wing does not necessarily mean racist, white supremacist, or German fascism. I hope the majority of the trouble making islamists are repatriated or those refusing to integrate but Islamise against Sweden’s values will get deported, and that’s why I voted for Sweden Democrats in the Swedish elections.