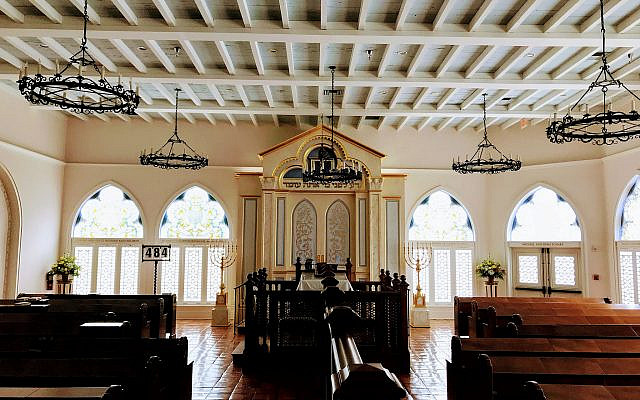 Recently, I heard about a synagogue that had an election. A new board and leadership were put in place. Of course, there are plenty of politics that go on with any election and for any organization. However, once the election is over, it’s over until the next time.

However, I understand that in this situation, someone seems to continue to hold a grudge. As soon as the services come towards the final portion, this individual, who apparently sits prominently in front of the shul, takes off the tallit (prayer shawl) and slowly and very publicly prepares to leave. He stands up—first comes the coat, then the hat, then the scarf, then the gloves, and then out they go, almost as if they are marching to their own beat.

The person telling me this story said, “at first I thought they must be upset that they weren’t elected or didn’t like who was, and that it was a temporary ‘protest moment’.” But then this went on week after week. The funny thing is that when he used to be the one giving the announcements or speech at the end of services, of course there was the presumed expectation that everyone else would listen, pay attention, and show proper respect. However, now that others are in the position and have the opportunity, week after week, they just walk right out in the middle.

I can imagine that the person must somehow feel slighted or very upset and I have compassion for them and wish them well. At the same time, I am myself upset and even angered thinking about the disruption to the services, and disrespect not only to the people, but even more importantly to Hashem! I think how many people walk long distances and in even bad weather to get to shul, and here this person is stomping out, and ruining it for everyone else.

It is common for synagogues around the world to have the following phrase over the Holy Ark that means “Know before whom you stand” i.e., G-d:

In other words, we are reminded that this is not just any old building or your living room, but rather a House of G-d and everyone should act appropriately, with respect and honor before the L-rd.

Interestingly, in this week’s Torah portion, Terumah, we read about G-d’s commandments to the Children of Israel to build the Mishkan, the portable sanctuary for the Jews as they wandered in the desert after leaving Egyptian servitude and before arriving in Eretz Yisrael. G-d tells us (Exodus 25:8):

They shall make for Me a sanctuary, and I will dwell among them.

Clearly, the mobile sanctuary and later the Holy Temple in Jerusalem and now our synagogues are “Houses of G-d,” where we go to pray, learn Torah, and worship Him, and where He resides among us.  Sure, G-d is everywhere, but the synagogue/Temple is a unique, special, and spiritual place where we as community dedicate ourselves to G-d and worship Him. It should go without saying that the synagogue is not a place for petty politics, protests, or other antics.

Certainly, I am not religiously perfect, and nobody is. I can only look to the example of my own grandfather and father, who were wholly inspiring in this regard. I remember so fondly as a child growing up in Manhattan and attending Ramat Orah synagogue, where my dear grandfather, Simon Blumenthal (ז׳ל) served as President for many years, and where my father, Fred Blumenthal (ז׳ל), served on the Board. Their loyalty and dedication to not only attending, but also to serving had a lasting impression on me. While perhaps, they may have disagreed with other’s opinions, they never let that interfere with their commitment or reverence for the synagogue itself. They were Holocaust survivors who saw the destruction of their own shuls in Europe. Now in America, they did everything in their power to build the synagogues, enhance their physical beauty and function, and support the community.

As Jews, we are supposed to make a “Kiddush Hashem” (sanctification of G-d’s name) and not Chillul Hashem (desecration of G-d), and so my hope and prayer is that people in this synagogue and in every synagogue, can “let go” and instead “let G-d.”