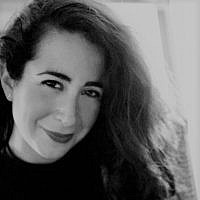 The Blogs
Jordanna Gessler
Apply for a Blog
Advertisement
Please note that the posts on The Blogs are contributed by third parties. The opinions, facts and any media content in them are presented solely by the authors, and neither The Times of Israel nor its partners assume any responsibility for them. Please contact us in case of abuse. In case of abuse,
Report this post. 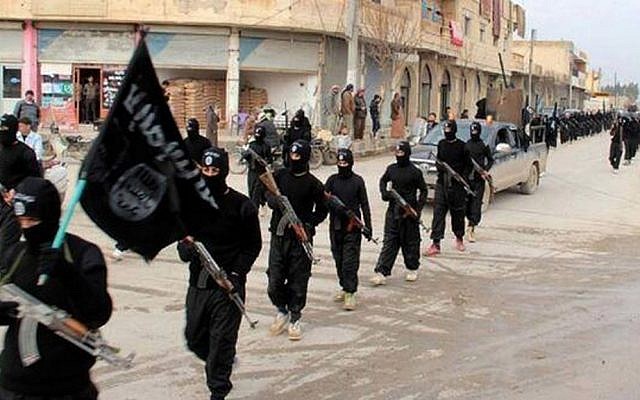 Illustrative. This undated file image posted on a militant website on January 14, 2014, shows fighters from the al-Qaeda linked Islamic State of Iraq and the Levant (ISIS) marching in Syria. (AP)

What constitutes “genocide,” and why does it matter?

The question hovers over the conflict in Syria, which has raged for seven years and counting. While most observers describe it as a civil war, the debate on using the phrase “genocide” is triggered by alleged Assad regime actions such as April’s chemical attack in Douma, which killed more than 70 people.

US Ambassador to NATO Kay Bailey Hutchison said after the Douma attack that Russia should stop supporting Assad and “do something to stop this kind of genocide,” and the United States proceeded to work with the UK and France on a series of military strikes against Syrian government sites. Whether this means the US considers the Syrian atrocities a “genocide” on an official level, countries’ willingness to take military action against Assad indicates that their policymakers, leaders, and community members believe a genocide — or something resembling one — is occurring.

Yet it can also be dangerous to go too far in describing the gravity of the Syrian atrocities, through making historical comparisons. It is always important to avoid comparing one people’s suffering to another’s. About a year ago, former White House Press Secretary Sean Spicer infamously said regarding Assad, “You had someone as despicable as Hitler who didn’t even sink to using chemical weapons.”

Even if Spicer’s comments had been factual and sensitive to begin with, they raise the question of whether it is ever productive to compare other atrocities to the Holocaust. Comparing Assad’s actions to Hitler’s cheapens both atrocities. People commonly use “Hitler” or “the Holocaust” to measure other mass murders against some sort of “genocide prototype.” Although the Holocaust is arguably one of the most well-known genocides, it is just one of many genocides in modern history, including throughout the 20th century. It is important to discuss genocidal events prior to and after the Holocaust to recognize their lasting impact. When a community is murdered, it marks not just the loss of people, but the loss of a nation, its history, and its traditions.

The loss inflicted by genocide is a connecting factor for all humans. Although it is easy to turn off the news and ignore what is happening in countries like the Congo, Syria, and Myanmar, if history has taught us anything, it is that we cannot ignore when innocent people are being brutally murdered.

My experience as a Holocaust scholar and educator has shown me that comparative analysis of atrocities is important and instructive, but must not be conducted without appropriate research and contextualization. The tendency to make sloppy comparisons is what leads to inflammatory comments such as Spicer’s. I am grateful that my education at the University of Haifa, in the Weiss-Livnat International MA Program in Holocaust Studies, provided me with the strong foundation to engage in much more meaningful comparative analysis on genocide. And the Holocaust is not the only paradigm for such research.

In his chapter titled, “Mass Deportations, Ethnic Cleansing, and Genocidal Politics in the Later Russian Empire and the USSR” from “The Oxford Handbook of Genocide Studies,” Nicolas Werth details the extreme violence that took place under Joseph Stalin. Werth argues that the differences of mass state violence during the Czarist and Bolshevik regimes were less obvious than previously believed, and that these examples underline the dilemmas that envelop the definition of genocide.

“[What] differing interpretations among historians show is both the weaknesses of the definition of genocide…and the porous nature of the borderline between ethnic cleansing and genocide,” writes Werth.

The definition of genocide is highly contested and not always useful. Therefore, the best way to understand and describe genocidal actions is through connecting the stages and steps taken during mass atrocities based on racism, anti-Semitism, political power, bigotry, and territorial control.

For example, Ben Kiernan writes in his book, “Blood and Soil,” that “the two perpetrator regimes, [Cambodia’s] Khmer Rouge and [Rwanda’s] Hutu Power, shared preoccupations with racism, antiquity, and agriculture, and they even harbored significant territorial ambitions.” The territorial ambitions of the Khmer Rouge, Young Turks during the Armenian genocide, Hutu Power, Czars, and the Soviet leaders focused mostly on “lost territories” and bordering lands, meaning areas that had historical connections to their own ownership and loss. Hitler’s territorial expansionism that was intrinsically linked with the Holocaust went beyond the notion of “lost territories” and was aimed at controlling most of the European continent. This point is not trivial.

There is a strong connection between the expansion to specifically “lost territories” and national goals that resulted in genocidal activity in Russia, the Ottoman Empire, Cambodia, and Rwanda. The desire to unify lands that were part of historical narratives of belonging perpetuated sentiments of national unity and subsequent incidents of mass violence in the aforementioned countries. Therefore, drawing comparisons exclusively to the Holocaust does not truly explain the hatred of other historical and contemporary genocides, nor does it offer us complete insights into how to combat or prevent genocide through education and other means.

Analyzing genocidal events that took place before and after the Holocaust, or are currently transpiring, is a crucial tool in genocide research. Although the unprecedented actions of the Holocaust did shape the definition and awareness of genocide on a universal scale, the Holocaust does not always need to be the prototype for assessing all atrocities. Drawing comparisons between different state-perpetrated mass murders, including the chemical attacks in Syria that were allegedly carried out by Assad, will help us make progress towards a more consistent definition of genocide. A widely accepted definition, in turn, will lead to coherent policy outcomes on the government level.

About the Author
Jordanna Gessler is Director of Education at the Los Angeles Museum of the Holocaust and an alum of the University of Haifa’s Weiss-Livnat International MA Program in Holocaust Studies.
Related Topics
Related Posts
Comments