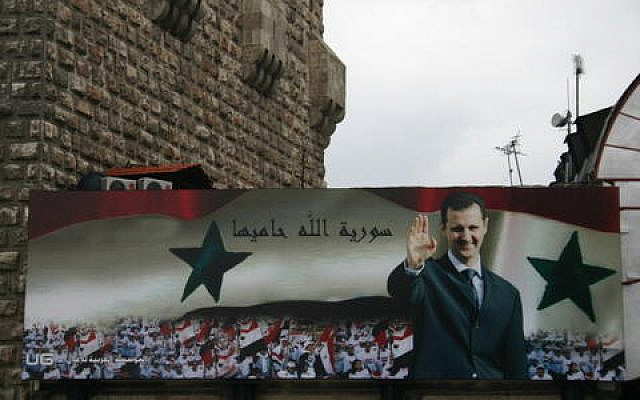 While Turkey is engaging in a round of “charm diplomacy”, with President Erdogan’s visit to the UAE and the forthcoming visit of Israel’s President Herzog to Ankara,  Syria has joined China’s ‘Belt and Road Initiative’ (BRI) out of desperation for funds to reconstruct its war-ravaged economy. At a time when Damascus is not getting enough support from its traditional partners in Tehran and Moscow, because both of them are facing their own financial challenges due to COVID, Syrian President Bashar al-Assad regime views China as a potential partner and investor in its reconstruction efforts.

Damascus also looks up to integrate its economy with the other BRI partners in West Asia and other parts of the world so as to reverse the continuous and sharp decline in its economy since 2011, the year civil war intensified.

For China, Damascus’ desperation and urgency to rebuild the destroyed infrastructure in war subsequently, is an opportunity to enhance its footprints in the Middle East. Syria has been under increased focus of Beijing as it represents a corridor to the Mediterranean Sea, which bypasses the Suez Canal and connects China to the African and European Continents. The Assad regime was also impressed by Beijing’s bold initiatives to thwart direct western military intervention at the UN Security Council, after which it accelerated the signing of the MoU for the BRI.

Although, Damascus’ joining the BRI shows its political trust with China, it will neither be easy for China to implement its projects without security challenges nor to get reasonable returns on their investment. But Beijing is counting on its strategic advantages. It would certainly benefit from the incorporation of Mediterranean ports, Tartus and Latakia, into the BRI and enhancing economic outreach in the region. Moreover, China also aims at strengthening its presence in Greece’s Piraeus as well as Israeli ports of Haifa and Ashdod due to Syria’s participation in the BRI.

Syrian authorities also find Chinese investment as a reliable alternative for funding its reconstruction efforts at a time when it is not getting financial support either from its traditional partners or from multilateral agencies due to the US sanctions under the Caesar Act. Following the signing of MoU on BRI, Fadi Khalil, head of state’s Planning and International Cooperation Commission stated that Damascus’ admission into BRI would help in boosting bilateral cooperation with China and cooperation with other countries along the BRI, which would enable to circumvent the effects of the US sanctions. Unlike the US and West, Damascus see a ray of hope in Chinese investment/funding as they come with no strings attached in terms of human rights or democracy. In addition, China could also supply most of the goods that Syria needs.

The fate of Syria in general and its economy in particular remains in doldrums. Help from Beijing, although does not have any strings attached pertaining to human rights and democracy, but China’s track record is that its projects land up the recipient countries in debt trap as seen in case of Sri Lanka and Angola. Syria would find the cost of Chinese funding to its infrastructure projects high as Beijing mostly provides funds on commercial terms rather than concessional rates.

On the other hand, China would have to face many challenges in Syria. Apart from security issues, Syria lacks key raw materials and there are US sanctions on Syrian trade, officials and institutions. This increases China’s risk in investing in the country. Syria is a non-investment grade country and returns on Chinese investment do not appear to be positive any sooner.

The Syrian economy has been devastated by war and witnessed massive destruction of infrastructure worth US$120 billion. As per UN estimates, the rebuilding of war-torn Syria would need around US$250 – 400 billion. Damascus could only allocate US$115 million for reconstruction out of the total budget outlay of US$8.9 billion in 2019. The COVID pandemic has added additional pressure to its budget, which is evident from the fact that Syria’s budget for 2022 is the smallest since 2011 (USD 5.3 billion) with a deficit of US$1.6 billion, reflecting depth of the crisis in the country.

Syria is desperate while China wants to take advantage of this situation for expansion of its BRI. Nevertheless, things are not easy for either of them. China was compelled to curtail its global BRI investments in 2021 due to the COVID pandemic, but it increased BRI investments in the Middle East and North Africa, accounting for 28.5 percent of the total. The two parties have their own reasons for signing the MoU, but it would eventually boil down to basics of economics. Under the present circumstances, Damascus cannot service the debt. Historically Beijing’s promises are big, but funding and implementation are slow with a high skewness favoring China in terms of economic and strategic benefits as exemplified by Bangladesh.