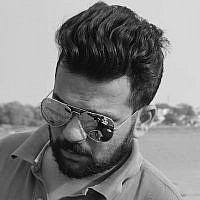 The Blogs
Akshit Singh
Apply for a Blog
Advertisement
Please note that the posts on The Blogs are contributed by third parties. The opinions, facts and any media content in them are presented solely by the authors, and neither The Times of Israel nor its partners assume any responsibility for them. Please contact us in case of abuse. In case of abuse,
Report this post.

As Washington scuffles with the fallout from Russia’s aggression of Ukraine, lawmakers, and administrators are also grappling with what the war means for a different territory watched by a U.S. rival half a world away. In several congressional hearings this week, lawmakers pressed U.S. military leaders and intelligence officials to scrutinize how the war in Ukraine might be concerning China’s thinking on invading Taiwan. The takeaway: Beijing seems alarmed by both the strength of the global condemnation of Moscow and the Russian military’s struggles in the first two weeks of the war, but it’s ambiguous whether that’s enough to stop Chinese President Xi Jinping from using force to execute his No. 1 priority of reunifying China and Taiwan.

Intelligence inputs suggested Beijing may be more reluctant to act now. Nevertheless, we should not underrate President Xi and the Chinese leadership’s determination with respect to Taiwan. A little more than two weeks after Russia launched a massive raid on Ukraine, Kyiv and most major cities stay in Ukrainian hands, though Russia has had better progress in the south, occupying Kherson and sequestering Mariupol through devastating attacks — including bombing a maternity hospital.

As per, U.S. officials Russia failed to attain its goal of quickly overwhelming and grabbing Kyiv because of a stronger-than-expected Ukrainian resistance and the Russian military’s own logistics failures, including low fuel and food supplies. Meanwhile, Russia’s economy is in chaos after the West imposed stringent sanctions and prominent companies pledged to end business there, and the U.S. Defense Intelligence Agency gauges as many as 4,000 Russian troops may have been killed in the first two weeks of the war.

The death toll is one of the lessons Beijing should be learning from the war in Ukraine.

Number one is the loss of life needed to concoct and enforce an outlawed war is certainly something that ought to be taken away and the high death rate is something that “will torment” both Russian President Vladimir Putin and Xi. China should also take note of the broad international condemnation of Russia’s actions and the “significant economic impacts that the free world can bring together.

The United States regards Taiwan as a democratic rampart against tyrannical China’s expansionist purposes but does not officially recognize Taiwan as an independent country, a careful highwire act that has been U.S. policy since President Richard Nixon established relations with China in 1972. But the United States has still sought to solidify Taiwan against a probable Chinese invasion, including training Taiwanese forces and selling Taipei fighter jets, anti-ship missiles and other weapons. China believes Taiwan is a breakaway province, and Xi has pledged to pursue “reunification.” While U.S. administrators say Xi would prefer to accomplish that through coercive efforts short of all-out war, they add he is prepared to use military force if needed.

In my opinion, China could try to invade Taiwan within six years as Xi has told his military to “complete its modernization” by 2027. Keeping in mind the Chinese movements such as breaking down on Hong Kong, claiming disputed territory in the South China Sea and skirmishing with Indian forces along the China-India border which cost huge losses to PLA and faced backlash in mainland China as Xi tried to hide the causality from Chinese populace.

For the U.S. military, the Russian aggression of Ukraine has been “a real wake-up” on the need to equip for a possible Chinese invasion of Taiwan, including positioning more troops and ships in the Asia-Pacific region.  One facet that could be contributing to China’s apprehension in the wake of Russia’s attack on Ukraine is Beijing’s own intelligence defeats. President Xi is worried by what he’s seen because his own intelligence doesn’t appear to have told him what was going to happen. Weeks before Russia’s invasion of Ukraine, Putin and Xi inscribed a pact that stated there were “no limits” or “‘prohibited’ areas of cooperation” between Russia and China.

I don’t expect major transformations in China-Russia ties post-Ukraine invasion, as Beijing is concerned about the “reputational harm that China suffers by tie with the ugliness of Russia’s aggression. The war in Ukraine is having “an impact on the Chinese calculus with regard to Taiwan, which we should pay close attention to it.