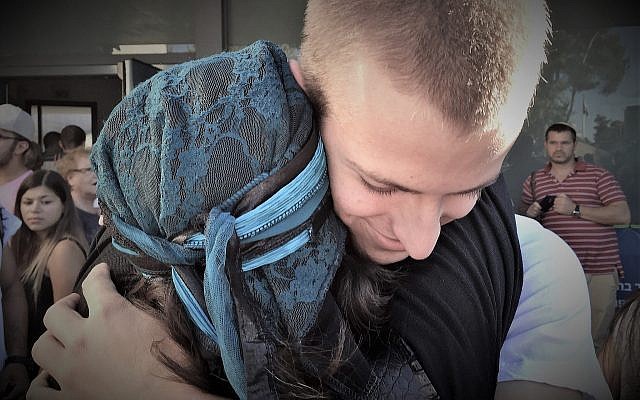 When his future arrival was still a secret, a careless driver collided with my car door. My hand instinctively flew to protect my belly, rather than to the dashboard to protect myself. Such is a mother’s love.

This boy. This wondrous and magical boy.

When he was one, and I found myself in danger, fearing for my life, the thought of this golden-haired, blue-eyed boy carried me through, as I imagined his sparkling smile.

This boy. This even-tempered, rational boy.

When he was 5, we saw him get angry for the very first time. A rumbling “moose call” welled up and burst out from inside him, and all we could do was laugh.

This boy. This generous and caring boy.

When he was 10, he stepped aside to make room for a foster brother a year his senior, graciously sharing all that was his, including the hardest thing of all: his parents.

This boy. This innovative, creative boy.

When he was 13, his tutorial for making paper rocket launchers was featured by a Lithuanian website, inspiring thousands of English-speaking teens.

This boy. This compassionate and peaceful boy.

When he was 16, his conscience clashed with his love of meat, and he became vegetarian 24/6, as part of a deal he made with the cows.

This boy. This modest and unassuming boy.

When he was 17, he designed a productivity app that has been downloaded more than 100,000 times. But he never let it go to his head.

This boy. This guitar-strumming, wood-working boy.

At 18, this sandy-haired, grey-eyed boy has broad shoulders, weathered hands, and long arms that are perfect for high-fives or a warm embrace.

And in the years in between, this boy filled our lives with wonder and adventure. He shared with us his loose teeth and scraped knees, K’nex contraptions and domino rallies, drum solos and cheek concertos. His life was full of bike rides and back flips, dog walking and doodling, roller coasters and wave boards, photography and art projects, culinary experiments and krav maga, judo and junk food. And as he grew, his paper airplanes gave way to hackathons and stellar grades, and we learned to rely on his expertise in audio equipment and mobile phones.

But the IDF said: “Take now your son, your youngest son, the son you love, whose name means ‘joy’ and ‘friendship,’ and go to the place that I will show you and offer him to the service of his country.”

And this boy, this gentle, caring boy, is being trained for combat.

Trembling, we wake up early in the morning and ascend to that place, and hand him over willingly, graciously, entrusting his care to something larger than we are as he gives up his autonomy. We mourn his loss of freedom and our loss of our family as we know it, fearing for his safety, missing him already, knowing that he will be absent from many family occasions in the future. Suddenly, we become Israeli in a different way, joining the ranks of parents who stop breathing for two or three or five or nine or eleven years, while waiting for their own “this boy” or “this girl” to come home.

As we force ourselves to separate, we curse the reality which demands that we send our sons and daughters to war, when we long to be beating our swords into plowshares. But at the very same time, our hearts swell with pride and soar with gratitude, as we look at our son in awe and bless the reality in which we live in our own homeland and can take responsibility for our own defense.

This boy. This mild-mannered and moral boy.

This boy. This buzz-cut, khaki-clad boy.

May God bless and keep this boy.

May God shine the divine light upon him and be gracious to him.

May God turn toward this boy and bring him home safely to this mom.

And may God grant him, and all of us, peace. 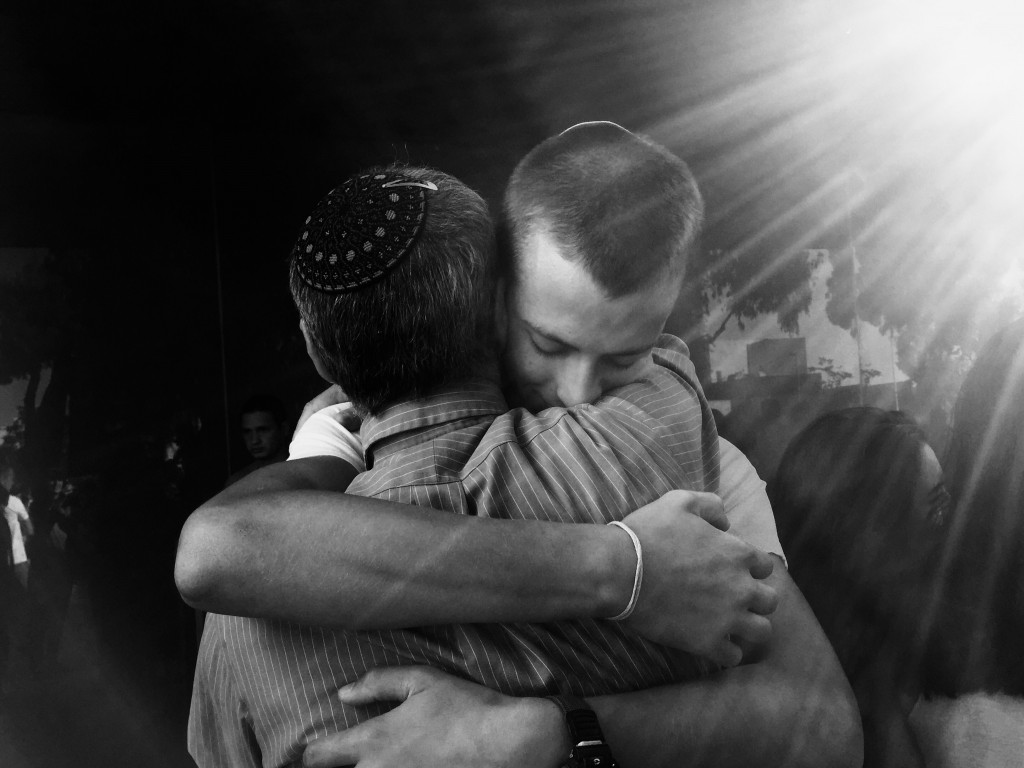