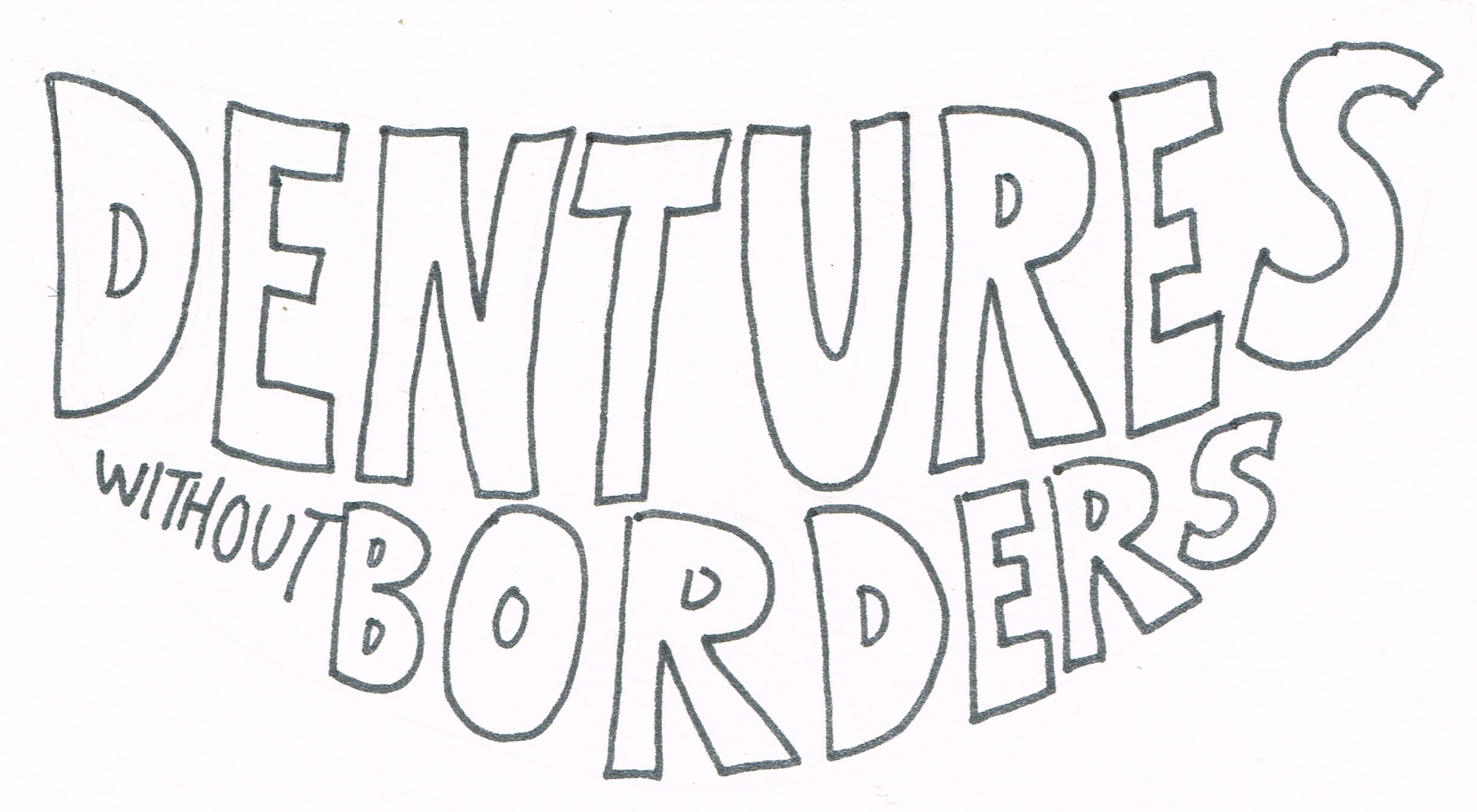 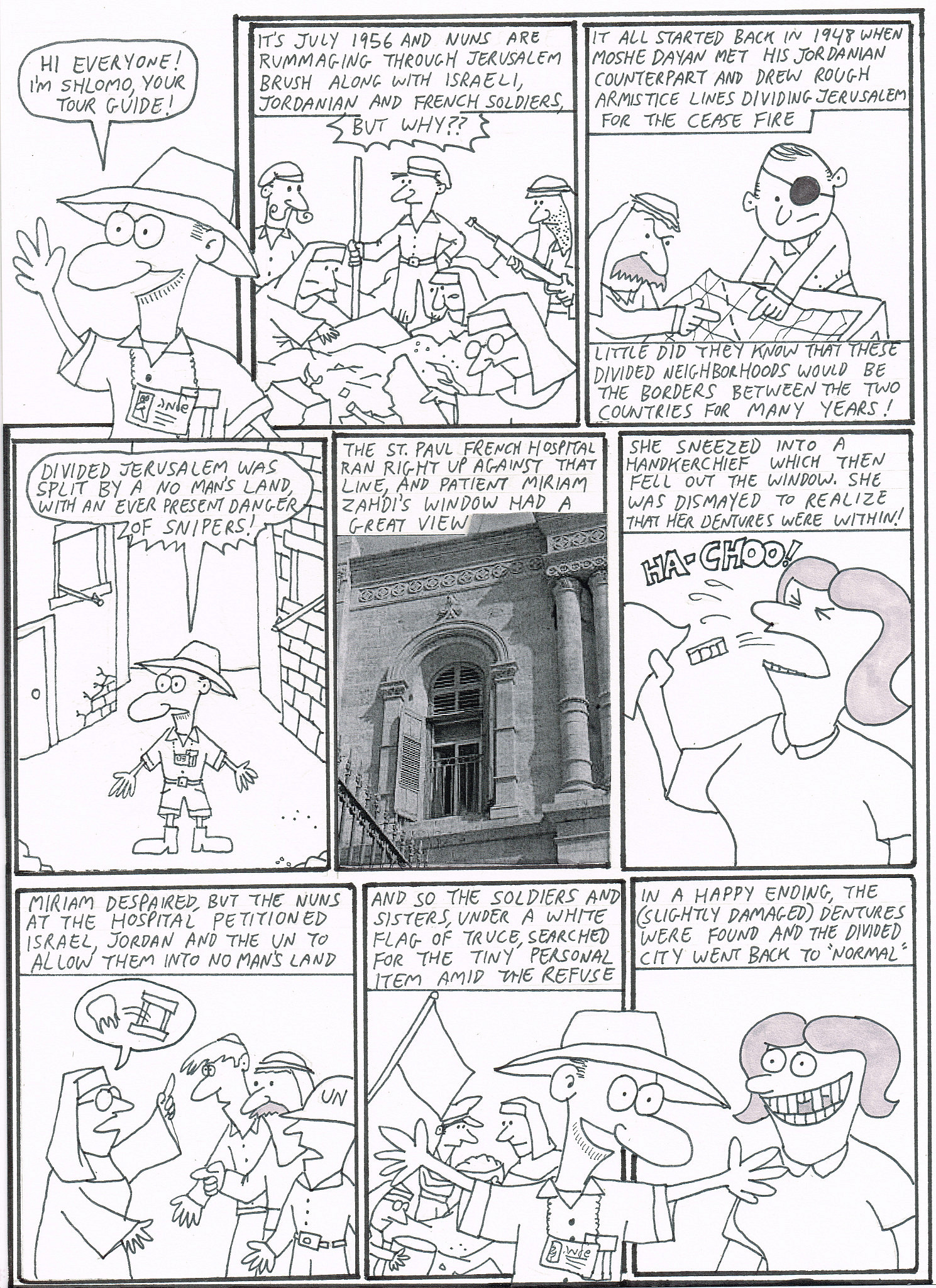 This is a tale favored by tour guides when explaining the difficulty of life in divided Jerusalem, where even a silly mishap could create an international incident. Both Zvi and Mike have often heard the story as one of the nuns losing her dentures, but the original 1956 Life magazine story identified the patient who lost them. We assume that to be the correct version. (and the ads inside are crazy)

Panel 3: Although Jerusalem is legally united under Israeli law, this line still functions as a marker between neighborhoods. The sides are still called East and West Jerusalem. City Line (Jerusalem) Dayan and El Tell photo Soldiers photo Map of the Line