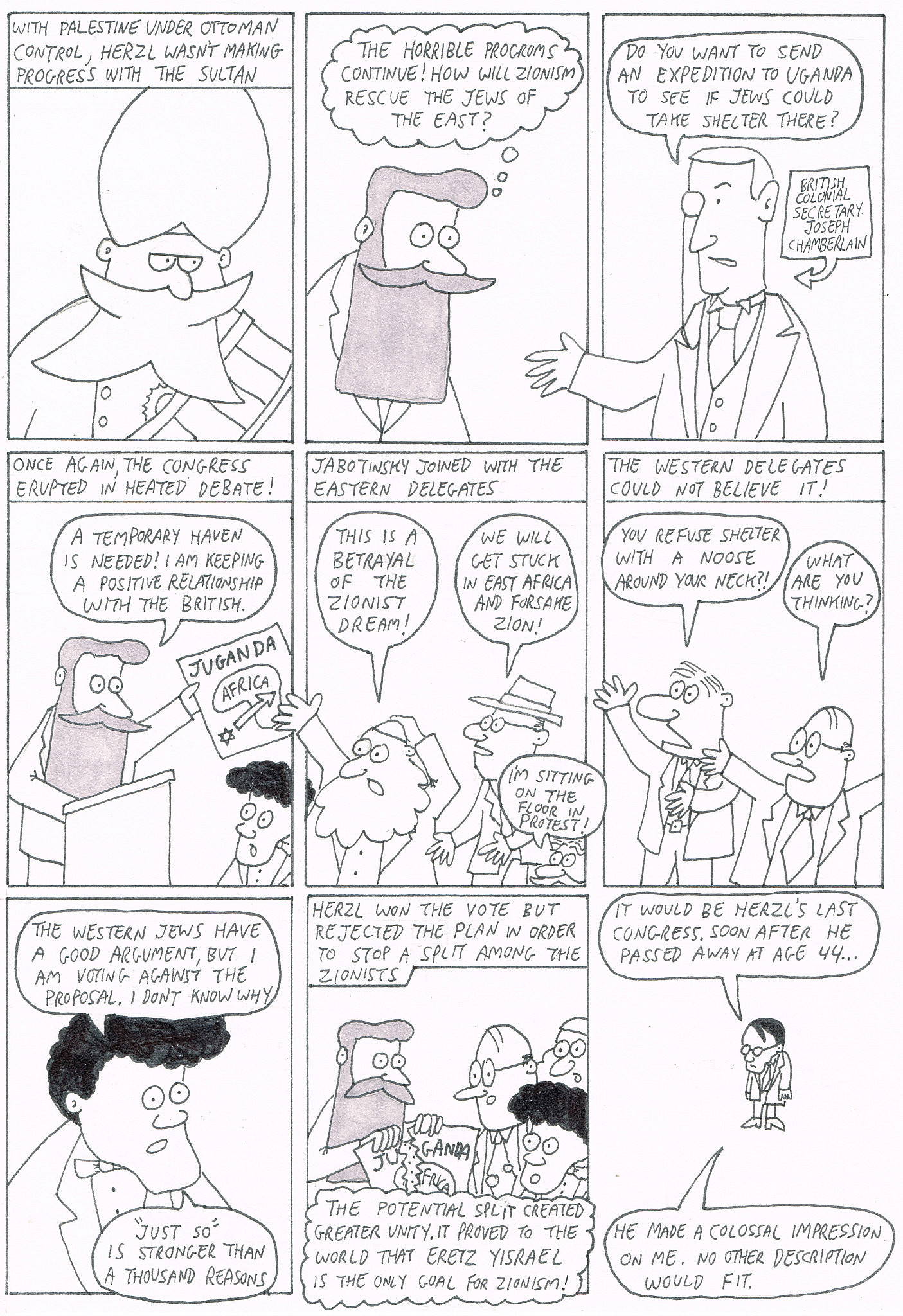 Panel 3  Uganda Scheme The land Chamberlain referred to is in today’s Kenya. The Zionist delegates did not know that in their future the British would retract the offer anyway.

Panel 5 Sitting on the floor was an allusion to shiva. Many also walked out of the room.

Panel 6 In general, the Jews of the West were much more acculturated than the Eastern delegates. Although mostly secular, these delegates were mostly from the Pale of Settlement and were culturally much more traditionally Jewish.

Panel 7 “I wondered myself at the motive hidden deep in my soul that prompted me to vote against… I had no romantic love for Eretz Yisrael then  – I am not sure that I have it now… yet still I voted against…” Story of My Life, page 69-70.

Panel 9   “… I am not one of those who will easily bow to a personality. In general I do not remember… one man who made an impression on me whatsoever either before Herzl or after him…” Story of My Life, page 68.