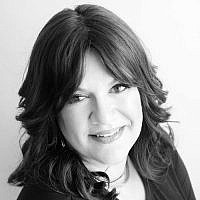 The Blogs
Debbie Akerman
Apply for a Blog
Advertisement
Please note that the posts on The Blogs are contributed by third parties. The opinions, facts and any media content in them are presented solely by the authors, and neither The Times of Israel nor its partners assume any responsibility for them. Please contact us in case of abuse. In case of abuse,
Report this post.

Around the world, a child under 15 dies every five seconds. The death of a child is considered one of the most traumatic events that can occur in an individual’s life with long-term grief affecting an individual’s mental well-being, and their closest relationships. The death of a child seems so unnatural that there is no word for it in the English, French, German, Spanish or Hebrew. Think of it: There is a widow or widower (a Sanskrit word that means empty) for those that have lost spouses, a divorcee for those that have willfully separated, and an orphan for those that do not have parents. The closest word there is for those who have lost a child is either another Sanskrit word, “vilomah,” which means “against a natural order,” or the Pennsylvania Dutch word, “zeitlang,” which means a keen yearning.

My oldest son was the third of eleven children. Birth order notwithstanding, Boruch was magic to me. Life was not easy for him. He had a learning disability which in his time was not identified early on. School was not a place of success or safety. Boruch compensated with mounds of friends, his beloved drums, and his ability to fix anything- even opening a bike repair shop every summer. During his teenage years, my own abusive marriage fell apart amid much public and personal drama. My divorce left our family in financial ruins, but with tremendous hope for a brighter future. It was exactly then that Boruch became ill. Months of strange symptoms, endless tests, doctor visits, experimental medicines, multiple ER visits, and no answers, became the norm. So did witnessing his frightening weight loss, brittle hair and no energy. The long- awaited mystery was revealed on a broiling hot August day — brain cancer.

Despair and adrenaline fused together as Boruch’s life and our lives became an endless round of clinic and hospital visits, spreadsheets of around-the-clock volunteers to be with him, and anxiety filled days and nights worrying about finances. One nightmarish, grueling, chest crushing anxiety year later, and six months after my remarriage, Boruch passed away on the eve of the Jewish new year.

Perhaps it is all the images of the hospitals and everyone wearing masks as they did when our beloved children were immune compromised. Perhaps it is obsessively listening to numbers and statistics as we did during the months or years of illness desperately hanging on to any and all information about lab results, scans and dosages. Information elated or broke us. Or perhaps it is that we were forced into the most important real life game of our lives and the life of our child — a game we played and lost.

We who have lost a child are here among you. I have lost both a child and grandchild and can assure you, we are resilient and wonderful. We feel all too exquisitely what illness, panic and pandemic are, what financial despair and hopelessness tastes like. We are in a unique position to really listen and validate, to empathize and model faith, fortitude and feelings. We are living proof to the most important human attribute needed. Hope. And for that, despite the immense pain, I am grateful.

About the Author
My name is Dr. Debbie Akerman. I am a social worker with a doctorate in social welfare along with a clinical license in social work. I specialize in addiction and marriage and family therapy. My dissertation centered on the lack of treatment centers for addiction in the orthodox Jewish community. On a personal level I have eleven children and eight step children. I am personally and professionally comfortable with topics of addiction trauma and bereavement. I have taught many classes at the masters a level at several universities and also engage in public speaking and professional panels.
Related Topics
Related Posts
Debbie Akerman
Comments