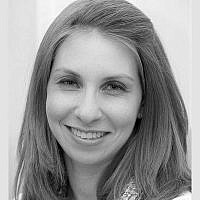 The Blogs
Yardaena Osband
Apply for a Blog
Please note that the posts on The Blogs are contributed by third parties. The opinions, facts and any media content in them are presented solely by the authors, and neither The Times of Israel nor its partners assume any responsibility for them. Please contact us in case of abuse. In case of abuse,
Report this post. 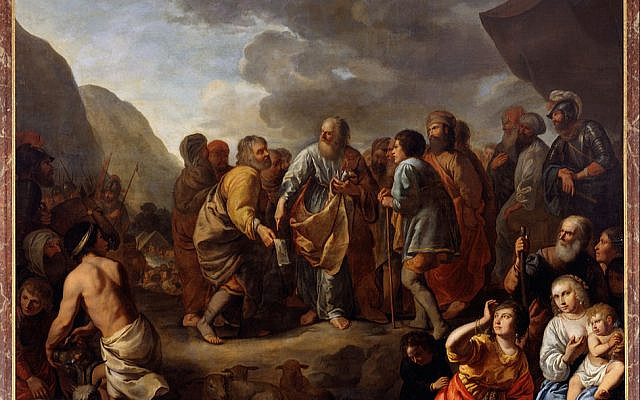 Moses has the almost impossible task of being the sole judge of this newly formed nation and It takes Jethro to explain to his son-in-law that he will not be able to uphold God’s law without help, for no one person can possibly teach, explain, and adjudicate. Indeed, Jethro devises a judicial system, and Moses listens to the older man, appointing capable men over the people to help judge.

I believe this shift in the text teaches a valuable lesson about the Torah itself. Namely, the Torah explains the system of the Oral Law, Torah SheB’eal Peh, before the actual account of the Torah being given on Sinai as way of showing how essential that system of commentary and interpretation is to the preservation and practice of the Written Torah. Without the Oral Law, the Written Law cannot be implemented.

Just over 40 days ago, the Jewish world started a new cycle of “Daf Yomi” — the daily initiative to learn one folio page of Talmud until that massive compendium is completed — it takes nearly seven-and-a-half years (and is then often begun again). Even before the new cycle began, it was a project that attracted multitudes of the Jewish learning community, and the new cycle has attracted what is surely thousands of additional learners. I am one of them, but I’ll get back to that in a moment.

About a month before the previous cycle of Daf Yomi was completed, I came to Israel with my 13-year-old son, to join another 14 parent-child team finalists for the first International Talmud Contest, on December 15th, via the Talmud Israeli organization — none too different from the Bible contest every Yom HaAtzmaut, Israel’s Independence Day.

One of the goals of Talmud Israeli is to make Talmud accessible to children and adults and to encourage families and friends to make time to learn together — and it is an effective program to that end. The contest was a truly thrilling and emotional experience and for me personally and as a parent, a culmination of my education and ability to learn Talmud and teach it to my children and to others. After months of preparation with my son in New York, being on stage with him in Jerusalem for a televised competition shown to all of Israel and the world felt like a dream. 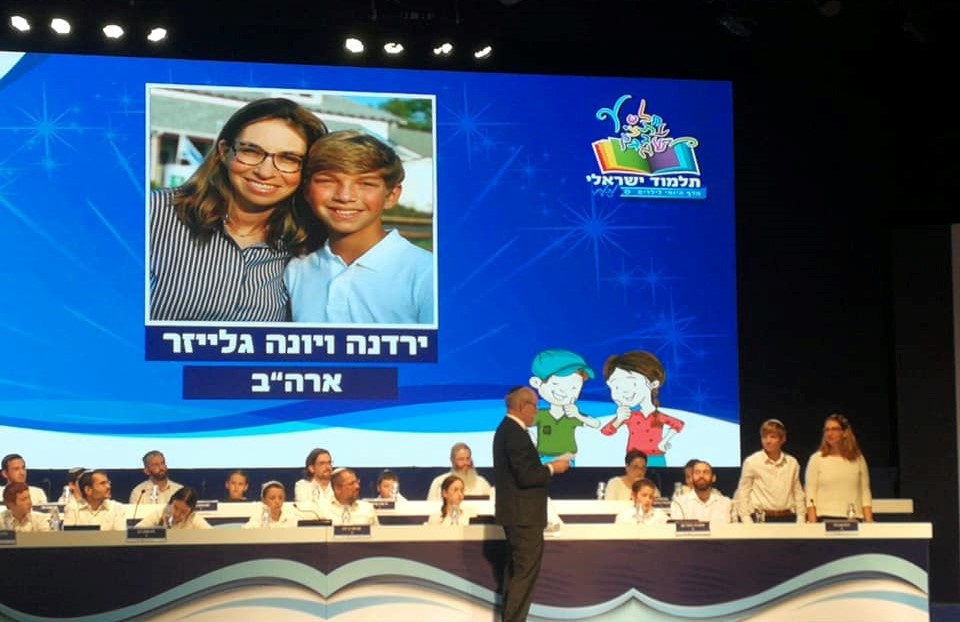 Myself and my son, at the International Talmud Competition of Talmud Yisraeli. (courtesy, Facebook).

Friends and family were excited to share this adventure with my son and me. Our mother-and-son team also seemed to strike a chord with people, reflecting how much has changed over the last 100 years since Sarah Schenirer, arguably the founder of modern Jewish education for women, taught her first class in 1917. The contest saw four teams of fathers and daughters, and one mother-daughter team. One of my proudest moments was when an Israeli news reporter interviewed my son and asked him whether it was strange for him that he had prepared for the context with his mother, since it is usually the father who learns Gemara. My son replied nonchalantly that it was not weird, for his Gemara teacher at school is also a woman.

Beyond the marvel that was the trip, I want to share my reflections from my experience of the Talmud contest and preparing for it — if for no other reason that the fact that I think everyone should try to learn Talmud, whether via the Daf Yomi schedule (the 14th cycle began on January 5th, and there’s still time to catch up), or via other means.

The sages of the Talmud (the Tannaim and Amoraim) struggled with many of the same issues we do today and their stories and wisdom are still relevant today.

Each page of Talmud therefore has ethical and moral teachings for the contemporary learner. Often, people think that Talmud is a dry, boring back and forth with opinions that are hair-splitting a particular issue. A different approach to learning Talmud (and one I learned from my father, Michael Osband z”l) is to focus on the personalities of the Mishnah and Talmud, their lives and challenges. Many of the stories in the Talmud and even the Halacha teach values that resonate in our modern world. Issues of social justice, societal change, and relationships are some of the many areas where the Talmud is instructive and challenging, which also makes Talmud a great springboard for family learning.

Although completing a daf is admirable, I encourage people to even consider learning just a section of each daf every day and discover one new idea. The Talmud Israeli material presented a small section of each daf in accessible way for adults and children of all educational backgrounds. The Talmud is our Jewish heritage and everyone has a right to it — and deserves to learn it.

I have read many articles in the last six weeks or so by women who never learned Talmud, whether for lack of interest or few opportunities. Many of them are now inspired to start a new journey with a commitment to Talmud study.  I watched the Hadran Women’s Siyum in Jerusalem with excitement and awe, and was grateful that my daughter had the opportunity to attend (she is currently studying in a midrasha that was founded by the granddaughter of the rabbi who was responsible for my own strong Jewish education).

I knew I wanted to try to commit to the new cycle of Daf Yomi. But my recent experiences and the changes I see in the Jewish world of learning have pushed me beyond my initial goals.

That is, I do have a new project that goes beyond my own learning Talmud every day. Together with my long-time friend and now-havruta, Anne Gordon, I am hosting the podcast, Talking Talmud. We’re reflecting on an idea or two from the daily daf — from the global Daf Yomi. It’s brief (15-20 minutes per day) — to offer insight into what’s going on, or some of what’s going on, with each daf.

We’re here to have a conversation — and to engage our listeners (I say, our “co-learners, because that’s really what we are) in conversation. Behind the scenes, Anne and I are learning the daf of the day… And then she and I meet virtually, via the wonders of technology to converse about what we’ve learned.  We’re “Talking Talmud” to bring you a thought, an idea, a point to ponder that we found in the day’s daf. And I will surely test my belief that the Gemara can be accessible — that there is always something interesting to find — but so far, early in the seven-and-a-half years of study, it’s true.

Granted, our podcast doesn’t expect our listeners have to have learned the daf beforehand — we’ll give you a taste of what’s on the daf. And if you are learning the daf in total yourself, we’re aiming to offer you food for thought too. Anne and I are “talking Talmud” because we know the Gemara to be the foundational text of Jewish life. Torah SheBeal Peh, the Oral Law, is what makes Jews Jews — different from other “peoples of the Book.” Shouldn’t it be learned by everyone?

How I love Your Torah; all the day, it is my conversation.

Talking Talmud is available wherever you get your podcasts, via WhatsApp (join the group), and on the site of Hadran, the creators of the women’s siyum I mention above. Our conversation continues on our Facebook page too.

I want to thank everyone at Talmud Israeli especially Meir and Tzilit Jakobsohn, Rabbi Avi Rath, Gal and Shlomit Naor, Yael Schulman, and Rabbi Evan Hoffman for giving my son and I an opportunity to learn and grow together and for creating a  program that allows Daf Yomi to be accessible to everyone and anyone.