In recent days I had two big packages delivered to me. The first came from Chabad of Bedford, NY. The second came from the Princeton Class of 1980, of which I’m a member. They represent two spiritual and temporal influences in my life. The packages they sent me are closely connected in what they mean for me.

First came what I call the High-Holiday-in-a-Box package from Chabad of Bedford. In the time of the pandemic, it makes amazing sense. If you’re feeling lost away from family gatherings where others handle the basics of candles, apples and honey, honey cake, a kippah and prayers, the Chabad High Holiday Secret Decoder Kit, as I like to call it, puts all the essentials in one package. It’s DIY Judaism in action, and in my experience, Chabad is always about action. It even came with a shofar to blow! 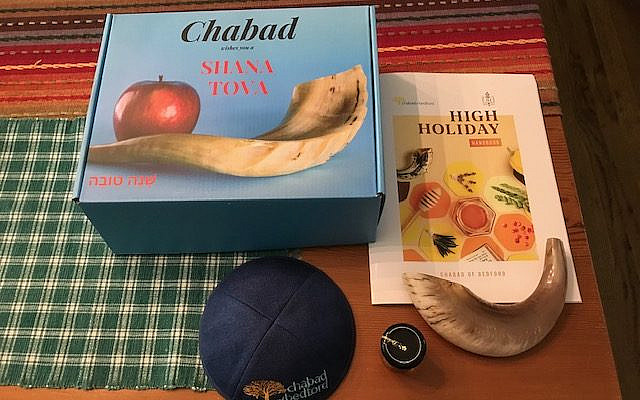 The package worked out perfectly on Friday night for my partner Naomi and me. We lit the candles and said the prayers as I wore the kippah, noshed apples and challah in honey, then we sank our spoons into matzoh ball soup. On the afternoon of the second day of Rosh Hashanah we ventured out of quarantine to a park in Mt. Kisco, NY for Chabad’s Tashlich ceremony. I trying to explain Tashlich to non-Jewish friends, I like Chabad’s simple explanation: “The goal of Tashlich is to cast both our sins and the Heavenly prosecutor (a.k.a. the Satan) into the Heavenly sea.”

The Rosh Hashanah box touched me as a way of connecting with Jewish practices and congregants who couldn’t be with extended families. After years of Rosh Hashanah observances with our extended family, Naomi and I were on our own. While we could have managed, the Chabad box allowed us to share an experience with thousands of other Jews gazing at the same candles, saying the same prayers, savoring the same honey. In our separation, I could see us as still embraced in Klal Yisrael.

The next afternoon, we attended Tashlich in the beauty of nature with masks on. The virtual world dropped away for a while as we came together with others to hear the shofar, sing and toss our bread on the waters of a rippling pond in the light of very end of summer.  Why was this Tashlich different from all other Tashlichs (to borrow a phrase from another phase of Jewish observance)? In 2020, it carried extra meaning as a community event that melded atomized friends and families together in one observance that looks ahead to a new start in a New Year, 5781. Tashlich felt like a safely observed but rebellious act, affirming tradition, solidarity and faith in a violent era where nihilists run rampant, acting as literal iconoclasts who are smashing civil and religious icons.

Several days after the Chabad package arrived, I was thrilled to get my 40th college reunion costume and gear. The costume was for the reunion at Princeton that didn’t happen in May. At least, the physical reunion didn’t happen. However, it did roar on via Zoom; I belong to a class that never says never when confronted with an obstacle like a pandemic. On very short notice, members of the Class of 1980 pulled together a virtual reunion of speakers, entertainment and chat sessions, which went amazingly well. 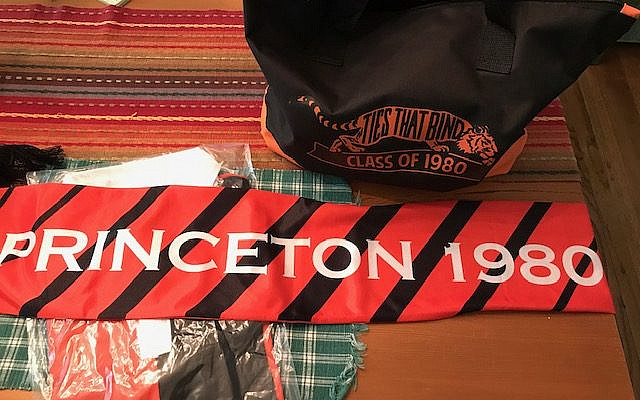 The virtual reunion replicated some of the spirit of the major reunions, without the ear-splitting bands and sometimes-muddy walkways of central New Jersey. The virtual gathering eased some of the deep disappointment of not attending an on-campus major reunion, held every five years. Arriving three months after the virtual reunion, the package came in a stylish bag and included shirts, a scarf, a fleece jacket and a nifty Aussie-style traveler hat, all with the theme of “The Ties That Bind.” People are already wearing the costume on our class calls, which have ramped up following the virtual reunion as a way to keep us connected.

The reunion package plays some of the same roles as the Rosh Hashanah kit. It speaks to tradition, values and connections. The reunion package gives me a sense of satisfaction knowing that the class rolls on and adjusts to new circumstances, much as Chabad has done in the pandemic. While the class couldn’t gather together in May, we’re going to do everything we can to stay together, support one another and build on the friendships and memories that reach back to September 1976. I honestly don’t know what will happen in the years before our 45th reunion in 2025, but I’ll take what I can get and be thankful.

Even in a physical sense, Chabad’s Rosh Hashanah and Princeton’s Reunions packages appeal to me in similar terms. Chabad includes a kippah, Princeton includes the travel hat. I wear a tallis to Shabbat services; the Class of 1980 included a dazzling orange and black scarf that signals the same kind of group identity, if not the spiritual meaning of a tallis.

So here’s to 5781, may it be a sweet year for all of us, on campus and at shul, where the virtual is now the reality. To draw again from Passover’s theme: next year in Jerusalem, next year at Princeton Reunions. I’ve got the headgear ready for both.