The Blogs
Eyal Bitton
Cantor, composer, lyricist.
Apply for a Blog
Please note that the posts on The Blogs are contributed by third parties. The opinions, facts and any media content in them are presented solely by the authors, and neither The Times of Israel nor its partners assume any responsibility for them. Please contact us in case of abuse. In case of abuse,
Report this post. 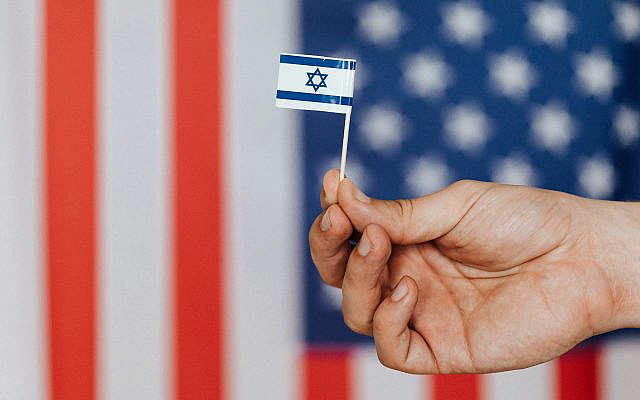 Photo by Karolina Grabowska from Pexels

We, outside of Israel, do not know how to be a people with a homeland – and we have to learn. Jews in the land of Israel have created a state and have spent generations cultivating it and shaping it. In contrast, we in America have not succeeded in shaping a Jewish identity that is grounded in its ancestral roots.

By the Rivers of Babylon

As exiles in Babylon, the Psalmist tells us that, for the amusement of our oppressors, we would be asked to sing traditional songs from our homeland.

By the rivers of Babylon, there we sat, sat and wept, as we thought of Zion… Our captors asked us there for songs, our tormentors, for amusement, “Sing us one of the songs of Zion.” (Psalm 137:1-3.)

If we were asked today to sing a traditional song of our people, what would it be? Where would it come from? How old would it be? I’ll tell you with a fair amount of confidence that it would not truly be a song of Zion; it would not be a song that originates before the destruction of the Temple. If you look for a traditional Jewish song, you might draw upon a song from 20th century America, from 19th century Europe or North Africa. You might even find a melody that dates back to pre-Inquisition Spain. When Sephardim sing Adon Haselihot, we are moved by its textual meaning, its melodic beauty, and by the knowledge that we are singing a melody that our ancestors sang over six hundred years ago. Still, even that isn’t from Zion. Even then, we were one thousand or more years into our exile from our homeland.

Hyphenated Americans and Us

Because of colonization and ethnic cleansing, we were deprived of our homeland. Yes, there always remained a Judean/Jewish presence in our ancestral land, but the vast majority of our people were forced out. Due to various forms of oppression and persecution through the centuries, we fled to multiple lands before coming to America. Our journey to America is not a straight line. No, it’s a long, long line and it curves this way and that way.

Despite being separated from our land, we found a way to maintain our identity – and to an impressive degree. We preserved our language. Our prayers remained in our native language, Hebrew. We preserved our sacred texts and our religion. Our attachment to our homeland never waned.

Others Deny our Ancestral Identity

Recently, I have seen many truly ugly comments and accusations by many hateful individuals who denigrate us for our history; they hold our persecution against us. Some people who I used to think were friends of mine have gone online to claim that the Jewish people have no history whatsoever in the land of Israel. It’s a vile claim that has been echoed, unfortunately, by Palestinian leadership. Of course, there are celebrities who do the same. Not long ago, filmmaker Michael Moore posted a picture of a Palestinian couple looking at an elderly Jewish couple in Israel. His post reads, “Elderly Palestinian couple looking at the house they once lived in, now occupied by a couple from Brooklyn.”

The message is contemptible as it serves to deny our history. Michael Moore’s message is that this Jewish couple does not belong on that land. This Jewish couple, Moore is telling us, has no ties to the land of Israel. After all, they’re really just Brooklyn Jews. They’re Americans.

The Michael Moores of our society also blame us for having no distinct culture. We are blamed for culturally appropriating other people’s cuisines, other nations’ music. Really? Cultural appropriation?!

WE were appropriated! Their cultures are our cultures. European nations, Arab and Muslim countries oppressed us and denied us our ancestral homeland, and now that our homeland has come back from the ashes – and I do mean from the ashes – we are hated for not having a culture and cuisine that would have emanated from a homeland?! They don’t get to do that.

So what do we do now?

We have to teach our children that they are not from Algeria or Romania or Germany or Iraq. We have to teach our children that they are from Judea, from the land of Israel. We have to see ourselves the way the Japanese-Americans, the Congolese-Americans, and the Persian-Americans do. For us, that means identifying Judea/Israel as our homeland. The intermediary lands we lived in enriched us in terms of culture, ideology, mentality, global awareness, and experience. Our experience is a curse and a blessing. We can acknowledge the oppression, celebrate the diversity, and make it clear that our homeland goes even further to the land of Israel two thousand years ago.

We tend to want to impart an attachment with Israel by teaching about Israel. This is important but it’s secondary. Italian-Americans, for example, identify Italy as their ancestral homeland and that has nothing to do with their knowledge of Italy’s current music, fashion, film stars, or modern political history. Those are secondary. Let’s begin with the basics.

It doesn’t have to be complicated. Learning to be a people whose roots are in the land of Israel is done through learning basic Jewish history, through repetition, and through language. If Italian is supposed to sound the way Italians speak, if German is supposed to sound the way Germans speak, and Arabic the way Arabs speak, let’s teach Hebrew the way Israelis speak. Of course, there’ll still be an American accent, but the effort should be there. Language is a powerful tool. Besides communication, it’s a cultural identifier. It informs us at a fundamental level that this language, this heritage, is ancient and is planted firmly in the Middle East, firmly in the land of Israel.

Empowering Ourselves Through Indigeneity

More and more frequently, the discussion about Israel and the Palestinians quickly becomes a discussion about Israel’s very right to exist. And hatred towards Israel quickly translates into acts of hatred towards Jews here in America and elsewhere. We cannot accept the premise of the debate. Discussing Israel’s right to exist on any grounds, historical or moral, is off the table. This has nothing to do with politics. It has everything to do with identity.

About the Author
Eyal Bitton is the cantor of Congregation Neveh Shalom in Portland, Oregon where he incorporates Sephardi/Moroccan music, Ashkenazi music, popular adaptations, and original compositions into the service. As a composer and writer, his theatrical works have been produced in the US, Canada, Kenya, and China.
Related Topics
Related Posts
Comments
Advertisement