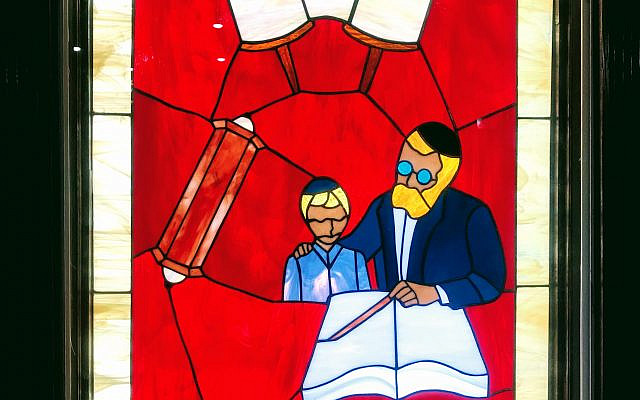 This week, I am grateful to write that I had my first grandchild, a wonderful baby boy, thank G-d. Now, as with all children, comes the next very exciting part which is, please G-d, to raise and teach him to live a good life of Torah, family, hopes and dreams.

Looking over the parsha this week of Vayeshev, we see that our forefather Jacob had twelve sons. However, the Torah relates how Jacob showed preferential love and treatment towards Joseph (Genesis 37:3):

Israel loved Joseph more than all his sons, because he was the son of his old age [from his beloved wife, Rachel]; and he made him a striped coat [of many colors] .

Of course, the result of Jacob’s preferential actions as well as Joseph’s dreams of ruling over his brothers, which he told to them [of the sheaves and then the sun, moon, and stars bowing to him] resulted in his brother’s enmity toward him and ultimately, their throwing Joseph in the pit, selling him, and telling Jacob that Joseph was dead. This caused much pain to Jacob until he found out, many years later, than Joseph was really alive, and by G-d’s hand, Joseph had become viceroy of Egypt, and would now save Jacob and his brothers and families from the severe famine in the land.

This story has so much to teach: About G-d’s divine providence in the world, about the evils of jealousy and hatred, and about the importance of what we teach our children. In this case, Jacob’s favoring of one child over another contributed to, if not directly caused, a very bad family situation at home that almost resulted in the murder of Joseph by his brothers.

It’s interesting that in the second paragraph that we recite from the holy prayer of Shema Yisrael, we are reminded multiple times every day to teach our children from the Torah, so that they should live proper lives (Deuteronomy 11:19):

I remember my dear father, Manfred Blumenthal (זצ״ל) who used to walk with me as a young man to synagogue and use this opportunity to talk with me about the lessons from the Torah and the application to real life. In one case, my father reiterated to me a story about the importance of always being truthful with others.

During the Korean War, my father was in the army, and for an upcoming weekend of leave, the men in his unit were trying to get rides off the base. One guy offered my father a ride, at a certain price, and my father accepted.  Shortly after (maybe just literally momentarily), someone else offered him a ride at a cheaper price. Nevertheless, my father declined the cheaper offer, because he had already accepted the offer from the previous person. And he said to me:

A word is a word!

We don’t go back on our words. We don’t lie. Essentially our word is our honor. He continued the story, and like the story of Joseph, it shows a surprise ending filled with divine providence. In my father’s case, the more expensive ride that my father had accepted and took, despite the cheaper offer, reached its destination safely, but the ride that had been cheaper and which he turned down, had a severe accident and the car overturned. You see, like with Joseph, we never really know where we end up or why—only G-d knows the master plan, and in a sense, we are along for the ride, but we are tested to do the right things all along the way.

Like my father, Joseph was tested and did the right thing along the way in his life. In Joseph’s case, he was brought down as a slave to Potiphar, and Joseph became the overseer of all of Potiphar’s home, but then Potiphar’s wife tried to seduce him. Joseph did the right thing, refusing temptation and fleeing, but accidentally leaving his garment. Potiphar’s wife subsequently accused Joseph of trying to rape her, at which time Joseph was thrown in prison. As we all know though, Joseph ended up interpreting the dreams of the baker and butler in the prison and was subsequently recommended to interpret Pharaoh’s dreams about the upcoming years of feast and famine, leading to Joseph becoming Pharaoh’s 2nd in command and being able to save not only Egypt, but also Jacob and the whole family.

Now in my own life, as we come to my wonderful grandson, we are required to fulfill the second mitzvah of the Torah, circumcision. G-d tells Abraham (Genesis 17:10):

This is my covenant that you shall observe between Me and you and between your descendants after you: Circumcise every male among you.

Like many parents and grandparents, I am sure, who are about to circumcise a little baby, we are tested, asking ourselves about this mitzvah. For example, why would we circumcise the baby when G-d created him the way he is—aren’t G-d’s creations already perfect? And I remember learning that this is exactly the lesson being transmitted here, from father to son, that G-d creates the world, but commands us to do our part to help perfect it. The world is in a constant dynamic relationship between G-d and man. As G-d’s children, we are here to do our part in making the world a better place and along the way, to learn and grow ourselves to be better people.

You who are on the road, must have a code that you can live by. And so become yourself, because the past is just a goodbye. Teach your children well…

We teach our children, even as we learn along the way ourselves. Two critical things we have from Hashem to help us on this journey: we have the Torah as our holy guidebook, and we have our soul and conscience as our inner voice exhorting us, right from wrong. These are the tools that we go forward with to try and perfect ourselves and the world, and to teach our children to do the same.