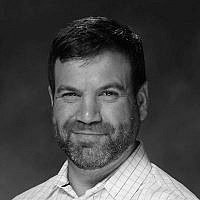 The Blogs
Daniel Rosenthal
Apply for a Blog
Advertisement
Please note that the posts on The Blogs are contributed by third parties. The opinions, facts and any media content in them are presented solely by the authors, and neither The Times of Israel nor its partners assume any responsibility for them. Please contact us in case of abuse. In case of abuse,
Report this post.

Teaching Israeli history and the challenges facing contemporary society in Israel requires educators, particularly at the secondary level, to find the right intellectual balance – and to instill in students the importance of nuance. Within the Jewish communities of the United States, the last decade or so has made this type of approach challenging as there is no longer a robust sense of unity around the question of Israel and there is increasingly no consensus about what it means to be “pro-Israel”, much less a Zionist.

Those Jews on the political right have calcified a more ardent approach to the defense of Israel (why don’t you talk about all the good Israel does? Israel boasts a tolerant society and is judicious in its military power, so why is it demonized, especially when it exists within a region full of terror, viciousness, and violence?). Jews on the left who feel a connection to Israel have generally been more uneasy (yes, we support Israel in general, but what about the treatment of Palestinians? We support social justice and human rights, so what does that mean when it comes to Israel?).

What then should we say and teach in our classrooms about Israel’s seemingly non-stop elections – a cycle that seems to have no end in sight, and which has serious (unknown) implications for Jewish and Israeli unity? Is this issue a good means to study Israeli society at the present moment? If so, what does this pattern and the political battling that makes it up show us? What does this process say about the democratic process in Israel?

The “Groundhog Day” element of these elections certainly shows that there are robust democratic mechanisms at work within Israel. Moreover, it is not as if Israel is the only country among democratic nations that seemingly has such a split among its electorate. Brexit exposed multiple rifts in the United Kingdom, the full effects of which still remain to be seen. The United States is able to form a government only by dint of its unique form of majoritarianism; the last years have highlighted a worrisome split in the populace that bubbles under the surface under political bromides. In contrast, Israeli candor and frankness means that divisions in Israel are not hidden or played down.

From a more pedestrian point of view, the Israeli elections have been an important tool for explaining the parliamentary system to American students. The development of the Israeli system offers a different take on understanding what elements of the British Mandate remain in Israel and how the country compares to other former British holdings. The nature of coalition formation sparks students’ curiosity about what is behind all the horse-trading – and what, if anything, these negotiations can tell us about Israeli society.

The formation, consolidation, amalgamation, and dissolution of parties over these five election cycles have thrown many seasoned political observers for a loop. These processes and the resultant parties and alliances have been instructive for taking the pulse of the political class and what voters will tolerate. Having students research one stream of these political progressions – and then debate the issues of the day – helps them understand where the country stands right now and how society within the Jewish state has changed, particularly since the Second Intifada. It is important to present a nuanced, comprehensive and detailed history of political change and let students draw their own conclusions. Taking a neutral stance in the presentation of these changes gives learners more ownership and connection to the study of Israeli politics.

In terms of specific take-aways, it is instructive to look at some of the political outcomes and party shakeups of the last four years. Most recently, compromises that were inherent in the Bennett coalition (which presumably will carry over through Yair Lapid’s caretaker government) highlighted the diverse needs of the very different segments of Israeli society. Ra’am’s newfound relevance allowed students to better understand Bedouin society and how this population fares in contrast to other Arabs living in Israel. The Joint List is also of particular interest to students as they are surprised by the diversity of ideology in the party. But this diversity also highlights how the Arab political establishment sees itself within Israeli politics. With Haredi parties out of power, it was easier to see the priorities of those constituencies and where Haredi leadership wishes to expend their political capital. Gideon Sa’ar’s split from Likud brought up questions about the ideology of that party and how its ideology functions in practice – and how it compares to Menachem Begin’s ideology and policy-making.

Labor’s long decline is instructive for understanding how the state has changed in the long term, and why this long-ruling party has struggled to find a foothold since the Second Intifada. The rise of the non-legacy parties in the center or just to the left of center provides a lens through which one can understand the concerns of average secular Israelis, and perhaps why the legacy parties of the left have lost ground. The electoral success of Kahanism and the recent rise in polls of this brand of extremism is another product of the splintering of the legacy parties, and one that highlights some of the biggest challenges of the electoral gridlock. This ideology is most surprising to American Jewish students as it is generally outside their realm of experiences within the Jewish communities of the United States.

This very brief sketch of some of the recent party dynamics can serve as a basis for comprehensive exploration within the classroom. These complexities are challenging for students, but the challenge and the desire to understand the causes of the political gridlock serve to forge a deeper connection to Israel. Politics don’t always connect to society, but understanding where they either do or don’t can help clarify the reality of the state. And this authenticity is crucial for American Jewish students to find a lasting connection to the Jewish State.

About the Author
Daniel Rosenthal is the chair of the Lessans Jewish History Department at the Charles E. Smith Jewish Day School in Rockville, MD and part of the school's Center for Excellence and Engagement in Jewish History. He is a historian of modern Polish Jewry and writes on Jewish history education. He previously taught at Haifa University and the University of Western Ontario after receiving a Ph.D. in History from the University of Toronto.
Related Topics
Related Posts