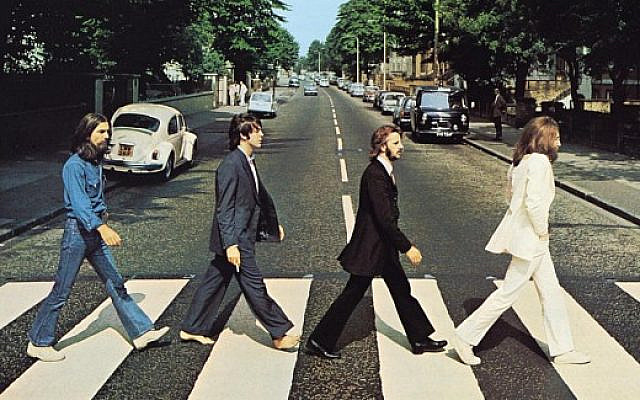 No Discrimination - the Beatles Tread Equally on Black and White (Wikipedia)

I was strolling aimlessly in a street near my house. I had often walked down this street before but this time I was carrying my tape-measure for accurate social distancing. While the pavement, as always, stayed beneath my feet, I made an astonishing discovery. The white stripes on the pedestrian crossing were wider than the black stripes, a clear case of racial discrimination. (For older readers, that’s a Zebra crossing and for readers in North America, a crosswalk.)

With the actions of protesters in Bristol, who pulled down a statue of slave trader Edward Colston and threw it into the harbour, firmly in mind, I wondered who should be next. There have already been calls for the Cecil Rhodes statue in Oxford to be pulled down. I guess that there are Rhodes scholars all round the world queuing up to return their Rhodes Scholarship awards. The money could be used to pay for the bulldozer to remove the statue.

But, there must be many more villains dishonouring London’s streets and squares. Well, it turns out that the matter is in hand – the Commission for Diversity in the Public Realm (yes, there really is such a commission) is to review London’s landmarks – including murals, street art, street names, statues, and other memorials.

The commission will be co-chaired by the deputy mayor for social integration, social mobility and community engagement, and the deputy mayor for culture and creative industries. (The Mayor of London’s salary is £152,734. The salary of a deputy is £58,543. In the spirit of cost saving in these difficult times, Londoners have to make do with just nine deputy mayors.)

While waiting for the commission to do its job, Black Lives Matter supporters have made their own “hit list” of statues across the UK. The list of statues to be toppled includes the well-known villains Sir Francis Drake, Nancy Astor, Christopher Colombus and William Gladstone.  In the US, protesters have already dealt with Colombus. In Richmond, Virginia, the Christopher Columbus statue in Byrd Park has been torn down, set on fire and thrown in the lake.

I decided to take a look for myself. It soon became clear that London’s streets and public places urgently need renaming. From Nelson Road in the London Borough of Merton, named after an admiral who didn’t know how to use a telescope, to Sir Winston Churchill’s statue in Parliament Square, dedicated to a racist who once declared “I hate Indians. They are a beastly people with a beastly religion.” Nor was he overly fond of Arabs: “the Arabs were barbaric hordes who ate little but camel dung”.

Other English towns and cities could also do with renaming. As an example, King’s Lynn, named for King Henry VIII, reminds us of his unfortunate wives – “Divorced, beheaded, died; divorced, beheaded, survived”. Not a very nice attitude towards women – with the UK’s largest domestic abuse charity, Refuge, reporting a 700% increase in calls to its helpline in a single day, is this really someone we want to commemorate?