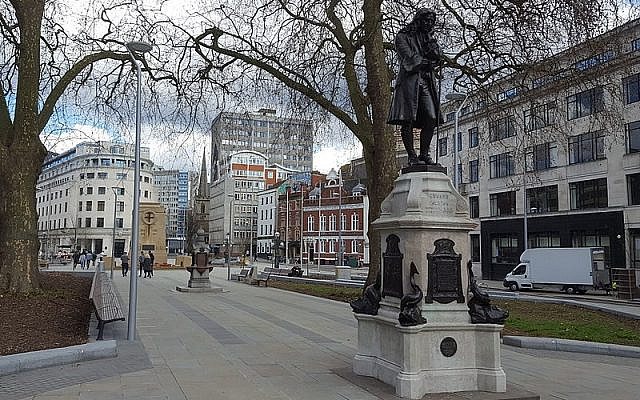 In 2014, a close friend of mine committed suicide.

It was a terribly sad situation and it occurred during a particularly difficult period of his life. Mired with mental health problems and PTSD, it took a short time of instability and discomfort for him to ultimately end his time here. I still mourn him today, and wonder how he thought his removal from this Earth could be better than facing the demons from his past.

This week, we see the United Kingdom continue its destruction of statues across the country. It started in Bristol, where protesters and rioters tore down the statue of Edward Colston – the MP, businessman, and slave trader. Since 1895, he stood over Bristol’s locals, making some uncomfortable due to his past actions.

There was once a petition to legally remove his statue from Colston Avenue – and, I imagine, rename some of the university buildings – which garnered more than 11,000 signatures. The conversation has actually been a local issue since 2018, but the global protests and riots following the murder of George Floyd has pushed it to the forefront of Britain’s national headlines.

The petition, which needed 15,000 votes to be considered for review, was futile. Three days later citizens aggressively and illegally removed the statue of Colston by force, throwing his remains in the river nearby.

Just like that: the statue of a man who made good fortune for the people of Bristol and has a plethora of roads and buildings named after him has ended up at the bottom of the river. It is likely that buildings and street renames will follow.

No due process was needed in the forceful removal of Colston’s statue. The petition didn’t attract enough votes for consideration (it likely would have), but protesters took it upon themselves to act outside of the law regardless.

A few days later, the statue of Robert Milligan was removed from outside the Museum of London Docklands. Also a slaveholder, this one was taken down by the Canal and River Trust following the public celebration of vandalism in Bristol a few days before.

The act of removing these statues has been a quick and sudden response to some of the violence occurring following the George Floyd murder and the Black Lives Matter protests. London Mayor Sadiq Khan has announced that all statues that have a connection to slavery “should be taken down.” Expect many of Britain’s famous faces from history to be removed or filtered in some capacity.

With rioters graffitiing notable heroes like Winston Churchill and calling him a racist, it makes you wonder if they know who, exactly, he was fighting. 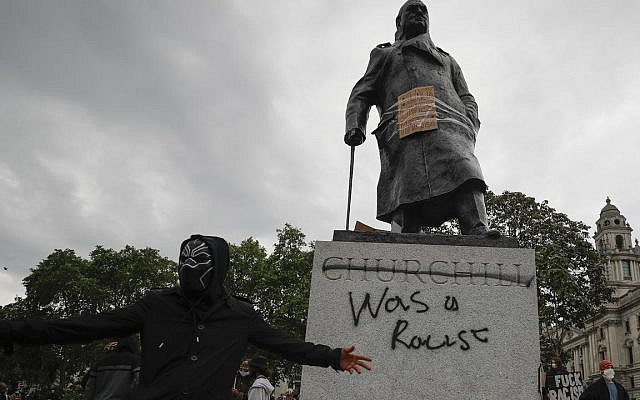 The fascination of statue removals is the most recent US export to make its way to Britain’s shores. Unlike more successful exports, like the Big Mac or Mickey Mouse, this new craze is set up to abruptly and forcefully remove any semblance of history that makes citizens uncomfortable with demonstrable facts from our past.

These are permanent acts of destruction and erasure that will leave Britain culturally and historically void of the moments we must remember most.

Our history is richer than our American cousins. It is arguable that if America acted in the same way as Mayor Khan suggests, they wouldn’t have any statues left at all. The country’s founder and first president, George Washington, has a street name after him in almost every city. He has a monument standing tall in the capital. He has his face carved into rock and on their money. He also, awkwardly, was a slave-owner.

We might see Americans change the $1 bill in upcoming years, but will we see countless road renames and the destruction of Mount Rushmore? Unlikely.

The Western world is increasingly holding our history figures to standards we set, and still set, today. It is almost impossible to expect those in the past to hold our exact values, to share our same sentiments, or to celebrate our changing virtues.

The answer to this is not to remove them entirely from our cities and our histories. It is to learn about them and grow from them. Keeping them up is not a sign of idolatry but a way to commemorate, or lament, our shared national story. We don’t achieve that by erasing what makes us uncomfortable.

One day, someone might look at a statue of any one of us and demand WE get taken down for the disgusting and primal act of eating meat. Or wearing fur. Or having ever used an airplane. We don’t know the standards of tomorrow, but it is irresponsible to apply the standards of today to yesterday.

These are angry times, I know. But in a short few days, hundreds of years of history have been destroyed and removed before our eyes. It is an act of cultural suicide and we will come to mourn it.

James Spiro has a weekly newsletter that goes out on Fridays. You can sign up here: www.jamesspiro.com/subscribe.