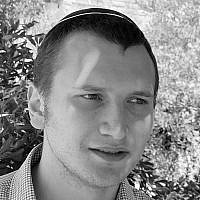 The Blogs
Benjamin Sipzner
Apply for a Blog
Please note that the posts on The Blogs are contributed by third parties. The opinions, facts and any media content in them are presented solely by the authors, and neither The Times of Israel nor its partners assume any responsibility for them. Please contact us in case of abuse. In case of abuse,
Report this post. 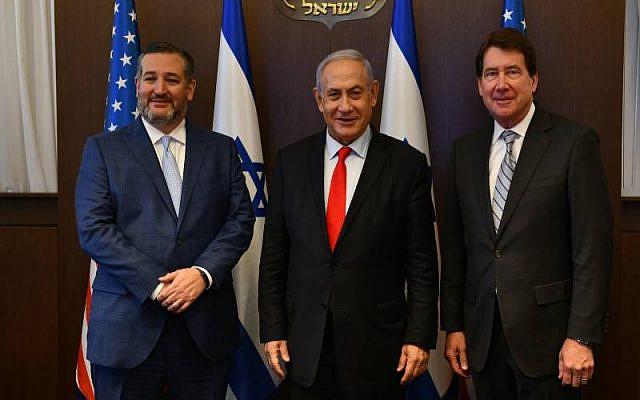 While having lunch with a friend from New York yesterday at a restaurant in Herzliya we discussed the events that led to the unseating of Benjamin Netanyahu, prime minister for 12 years. I was having difficulty explaining to my progressive friend, a student at Touro College of Osteopathic Medicine, what transpired.

To make it easier for him to understand, I used the United States as a metaphor. I told him to imagine a Republican-led Senate (by a small majority), while simultaneously the House and Presidency controlled by the Democrats. Anyone familiar with politics on Capitol Hill knows that the gridlock in Washington could be intense, each party fighting tooth and nail for what they believe in. The big issues that divide America well known: capitalism, gun violence, immigration, free speech, police brutality, American pride, and the list goes on and on.

It was easy for us to identify which leaders have the loudest voices on both sides of the political aisle, but I asked him to try to pick one senator from the Republican party, someone who for their entire political career had been a stalwart of conservative values and star of the Republican Party. The name that came to mind was Ted Cruz. Upon graduating from Princeton University and Harvard Law school, Cruz pursued a career in politics working as a policy advisor to the Bush administration, Solicitor General of Texas, and since 2013 as Senator of Texas. Cruz has been such a prominent figure in the Republican party that he was the runner up to former President Donald Trump in the 2016 Republican primary for President.

We now tried to imagine a reality where Ted Cruz would convince enough Republican Senators to cross the political aisle, which would provide Democrats a majority in the Senate. Suppose Cruz and his fellow Republicans actions’ enabled them to receive special jobs and committee appointments, the outrage directed at Ted Cruz for betraying his values and party would be like nothing we have ever seen before. The politicians would be attacked endlessly and branded as traitors for life. Cruz and his fellow turncoats would explain to the American people that the time has come for peace between the two parties and for everyone to put aside their differences. They would say that there has been enough fighting and polarization and that they have America’s best interests in mind. This chain of events is so farfetched it is not even worth our time to think about.

I told him to take Ted Cruz, the Republican Party, and the polarization that exists in US politics, and to exchange a few names. We’d replace career politician, idealist Ted Cruz for career politician, idealist Naftali Bennett, the right-wing Republican Party for the religious Zionist Jewish Home party, American conservative values for religious Zionist values of Jewish Identity, commitment to an Israeli Judea and Samaria, and to Jewish Nationalism. The same way that Ted Cruz has called members of the progressive squad in the Democratic Party ungrateful and enemies of American values for wanting to take apart America’s institutions, erase American pride, and support America’s enemies, Naftali Bennett has called members of the Arab and Progressive left illegitimate to be in Israel’s government for not recognizing Israel’s right to exist, supporting terrorists, calling for Israeli soldiers to be put in jail and the list goes on. While serving as Defense Minister last May, Bennett said that it would endanger the existence of the State of Israel if those who do not recognize the State were to be part of the coalition government.

I then turned to him and said that Naftali Bennett did exactly what we imagined with Ted Cruz and is now Prime Minister of Israel. My friend was shocked, laughing uncontrollably, having trouble digesting the fraud that took place.

Although Naftali Bennett is the Prime Minister of our one and only country and homeland, for which he has my support, I am saddened from his casting aside of what he so strongly claimed to represent throughout his entire political career.

About the Author
Benjamin Sipzner managed the Anglo division for the Religious Zionist Party in the last election, is an Oleh from New York, formerly a student at Yeshivat Bet El and is serving in the IDF as a lone soldier.
Related Topics
Related Posts
Comments
Advertisement