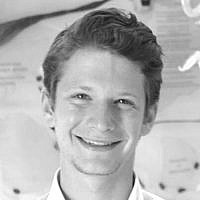 The Blogs
Shabbos Kestenbaum
Apply for a Blog
Please note that the posts on The Blogs are contributed by third parties. The opinions, facts and any media content in them are presented solely by the authors, and neither The Times of Israel nor its partners assume any responsibility for them. Please contact us in case of abuse. In case of abuse,
Report this post.

The recent outbreak and spread of COVID-19 has sparked significant emotional challenges for teens and young adults. Indeed, a recent study by the National Institute of Mental Health found that nearly half of Americans report the coronavirus crisis is harming their mental wellbeing. More so, last month, roughly 20,000 people texted the Substance Abuse and Mental Health Services Administration, representing a 1,000 percent increase from August of last year.

While the risk of COVID-19 remains lower for teens relative to the adult population, many are worried about inadvertently spreading the disease to their parents and older loved ones.

Many are asking themselves: What are my responsibilities for keeping the people around me safe? How do I deal with renewed senses of fear and hopelessness? Do I add additional stress by confiding my feelings onto my parents?

Yet most worrying of all, kids have not had the appropriate mediums or ample time to express their ever changing thoughts and feelings throughout the ongoing situation.

Being a teenager is stressful enough, but coupled in with a pandemic? Unprecedented.

But perhaps in our haste to readjust life so as to be as normal as possible for our kids, there was one crucial element we forgot to consult..our kids.

Yes, retaining some resemblance of normalcy was critical, but perhaps in such a rush, we haven’t allowed our kids to recognize what they lost, and how best to move forward nonetheless.

In jewish practice, the command of Nihum Aveilim, or “comforting the mourner” begins immediately after the burial. The Talmud in Sotah 14a teaches us that consoling mourners is actually akin to walking in God’s ways. As Genesis 25:11 recounts: “After the death of Abraham, God brought blessing to Isaac his son.” Much like how Isaac was comforted by God’s presence, so too our presence brings comfort to a loved one as well.

Yet Judaism takes the process farther, and provides a structured period of mourning that allows the mourner to experience all the evolving emotional stages related to their grief. Rather than dust themselves off their feet, Judaism takes the approach that better for the mourner to undertake certain practices of mourning, so that in a year from now, they can properly re-associate back into society. Rather than rush the process to continue life as normal, Judaism values the importance of realization and solace in an individual’s loss.

Having countless Jewish organizations, schools, and synagogues pretending to their students and young members everything was fine, and forcing participants to engage in virtual dialogue rather than acknowledging “this isn’t ideal, so we’ll change our expectations,” would have been a lot more bold than constantly sending new links to join another breakout room.

A teenager’s job, social life, camp experience, and school are not the same online, but I can assure you that they’d prefer those in leadership positions sympathize with that reality, rather than patronizing them into thinking this is normal.

Ultimately, no screen can fill the void many teenagers across the world are feeling. Attempting to reproduce it in a virtual space while simultaneously disengaging with those participants and discussing how or if they’re coping, is equally devastating.

Which breaks us back to mourning.

Rabbi Yosef Karo writes in the Shulchan Aruch’s section concerning the Laws of Mourning that “the consolers must not speak until the mourner first speaks.”

Contrary to other social visits, consolers are not there to engage, but rather to be engaged. To offer support, but only when that support if first requested by the mourner. Ultimately, comforting mourners is a way of showing concern for those in distress, showing them that they are neither abandoned nor alone.

Interestingly, the verse in Genesis does not describe God conversing with Isaac, rather, just being present. As the Woody Allen line goes, sometimes 95% of life can simply be showing up.

In moments of distress and despair, Judaism teaches us to step back. Leave the one immersed in the pain to first explore their feelings, get acquainted with their new reality. Only once they are comfortable expressing themselves, only then do we respond.

It remains unequivocally paramount that our teenagers: sons and daughters, students and campers, neighbors and friends, are in some way or another, in a period of mourning.

Not a mourning for a loved one, God forbid, but for a life that unexpectedly ceased to function, replaced with a new, more distanced reality with no certain end.

The aim for us, the consolers, must be to ultimately show our teenage mourner that we are concerned about his or her distress. As Rav Noach Weiberg zt’’l points out in his 48 Ways to Wisdom, the word “silent” and “listen” each contain the same letters. This is to show us that effective listening requires equally effective silence.

Rabbi Mordechai Yosef Leiner, commonly known as the “Ishbitzer Rebbe,” writes that one should take joy in the times that God prevents us from performing a Mitzvah, because the act of not doing that particular Mitzvah is exactly what God wants from us in that particular moment.

As Rabbi Jonathan Leener expands, sometimes it rains on Sukkot, preventing us from spending time outside underneath its canopy. Instead of sitting in the rain and trying to recreate an impossible reality, we should consider that being inside is actually where God wants us in that particular moment.

As our teenagers head back to school, in whatever form that may be, it’s imperative to remind them that sometimes, things in life aren’t okay, but that itself is…okay.

Giving teenagers the space to feel they are not only heard, but valued, is our job this school year. To listen rather than to speak. To give our teenagers the room to process their emotions and when, or if they decide to speak, you provide that listening space.

The plethora of Jewish online programming has shown the value we as Jews place on building and maintaining community. This year, our communities look and feel a lot different. Let us collectively come together to affirm that we are here, educators and counselors, teachers and rabbis, moms and dads, to help, to validate, and above all, to listen.

About the Author
A former Senate and Congressional intern, Shabbos is passionate about politics and history, and helped install the Israeli flag at the 2016 Democratic National Convention. A graduate of SAR High School, Shabbos currently studies at Aish Hatorah of Jerusalem.
Related Topics
Related Posts
Comments