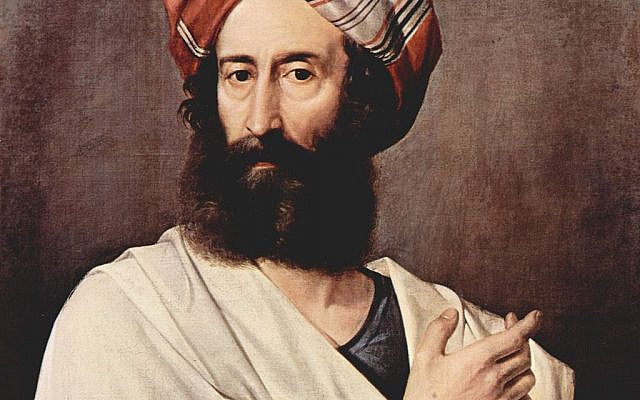 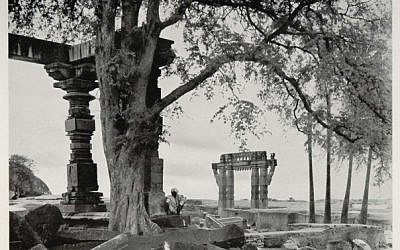 Warangal in Telangana from years ago. Image source: Wikipedia.

India is a civilizational state, with a thoroughly diverse, yet profoundly friendly demography. In this nation of rainbow like spectrum of differences among people, there is remarkable synergy between them as one unit. There are more than 19,569 mother tongues of different communities as per the 2011 Census of India. Like the linguistic diversity this nation is religiously, gastronomically, artistically, and sartorially diverse too. One of the important members of the bouquet of flowers that India is, are the Jews. Jewish history of India though hyperbolically but quite substantially is as old as the Sun and the Moon. From the times of ancient Israelite kingdoms India has had connect with the Jews. There has been a trend in specially two parts of India to claim the status of Lost tribes of Israel, the North East and the Eastern Deccan. In this article we cover the Jewish history of the Deccan, a substantial part of which was once ruled by one of the richest Muslim Princes of the world, the Nizam of Hyderabad, who as per the will of the last Caliph of Islam, Ottoman Abdul Mecid II would become the next Caliph of Islam, if the Islamic Caliphate is ever established again. This region of Telugu Deccan as per the book ‘ THE BNEI EPHRAIM’S CULTURAL HERMENEUTICS ’, written by Shmuel Yacobi an Indian Jew, after a decade of library research and travel to Israel and the USA, with Yacob Yacobi was once the Assyrio-Talmudic Telugu Empire of India around 722 B.C.E, with Jewish people inhabiting this land, keep reading to know more. 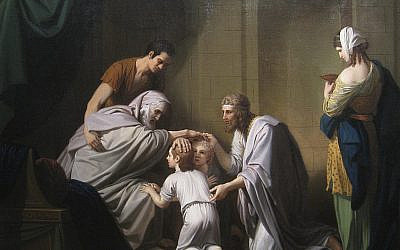 Ephraim was the second son of Joseph and a grandson of Jacob. The meaning of his name is “doubly fruitful,” why? Because “God has made [Joseph] fruitful in the land of [his] suffering” (Genesis 41:52). When Ephraim was born to Joseph and Asenath (Joseph’s Egyptian wife), Joseph happened to be a foreigner in Egypt, yet he had gained a high position in Pharaoh’s court. Manasseh was the elder brother of Ephraim and Ephraim was given precedence over his older brother Manasseh in the matter of blessing by Jacob ( Genesis 48:13 and Genesis 48:14). The tribe of Ephraim was taken into captivity by the Assyrians in 722 BC when the northern kingdom of Israel was conquered. Even so, the Lord declared, “Is not Ephraim my dear son, the child in whom I delight? Though I often speak against him, I still remember him. Therefore my heart yearns for him; I have great compassion for him” (Jeremiah 31:20). The book ‘THE BNEI EPHRAIM’S CULTURAL HERMENEUTICS ’, written by Shmuel Yacobi and Yacob Yacobi two Indian Jewish brothers, mention that all the Scheduled Castes ( Dalits ) of Southern India, and possibly even of the entire sub-continent, are the descendants of the Bene Ephraim (Yacobi 2002).

FROM DALITS TO JEWS: 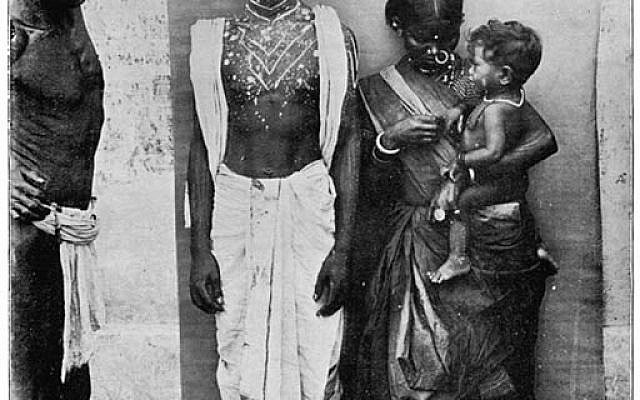 Long back In 1991, two Madiga brothers, Shmuel and Sadok Yacobi, established a synagogue in the village of Kothareddypalem in Guntur District of Andhra Pradesh. “He (Madiga) was a leather worker. He cured skins and made shoes. He also fed upon carrion. No carcass came amiss to him, no matter how it died. The skin for shoes and the flesh for food was his dictum. Moreover, he was the drummer at festivals” as per Coyler Sackett, an Anglican. Madigas, first ancestor was Jambava, as per the caste myth (kulapuranam) also known as Jambava Purana. They are a large central caste in the constellation and they have other small ‘satellite castes’, sometimes regarded as sub-castes, and attached to them.  Like all castes in India, today they generally believe in prestigious origins. One such theory speculates that Madiga is derived from Sanskrit word Maha-Adiga which can be loosely translated as great and older.  There may be ethnic and linguistic relations with Mang in Maharastra the Chakkalliyans in Tamil Nadu and possibly the Matang in North India. But then emerged a theory of the Jewish origins of Dalits in general and Madigas in particular. The Yacobi brothers refuse to describe the Judaization of the Bene Ephraim as a conversion movement. Shmuel, in particular, prefers to call it a teshuvah, or a process through which Jews who discontinued practicing Judaism in the past are rediscovering the tradition of their ancestors. The brothers, as well as other Bene Ephraim researchers Yulia Egorova and Shahid Perwez talked to, were also adamant that their Judaisation should not be viewed as a mere attempt at escaping the caste system. But as per the aforementioned researchers, it appears that Shmuel’s research into the Israelite past of his community was partly motivated by his desire to free the Bene Ephraim from caste inequality.

FROM ERETZ ISRAEL TO THE LAND OF TEL-EYN-GANNIM: 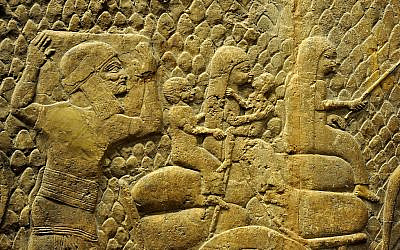 A family being deported after the Siege of Lachish; wall relief from the South-West Palace at Nineveh. After the sack of Lachish, the Judaean prisoners were deported into exile within other parts of the Assyrian empire. Image source: Wikipedia.

As per the book ‘ THE BNEI EPHRAIM’S CULTURAL HERMENEUTICS ’, written by Shmuel Yacobi an Indian Jew with Yacob Yacobi, when the ‘Assyrian Kings’ transported the ‘Bnei Ephraim Communities’ to the then ‘Assyrio-Talmulic Telugu Empire’ of India around 722 B.C.E. The whole Hebrews literature including both Written and Oral Hebrew Bible known as the ‘TaNaCh’ which was the personal and private property of the Bnei Ephraim Communities of the Kingdom of Israel was brought to India by their members, sages and the elders. During that transitional period, the stories of the Hebrew Bible and thousands of the traditional accounts of the Bnei Ephraim Communities were ‘culturally translated’ into the Talmulic culture among the South Indian Nations before those Nations were Aryanized. The Talmulic Telugu people having been influenced by the Bnei Ephraim Communities, observes the concept of Shabbat in their own way, which they call ‘Okkapoddu’ in the Telugu language meaning the one morning on which day they did not have to cook but could eat the left over food or optionally fast. All the inscriptions belonged to the period from 985 C.E. to 1358 C.E. found in South India used the name Telinga for the Telugu people groups. The American Baptist Lone Star Missionaries and the Serampore Missionaries in the Telugu Country during 1700-1800 C.E. used the name as ‘Teloogoo’ for the Telugu people groups. But the Bnei Ephraim Communities called the Telugu Country as “Tel-Ayin-Gan’ or Telangana from the beginning.

All Maggidim and Malmedim of the Bnei Ephraim Communities became Mala and Madiga communities as per the theory given by Shmuel and Yacob Yacobi. Burying their dead, is practice that Madigas follow unlike cremation done by Hindus, a practice that, according to the Yacobis, connects Dalits to Judaism. ‘This is what the Madiga used to do even before Christian missionaries arrived, and it is a Hebrew custom’, Shmuel Yacobi mentions. May it be dwelling space the houses of Madigas or their graves you would find Stars of David, signs symbolizing the Menorah, the words ‘Zion’ and ‘Shaddai’ written in Hebrew markers of their distinct Jewish identity among the larger Hindu and Muslim cultural milieu in which they live. They pride themselves on their practice of burying their dead,  as a tradition passed down to them by their Israelite ancestors. As it is the case with observing kashrut, the Madiga cemetery symbolizes for the Bene Ephraim both their Jewish past and their Dalit heritage.

As per Shmuel and Yacob Yacobi, the Assyrio-Talmulic Telugu people had strong ties and friendship with Israel before and during this Golden age. The Assyrio-Talmudic Telugu Sages were contributing their share of wisdom in the counts of the Kings of Israel and promoted their Art, Siddanta Philosophy and the Agrarian way of peaceful life. The Hebrew proverbs and the Talmudic Telugu proverbs were exchanged along with the other traditions, stories and many other historical accounts. The stories of creation, flood and the patriarchs and the all their teachings were spread among the entire member Nations of the first United Nations.

DID JEWISH SITES INSPIRED THE SOUTH INDIAN NOMENCLATURE OF PLACES? 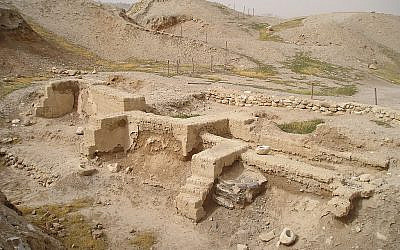 Well that is what Shmuel and Yacob Yacobi points out, as per them, many places in South India specially the Telugu Deccan and parts of Karnataka like Kishkinda near medieval city of Vijayanagara, borrowed their names from the name of sites in the region from where Israelites gave and settled in South India, such as Jericho, one of the oldest cities of the Middle eastern world became Araku valley, Babel became Bobbili or Baveru, Yerushalaim became Alayam, Ur of Assyrians and Chaldeans in Mesopotamia became the suffix of many towns and places like Guntur, Ponn-ur, El-ur, Pun-ur, Kush-Kandahar became Kishkinda, Kandahar became Kandur or Kandukur, Mohenjodaro became Maha-Andhra or Mandar or Mandadam etc. in the Telugu country. All these names of the persons, places and stories tell us all the ancient roots, parental people groups and their starting points whether their ancestors were from Africa, Egypt, Ethiopia, Israel, Assyria, Babylonia, Persia, Greek, Rome, Russia or from any other place on the globe.

“What is this caste system? What is this discrimination? In Babylonian exile the Jewish people had to say, ‘We are unclean’. The same situation was here… So, that’s how that began” says Shmuel Yacobi. Caste system has been the nemesis of the once powerful Indian nation which over the years saw the Huns, Scythians, Turks, British so on and so forth come and become it’s rulers. Indians with the rising tide of social reform to end once and for all caste based discrimination, were able to change their attitude towards this abominable system, become independent from foreign yoke and progress and become a guiding light for democratic values, but the vestiges of this social malady caste system still lingers on, and it is the constitutional duty of every Indian to obliterate it as soon as possible. The discovery made by the Madigas of their Jewish roots and their claim of the Dalits all across India being Jews, gives India and Israel an opportunity to work and built on this ancient connect. Indian Jews are a strong pro Israel lobby in India who along with Zionist Hindus are a strong pro Israel voice on the global stage too, including media. Jews of India are a micro minority but with the rise of “Back to roots” kind of movements in North Eastern India and South India there has been a substantial increase in the Jewish population in India.