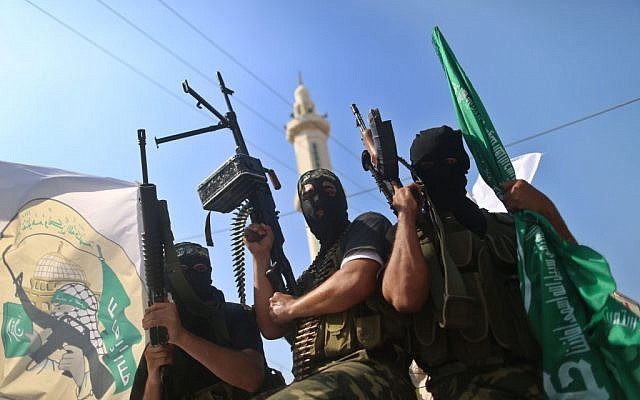 Hamas militants take part in a march in the streets of Gaza City to mark the first anniversary of the Shalit deal. October 18, 2012 (photo credit: Wissam Nassar/Flash90)

This week we mark the third anniversary of the Shalit Deal. On that day, October 18, 2011, my husband and I felt as though our child, Malki, murdered in the notorious Sbarro massacre of August 2001, was killed a second time. The anguish and torment we felt as we watched her released murderer, Ahlam Tamimi, triumphant and joyous, hug family and admirers celebrating her arrival at Amman airport were unbearable.

How can that be compared to Malki’s actual murder? There are no expert psychological delineations of a normal reaction to such an experience. That’s because no other leader in the world has ever overturned 16 life sentences in one fell swoop to free a mass murderer, as prime minister Netanyahu did. No other leader freed scores of murderers and handed them back to their terror groups. No other leader trampled the rights of victims of terror the way he did. There are, therefore, no other instances of this torture to compare to ours. So please just take our word for it. Malki was indeed murdered twice.