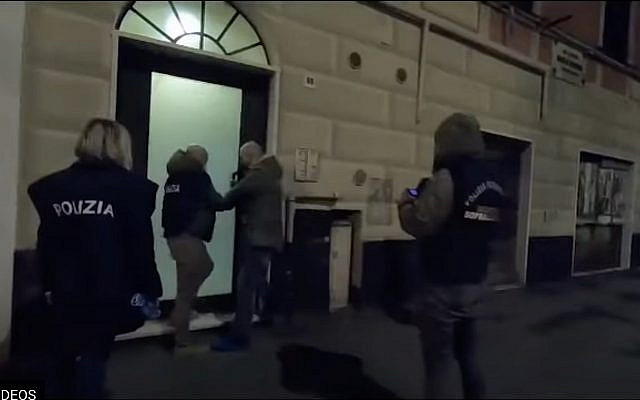 Terrorism rises its head in Europe, this time in Italy where over a dozen people of Pakistani origin (or nationality), were arrested in Genoa all a part of the “Gabar Group”.

Europe wide alarm bells rang when arrest warrants were issued for fourteen Pakistanis in Italy connected with the terrorist attack on the Charlie Hebdo office in Paris in September 2020. This confirms the growing presence of Pakistani radicals in Europe. These extremist sympathizers network across Europe through social media platforms calling for terrorist attacks against those who insult the Prophet or Islam.

The two-year long investigation found active existence of a terrorist cell formed by young Pakistanis in several Italian provinces and in some European countries. Pakistani terror supporters have been under watch in the UK, Spain, Italy, France and Germany ever since the arrest of a Pakistani national, Zaheer Hassan Mahmood, for stabbing two persons outside the French magazine office in Paris in September 2020.

The magazine had published allegedly insulting cartoons of Prophet Muhammad. Prime Minister Imran Khan had openly supported militant organizations like Tehreek-e-Labbaik Pakistan (TLP) to take over the streets of Pakistan demanding the ouster of the French Ambassador and sanctions against the French at that time.

The French police arrested Zaheer Hassan Mahmood for the attack. In December 2020, French authorities arrested four more Pakistani nationals who had the prior knowledge of the attack and were encouraging Mahmood to carry out the attack through social media. Mahmood confessed to be a member of a proselytization group based in Pakistan, Dawat-e-Islami. He told his interrogators that he was influenced by the Dawat-e-Islami founder, Mullah Ilyas Qadri.

The Barelvi group, which claims to be non-violent and non-political, came into prominence in 2011 when one of its followers, Mumtaz Qadri shot the then Punjab Governor Salman Taseer. The organization has its own website and a TV channel called ‘Madani TV’.

Although till then, the Barelvi group was considered to be peaceful, investigations after the Salman Taseer killing found more malevolent versions under the hood. Many members of the group have since joined a Barelvi militant group, Sunni Tehreek. In fact, the Pakistan military was anxious about the group and its activities within the armed forces, especially the Pakistan Air Force. The group claimed to have collected donations worth over Rs 20 million in one year.

In February this year, Spain arrested five more persons, all Pakistanis, for networking with the Paris attacker. These persons were using social networks to urge compatriots to attack those who raise their voices against Islam. They were arrested in Barcelona, Gerona, Ubeda (Jaen), and Granada and all of them admitted to be members of TLP, a group which had the tacit support of the Imran Khan government as well as the army. These men were disseminating audiovisual material through Facebook and Tik-Tok. These video clips praised terrorist attacks. They had active and numerous followers in Spain, France, Greece and Italy.

According to the Italian ambassador to Pakistan, Andreas Ferrarese, as of February 2021, there are around 200,000 Pakistanis in Italy, of them 140,000 are documented. This also gives rise to a large number of Pakistani’s with European passports who can freely travel to Israel without visas. The growing networking of extremist groups in Europe as well are the presence of EU funded pro-Palestinian groups in Europe.

An innocuous example was the invitation of former President of the Italian Parliament, Laura Boldrini, to speakers from two organizations considered to be a part of the Popular Liberation front for Palestine (PFLP), to speak at the parliamentary committee for foreign affairs in Italy in December 2021. Israel has declared these entities to have close terroristic links, while European politicians continue to support them. It isn’t very bizarre to take note that Europe could be a breeding ground for such cross pollination of terror, given the hate for Israel that is found in Pakistan.

While Genoa is a warning for Italy and Europe, to pay closer attention to Pakistani migrants and asylum seekers, it also should be a red flag to Israel given the globalization of jihad.