I was just sitting at our dining room table, attending an academic lecture via zoom, when – SHOTS. Fired. I’m sure of it. One set of about five-six shots. And another round, five-ish seconds later. My first instinct – click my class’ zoom camera off (!) and then call upstairs to help lock up the house. Within 20 seconds of the shooting/s we were locked down and checking for information. Nothing on the news channels – well, of course, we just heard the shots, no sirens yet either. And then all hell broke loose – neighbors texting, sirens blaring, vehicles from an army base zoom past and police cars too (I’ve become somewhat of a maven on different emergency vehicles, over 2 decades of life here).

Then the news trickles in. Terror attack on the sidewalk just beyond our back walkway. On the sidewalk leading to the mall. Arab terrorist shot by Israeli civilian. But wait, my friends are still inside the mall, held in the stores til further notice because there’s news of more than one terrorist, loose. So we told the one in Fox to ask for a discount and another in the supermarket to get some coffee. Crazy?

Meanwhile I’m turning my zoom camera on and off, trying to pay attention to class, take notes like a normal person, my eyes caught outdoors on the ruckus just outside the glass doors to our backyard. And the sirens – so many.

After group texts, family texts, neighbors locked down but checking in, the event is declared over and the body count is one dead Arab Palestinian terrorist, one heroic Jewish resident from a nearby community who thankfully reacted quickly and decisively. Our mayor had this to say to the press:

Gush Etzion Regional Council Head Shlomo Ne’eman on this afternoon’s attempted terror attack near the Gush Etzion Junction, in which the terrorist was shot and killed, without any injuries to Israeli civilians or soldiers.

The attempted terror attack finished as it should. Any attempt at carrying out a terror attack in the State of Israel should end without casualties and with the terrorist dead. We thank the Gush Etzion hero, a civilian, who identified the threat and acted quickly and with determination, which brought about the necessary result.” 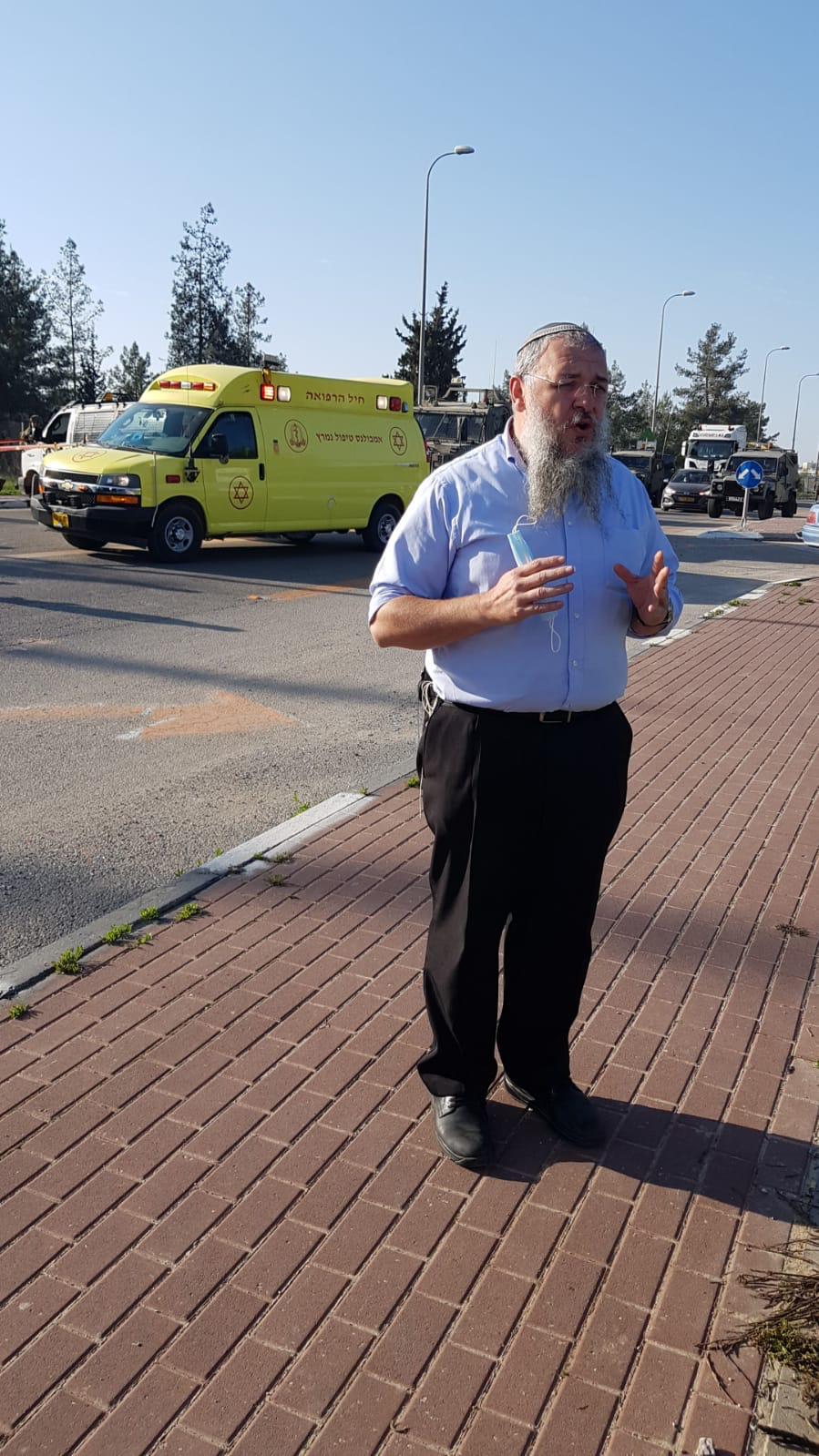 To our enemies, we say that they don’t really scare us, and certainly will not weaken the mission of the residents of Judea and Samaria. The opposite is true: we are here forever, we will build Gush Etzion, and we will expand and develop this amazing place; and in all of Judea and Samaria. This is the land of our ancestors, and soon we will be a sovereign part of the State of Israel.

An addendum to this stressful afternoon: As the sirens quieted, two Arab palestinian gardeners – hired by the local government – drove up and parked their car on the path behind our house. They pulled out a large electric saw and started chopping away at the trees, for winter pruning. I ran out to offer them some Middle Eastern hot black coffee, and we chatted about the state of our pomegranate tree (needs some help). Can life get much stranger?

I hope you all share this post so that people know what Israelis deal with on a regular basis. Our children and loved ones serve in the army, protecting our borders every day, while the rest of us sleep comfortably in our beds. Some of my readers will know that from the stories of our sons and daughters’ service. I hope you sleep well too, knowing they are doing what they have to do, to ensure the State of Israel is safe. For all of us.

Those of you who live outside Israel’s borders and have the Jewish natural and automatic right of return – Come home now. Get your corona vaccinations in a country that takes care of her peace-loving citizens and wants the best for the region. Build your homes where it makes a difference, where you can spread goodwill and powerful messages of prosperity. Together we shall overcome – tiny, mighty viruses or horrible, hateful terrorists. With God’s help, b’ezrat Hashem, we’ll find normalcy and make it all flourish, Inshallah.