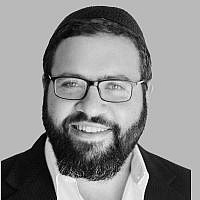 Author’s Note: If the below is offensive or triggers any personal pain, I am deeply sorry.  If you have caused anyone pain and have not made amends with yourself and your victims, you are not entitled to forgiveness.  If you have attempted to right your wrongs, I wish you every success in doing so and hope that the weight you carry is sufficient penitence.

I shouldn’t write it….but I really should….but it could get me in trouble….but no one else is writing it…maybe there is a good reason for that…..but maybe there isn’t…..

I’ve been troubled by the above soliloquy for years. It literally keeps me up at night. I’ve toyed with writing letters to specific individuals or making phone calls. I’ve studied, visited with, and spoken to dozens of these people. I’ve listened to the mob response and to that of the enlightened and articulate (and outspoken) crusaders. I’ve also read about, met with, and heard from those who have been irrevocably scarred and can only be grateful that I am not experiencing what haunts them, often daily. After (or maybe during) all of this, I’ve come to the conclusion that there is a voice missing in this discussion. Let’s back up….

“For there is no righteous man on earth who does good and sins not” (Kohelet 7:20) .

We are all sinners. We all make mistakes. We all hurt people. Repeatedly. Sometimes the damage is minimal and other times it is extensive. And we all expect another chance.

There is a growing demographic of sinners who just can’t seem to get another chance and, while it may be (and often is) their own fault, it just doesn’t seem fair. Before I go further, I need to stress that I am in no way condoning or even minimizing the terrible travesty that is abuse — specifically, but not exclusively, sexual abuse. The strictest terms and most severe punishments must be used as deterrents and these must be used in conjunction with widespread community education, as well as policy reform in schools, shuls, and summer camps. If this piece is offensive to you or someone you know, I am truly sorry.

On Kol Nidrei night, the Chazzan receives “permission” from the tribunal (usually the Rabbi + 2 community leaders) to “Pray among the sinners”. No one is perfect and no community, therefore, is without its sinners – even some very serious A-list sinners. No need to join the gossipers in the back during services to find out who the sinners are, just go with statistics and rest assured that if you are in a room — any room — with 500 or more people, at least five of them have done something very very wrong. Heck, one of them might even be you. For some reason, though, we deem some sins forgivable and others unforgivable. Sure, we may feel a slight discomfort when “that guy” who mysteriously disappeared for six months amidst rumors of tax evasion, suddenly reappears in Shul…..and we may choose not to hang out with our (former) kiddush club buddy whose ex mentioned infidelity, but overall, these people are not demonized. They are avoided by some and maybe even dishonored by others, but demonized? never. If they repent and acknowledge wrongdoing? Case closed. Just like that.

It’s not so for abusers. Once word gets out that someone has done something deviant, it’s over. He or she can be arrested, tried, convicted, and sentenced. They can do their time, register in all the right places, check in with parole officers, and attend mandated meetings and even voluntary ones, and still not be accepted.

“He should have thought of that before he committed the crime”. Really?!?! Isn’t that true of every crime? Maybe it is and maybe it isn’t. I don’t know. Here’s what I do know: reconciliation is possible for some. If that’s not you, so be it, but as a society who are we to reject that possibility outright? Keep in mind that if society gives the perpetrator a (social) death sentence, we are also ensuring a lifetime victim status for the victim. Second, when we put all blame on the abuser and completely disassociate with him or her, we are declaring that by ridding ourselves and our community of this individual, we have rid the same of any further problems. This is exceedingly dangerous and could not be further from the truth.

In the Book of Devarim (21:7) the verse describes the ritual of the Egla Arufa in which an unidentified corpse is found outside of the city limits. The elders of the closest town must proclaim: “Our hands did not shed this blood, nor did our eyes see [this crime].” As a society, it is our responsibility to educate the masses and to initiate wrought iron policy that acknowledges the dangers without fear-mongering. When we demonize, we teach people to look out for demons and then we subtly teach those same people to feel safe when they don’t see any demons. Close to 90% of convicted abusers are not demons. That is, they demonstrate remorse and shame and want a chance to make things right. Let’s own at least some of this and make sure that we are vigilant and not dismissive.

Where am I going with this? Time to reiterate: if someone has been accused of a violent crime, stay away. If someone has been accused of really bad things and/or still crosses red lines, stay away. That person doesn’t want forgiveness; that person wants a pass. We don’t give passes. But if someone is willing to adhere to necessary and reasonable guidelines set forth by law and halacha (registry, yichud, Megan’s Law, etc.), who are we to add anything? These laws were created to keep things clear! 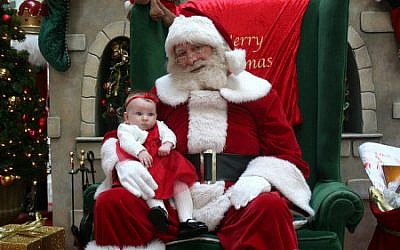 You know why Mall Santa is always wearing white gloves? You know why his hands are always on his knees?!? Ever notice that? It’s to keep his hands visible as he spends weeks with little kids on his lap! Background check + gloves = temp work! It’s not an accident! Cross a red line and you’re out. No three strikes. One and done. But more than that? We can’t offer the possibility of penitence? He can’t pray for forgiveness with the sinners even though he knows that he has sinned?

About the Author
Avi Ganz is the program Director of Ohr Torah Stone's Yeshivat Darkaynu. He lives with his wife and five children in Gush Etzion where he plays the blues on his Hohner, and reminisces fondly of his days playing tackle football with the IFL.
Related Topics
Related Posts
Comments