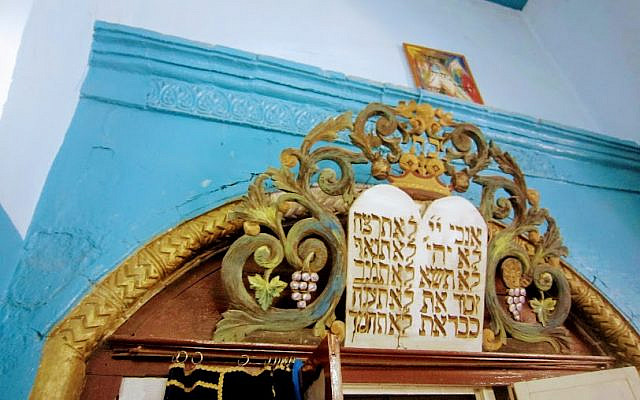 Tonight is Shavuot, the holiday of the giving of the Torah, where we celebrate our faith in G-d and His divine words to us about how to live our lives as everlasting from Sinai through today. Yet, this holiday contrasts sharply with a comedian that I was watching on Netflix the other night, and at one point he talked about being an atheist.

The showman said that he never prays and that he believes that once you die, you’re just plain old dead! According to him, there is no creator and we are simply the result of thousands of years of atoms bumping into each other and an endless series of mutations. There’s no master, no plan, just randomness.

Interestingly enough, he also boasted about being filthy rich, living in a mansion, and having a life of it all. In his world of G-dlessness, I would imagine that he credits his superior genetics, nurture, talent, or good luck for his fortune.

Yet, even while he was boasting, I couldn’t help but remember my dear father, Fred Blumenthal’s (זצ״ל) words:

There are no atheists in a foxhole!

When you’re sitting out there on the battlefield in the trenches, and that enemy tank steamrolls over your position, every soldier prays to G-d for help and to spare his life. So I guess it’s easy for this rich and famous comedian to be a big mouth and off-putting to G-d when he’s feeling so big and mighty in his life, but I wonder whether he would rather be quickly changing his tune under more challenging circumstances.

This all touches on the age old question that I was speaking about with the Chabad rabbi today which is: the righteous who suffer and the sinners who prosper in this world. This is the question about Isaiah the prophet, who died being cut in half by the evil Judean King Manasseh, about Rabbi Akiva, who was excuted with iron combs ripping off his skin by the Romans, and about the Holocaust, where six million Jews were genocidally tortured and murdered. Yet, the atheist comedian basks in his success, wealth, and witty jokes and mocks the notion of a living G-d and Master of the Universe.

In Lynn Austin’s book, Faith of My Fathers, the main character, Asher, is asking his mother a similar question about why he and his family are suffering, and she points to her underlying confidence in G-d and says to her son:

Asher continues to search for answers to the suffering, and he asks “why” to Rabbi Gershom of his childhood, and the rabbi answers him:

You may certainly question Yahweh, but ask the right questions…Ask Him what He wants to teach you through this suffering. Ask which of your faults, like pride, or self-sufficiency, or self righteousness, He’s trying to purge you of. Ask which of His eternal qualities, like love, and compassion, and forgiveness, He wants to burn into your heart. Yes, go ahead and ask questions!

In short, I think it’s healthy for us as human beings to ask questions, even the most difficult questions of why. We need to make sense of our world and the context in which we live. Questions like: Why do good people at times experience horrible loss and suffering? Why do atheists and sinners often seem to excel and succeed (my wife says, perhaps they sold their soul to the devil!)?

Asking questions constructively means we are alive and engaged with what’s happening around us. It means we care and want to try to understand. It means that our souls are searching for answers and yes, to find G-d even when He may be hidden from us. And that we are attempting to elevate ourselves and achieve holiness even in a world that at times appears chaotic, brutal, and defiled.

While asking why to search for G-d and try to understand His ways is human, at the same time, we as mere mortal human beings can not ever fully know G-d’s ways or His plan for us. In short, Mendel, the Chabad rabbi, said today, don’t get fixated on the why. Instead focus on what you can do to make the world better. Actions speak louder than words.