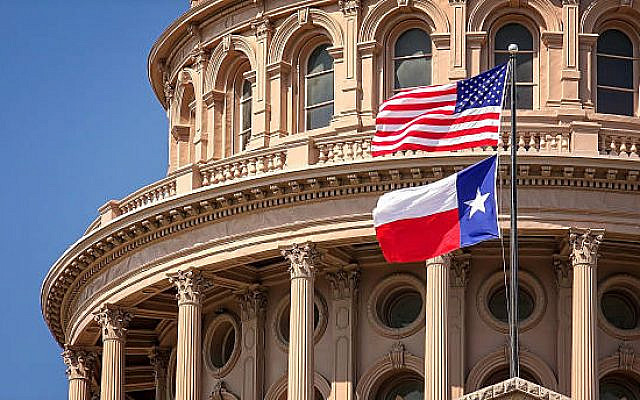 Two months ago, in summary fashion, five conservative justices of the US Supreme Court allowed the Texas anti-abortion law with its vigilante enforcement mechanism to go into effect.

The “complex” “novel” “antecedent” legal questions that bedeviled those justices finally emerged from the shadow docket.   On Monday, the Court heard arguments, not on whether the act violates the constitution, but whether anyone can do anything about it.  The novel and antecedent issues turned out less complex and more a cover for a preferred political outcome.  Experts think the Court will allow federal review.  If so, only because at least one justice realized what helps politically today may boomerang tomorrow. Tellingly, we don’t know whether the Court will keep the ban in place.

Texas enacted a law banning almost all abortions after six weeks.  In order to avoid an unfavorable outcome in federal court, the state turned to private individuals, suing in state courts, to insure compliance.  Plaintiffs need not show any personal harm and may sue anyone anywhere in the state’s 268,597 sq. miles (695,663.036 sq. kilometers). Even if a plaintiff lost on the same facts, other people could pile on. (Normally, courts must reject such vexatious litigation.  Court rulings do put controversies to rest.)

Successful vigilantes earn a hefty bounty and attorneys fees, but successful defendants gain nothing. Texas argued that because the state or an official technically does not control the plaintiffs, the law lies beyond the power of federal courts to review.

While not reaching that conclusion, five justices hesitated to block the law, or so they wrote.  Monday’s court session exposed three lines of argument, none of which passes what lawyers call “the laugh test.”  The “baffled” justices questioned the need for relief, the persons against whom to order relief and the effectiveness of relief (given the millions of possible plaintiffs).

Justice Samuel Alito pursued the argument that federal courts can stand aside because the state courts of Texas will uphold US constitutional rights with dispatch.  He asked whether state judges in Texas take an oath to uphold the US Constitution and whether the courts have kept current on their dockets. The challengers to the Texas law should rely exclusively on those remedies, in effect. Anyone familiar with the Constitution knows this sweeps aside the post-Civil War  Amendments.  The Union having defeated secession, Congress, through the 14th Amendment, added national citizenship and accompanying rights to what the law had recognized only as state citizenship.  Federal courts provide another layer of protection against parochialism, irrespective of oaths judges take and the state of their dockets.

Similarly, Justice Neil Gorsuch asserted that the plaintiffs should violate the law, subject themselves to litigation and challenge the law that way.  He said, incorrectly, that those who had sought to overturn pandemic restrictions on communal religious services had to pursue that avenue.  Ex parte Young, the 1908 Supreme Court case the conservatives claimed tied their hands with regard to blocking theTexas law two months ago, explicitly states that substantial penalties, like those here, justify advance review.  In any case, 40 years later, Congress enacted the Declaratory Judgment Act allowing such suits in federal court.

Next from Justice Alito came head scratching over how to direct relief.  The US’s two-tiered structure of governments requires the courts resort to legal fictions in order to enforce federal law and the US Constitution against states.  Rather than sue their states, plaintiffs seeking to invalidate laws or other actions sue officials, such as the governor or attorney general.  As Texas farmed out enforcement to “independent” parties, the plaintiffs here concluded they could not sue the attorney general.  Instead, they asked for relief against the court clerks who accept and process suits and the judges who adjudicate them.  Justice Alito complained that the clerks do not adjudicate cases and judges do not automatically approve the bounties.  In addition, as of now, no known private enforcers have come forward.  He implied that the Court could do nothing.

The idea that clerks do not hear cases and judges do not automatically rule for plaintiffs misses the obvious point: the invalidity of bringing the litigation.  Clerks must reject complaints and judges cannot even look at the papers.  A simple writ of mandamus, an order directing the clerks and judges, who have no discretion in the matter, to throw the bounty hunters’ suits out of court, lies within judicial capability under the ancient All Writs Act.

As for the hidden plaintiffs, no problem exists. If clerks may not accept filings and judges must reject suits. plaintiffs will stop bringing them. If a federal court thought relief against clerks and judges insufficient, it could include “persons unknown” who could not bring suit. These same answers solve Justice Gorsuch’s problem of how to hold the world, or as he said the universe, in contempt of court if the bounty hunters swamp the state courts.

Interestingly, Justice Brett Kavanaugh, a potential fifth vote to allow the suit to go on, realized that if Texas could nullify the constitutional right to abortion in this way, other states could ban assault weapons.  As a pro-gun judge on the court of appeals, he opposed an assault weapons ban.

Looking forward to Act 3 and other cases to see how far the conservatives on the Court will push their political agenda.