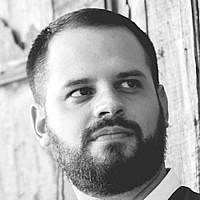 The Blogs
Ilan López
Apply for a Blog
Advertisement
Please note that the posts on The Blogs are contributed by third parties. The opinions, facts and any media content in them are presented solely by the authors, and neither The Times of Israel nor its partners assume any responsibility for them. Please contact us in case of abuse. In case of abuse,
Report this post. 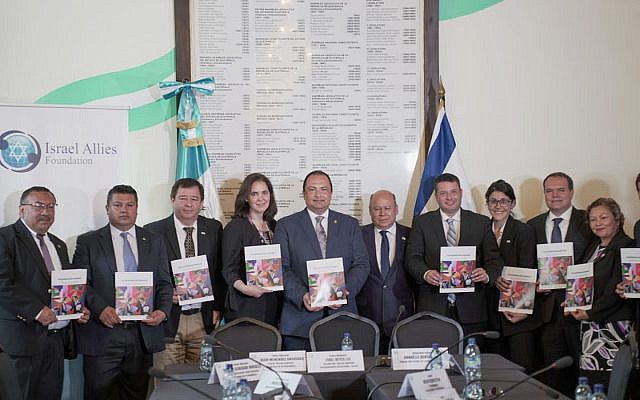 Over the last three years, I have witnessed what it is to live in a country that loves Israel. As an Israeli, I frequently joke, saying that Guatemalans love Israel more than Israelis love Israel.

Yesterday we materialized a project in which the Jewish Community has been working for months and cultivating for years. Together with the Guatemalan Ministry of Foreign Affairs, the Guatemalan Congressional Israel Allies Caucus, the Israel Allies Foundation, and the Embassy of Israel in Guatemala, we launched a publication that collected some of the essential documents that built the relationship between Israel and Guatemala.

From the first message, a telegram sent by the Guatemalan government a couple of days after the declaration of independence, to the recently-adopted working definition of Antisemitism, signed by the President of Guatemala, this book is a reference to the excellent and unique relationships that exist between the two countries.

This relationship goes far and beyond politics and diplomatic ties. The people of Guatemala have a deep love for Israel and Jews. Every year, the country celebrates the Guatemala-Israel friendship week, in which all public schools study -from materials prepared by the Jewish Community and the Local Embassy- about Israel.

The Jewish Community of Guatemala has been present and actively promoting this relationship since the beginning. As a result, we can proudly say that Guatemala is today the Capital of the Pro-Israel world. Now, It’s time for the Jewish world to say: Thank you, Guatemala!.

For more information about the Jewish Community of Guatemala, don’t hesitate to contact me

About the Author
The author is the Executive Director of the Jewish Community in Guatemala. Originally from Venezuela, Ilan moved to Israel when he was 20 years old. He served in the IDF unit COGAT as the director of the Digital Diplomacy department. After his service, he worked at StandWithUs he started the Latin American department of the organization. In 2019 he moved to Guatemala to work with the local Jewish community.
Related Topics
Related Posts