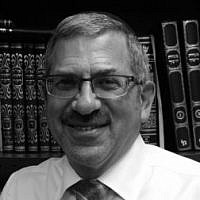 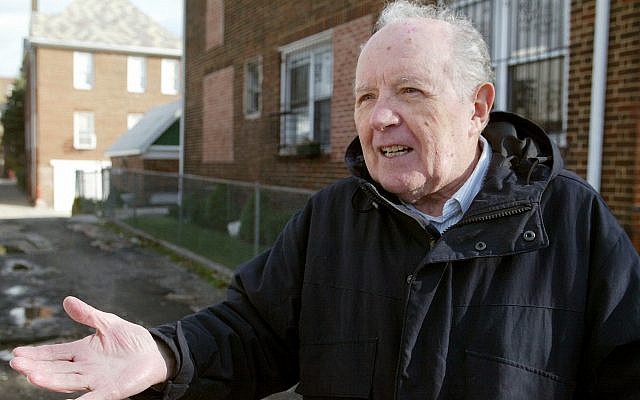 In 2003, Jakiw Palij, a Nazi camp guard at the notorious Trawniki concentration camp, was stripped of his US citizenship for lying about his Nazi past when entering the country.

Palij applied for a visa to enter the United States in 1949 and was granted citizenship in 1957. Palij falsified his citizenship application, concealing his murderous past, and claiming that he was an innocent farmer during World War II.

Palij did not mention that he was a member of the infamous Trawniki guards, whose members’ “accomplishments” included taking active roles in exterminations at other Nazi camps.

Documents show that on November 3, 1943, Palij was stationed at Trawniki the date when over 6,000 Jews were murdered there, as part of Operation Harvest Festival, the largest German single day killing spree during the war, with over 42,000 Jews massacred across multiple camps. Specifically, the guards told their Jewish prisoners to build anti-tank trenches. Once the trenches were dug, the Nazis shot the Jews in the trenches. While evidence does not indicate Palij’s role that day, at ‘best’ Palij prevented Jews from leaving Trawniki to escape murder.

Upon discovering that Palij had obtained American citizenship fraudulently, Mr. Eli Rosenbaum of the U.S. Department of Justice’s Office of Special Investigations in Washington D.C. brought charges to revoke the Palij’s citizenship. In 2004, Palij was ordered to be deported from the United States and sent to Germany, Poland or Ukraine. However, none of the specified countries agreed to take Palij into their country. As Neal Sher, the former chief of the Department of Justice’s Office of Special Investigations told me “[years ago] I remember meeting with their representatives of the German government asking them to admit Nazis living in the United State and their repeated response was ‘we do not want to take your garbage!’”

Our school, Rambam Mesivta, has held more than 16 rallies outside of Palij’s home.

We were shocked that a Nazi continues to live freely in our great country. We expressed our outrage that hundreds of thousands of American soldiers died fighting Nazis in Europe and that this monster walks our streets, collects Social Security, and receives police protection, garbage pick-up, the benefit of using the US Postal Service, and other protections afforded to those who live in our great country.

We followed up with protests outside the German consulate in New York City. On every occasion, we were rebuffed by the Germans claiming that they had no responsibility to take him back, claiming that he was a Polish national who killed Jews in the Ukraine, hence Palij is not Germany’s problem.

With members of the media present, our students made it crystal clear that Germany must take responsibility for Palij, because they provided him with the training, the gun, the bullets the uniform and the orders. Pointing to the German flag outside the consulate, students changed in unison “He’s YOUR Nazi, take him back.”

Many politicians joined our rallies in support of Palij removal. The entire bi-partisan New York state Congressional delegation weighed in by calling on Germany to change their long-standing policy and finally take responsibility for Palij. The rallies, the media attention and the political pressure did not sway Germany.

Previous administrations, under President Bush and more recently President Obama were not able to sway the Germans to change their policy and take back Palij even though they were aware that Palij was a Nazi who had been living freely in the United States.

Enter President Trump, who took special interest in the case and pushed for Palij’s removal. Richard Grenell, the United States Ambassador to Germany, reportedly brought up the Palij issue in every meeting he held with the German government. Mr. Grenell, at the behest of President Trump, sought to convince the German government that it had a moral responsibility to accept Jakiw Palij from the United States.

Early last Tuesday morning I received a text message which informed me that President Trump was announcing that a deal had been made with the German government. Palij was arrested that day and sent to Germany. President Trump further showed the public his interest in the case, telling the crowd at a recent rally in West Virginia, “He’s gone. He’s back in Germany.”

All freedom loving people must appreciate and applaud President Trump and Ambassador Richard Grenell for making a powerful statement and taking ACTION to remove a Nazi war criminal from our midst, something that no other administration was willing or able to do. We are forever grateful.