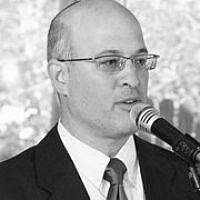 With all the deservedly negative reactions to the UNESCO resolution from Israeli leaders and Jews worldwide, as well as some of our friends in the international community, what is being missed are the silver linings. It’s true, you need to look for them. And they aren’t there because the drafters of this ugly resolution wanted them to be there. But they are indeed there.

For one, there’s nothing better than pure, unadulterated anti-Semitism to rally the Jews of the world around the flag. Such an affront to our heritage, both religious and national, rallies the tribe. And that’s a good thing. Particularly for Israel.

Much has been written about how large amounts of people living in the largest Jewish community outside of Israel, in the United States, are increasingly drifting from the Jewish State. Part of that has to do with an increasingly right wing agenda in Israel coming up against a very staunch liberal leaning American Jewish community. More of it has to do with the increasing alienation felt by Reform and Conservative Jews, due to religious policy in the Holy Land, driven by the most strident of orthodox tenants. This can be seen in the recent conversion controversies (the latest of which targeted Rabbi Haskel Lookstein, a well-known American Orthodox Rabbi, much to the protest of the Orthodox Rabbinical Council of America – RCA). It can be seen in the recent Mikvah controversies. And it can perhaps be seen the most in the ongoing saga of the state-recognized prayer section for egalitarian prayer at the Robinson’s Arch area of the Western Wall, a deal reached after long negotiations, spearheaded by Natan Sharansky, the Head of the Jewish Agency, and adopted by the Israeli government. At the time it was hailed as a major breakthrough. But the Haredi parties quickly backed away due to pressure from their constituencies, and the Prime Minister, fearing what may happen to his coalition if the Haredi parties pulled out due to the implementation of that decision, put it on ice, much to the disbelief and fury of the Reform and Conservative movements. The betrayal felt following this episode has yet to subside.

With these examples only being the tip of the iceberg, the estrangement felt by many American Jews, particularly the younger generations, is becoming more and more tangible. The threatening voices are getting louder. And the strategic implications for Israel should this break become something more than a war of words and ideas, can be significant.

So it is almost with relief that the UNESCO resolution hits the Jewish world in the face to remind us all that we are indeed one people and in the same boat. How ironic it is that it should be around an issue that is so divisive internally, as described above…

But unifying Jews around the world is only one silver lining. There are others. Jews were not the only people to be upset by this historically re-visionary resolution put together by bastions of democracy and civil liberties such as Algeria, Bangladesh, Iran, Lebanon, Malaysia and Pakistan to name just a few… While most European countries abstained (which as Yair Lapid pointed out in his excellent TOI blog that this is still an embarrassment) this was still better than voting in favor. Unfortunately, other than Germany, the UK and the Netherlands, no other European country with the vote had the moral backbone to openly say NO, and, at the end of the day, Christianity was targeted by this resolution as well. Still, by abstaining they sent a message that this was not something they supported, leaving the automatic majority of those “enlightened nations” to win a technical victory, one that actually shows the moral bankruptcy of the organization or at least of those nations taking advantage of the organization to promote their political agenda.

You can add to this that among the abstentions was Sweden. Now between us, who would have believed that the Swedish delegation would abstain given their current government’s policies regarding Israel? One can also add the fact that Mexico in a very high profile move, backtracked from its original vote (even though their Foreign Ministry sacked the Jewish Ambassador for voting his conscious by walking out of the vote and defying Ministry directives to vote in favor). Brazil voiced its displeasure with the vote and vowed to not support such initiatives in the future. The Czech lower parliament blasted the resolution, and two heads of UNESCO itself, though powerless to change the votes of the organization’s members, came out strongly against it. In some of their statements, the Palestinians themselves seemed to fear the backlash of turning this into a “religious issue” rather than a political one.

So, it seems, Israel isn’t exactly alone and that the entire world is against us after all. (Just large parts of it…)

And here lies the final silver lining, one that if used wisely, can certainly be of benefit.

More than anything, what came across in this resolution is the fact that the Palestinians and the Arab world have yet to acknowledge the Jewish historical and religious connection to this land. Not doing so at the beginning of his term was one of the worst mistakes President Obama made regarding his relationship with Israel and though he worked to change the impression he made that we are only here as a result of the Holocaust, recognizing that mistake, the tone was set. Prime Minister Netanyahu has called for Palestinian recognition of Israel as the Jewish homeland as an indispensable piece of any future peace deal. And he is right. This always has been and continues to be at the core of this conflict. It isn’t the only problem. The world views announcements of settlement building as provocative and unhelpful. The issue is clearly divisive in Israel’s international relations, even with the best of friends, and one can legitimately question the wisdom of the policy, particularly the timing of some of those announcements, but the settlement issue isn’t and never has been the core of the conflict.

The UNESCO resolution, rather, clearly shows why the issue of non-recognition of the Jewish connection to the Land of Israel, the heart and soul of the Zionist movement, remains the core of the conflict and it provides the Israeli government with a unique opportunity to leverage this truth in its international relations and future peace process negotiations.