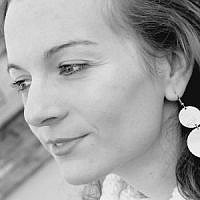 I haven’t seen my grandfather for the last five years. But it wasn’t his fault. And it wasn’t my fault either. It was life and all its complexities around it.

I moved away from Hungary for the second time. After a Russian boy, I partnered up with a Jewish boy. He saw my Russian boy once or twice. He didn’t say a word. But I know it was hard on him. My great-grandfather was taken by the Russians one night, and nobody saw him ever after. My grandmother was hiding in the attic from the Russian soldiers, who came and conquered, sexually assaulting women as they wished. History was just too close. They lived in an era I’ll never fully understand no matter how many books I read.

He never saw my Jewish boy.

I haven’t seen my grandfather during the last five years. But it wasn’t his fault. And it wasn’t my fault either. It was life and all its complexities around it.

Then my grandmother was taken to the hospital.

The day before that I went to visit my grandparents. I don’t know why. It was a gut feeling.

Once I left, my grandfather called up my father to tell him he’d forgotten to tell me a story and if I could pass by tomorrow.

I couldn’t go the next day. Because that was the day when my grandmother was taken to the hospital.

But I did go a few days later.

He was waiting for me with pictures. 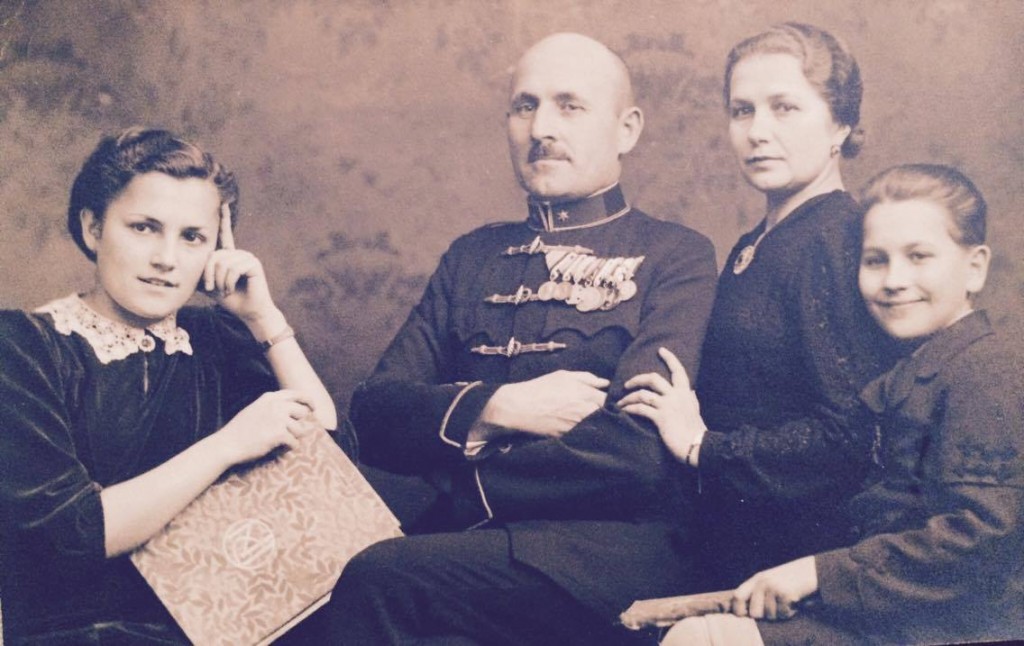 My grandfather with his parents

The one that survived was saved by my great-grandfather. A man I’ve never met.

“We came home from the city,” said my grandfather, “when this woman was waiting at our doorway. She went down on her knee and kissed my father’s hand.” My grandfather paused for a second, and I saw that he was crying. I was choking on my inner tears. I tried to hold up. I knew if I didn’t, thirty years of tears would come out.

That woman was the wife of the Jewish man that survived. Years later — once her husband had already passed away — she came to my grandfather’s home to say: ‘Thank you for saving us. Thank you for risking your life and hiding us when you shouldn’t have.’

This was my great-grandfather. He risked his life to save a Jewish family. (Like so many Hungarians back then — something, we should talk about more often.) The first time in my life I felt closer to my grandfather; to the little boy in that picture who saw how his father saved this Jewish family.

The other two Jewish men died. And we’re around 1944 when they did.

“I was somewhere in Germany with my unit. We’re marching towards Hungary. They didn’t let us walk during the day, only by night, in the dark. We walked kilometers upon kilometers. Some of us never returned home. One night they gave us a few minutes of rest by a dike. I sat down with my mates as I felt my boots were touching something, but I couldn’t see what. I looked for my small torch and made some light. It was a Jewish man. He was shot. Right in his head.”

He pauses, and I see how much I don’t know my grandfather.

“I remember clearly; that was the first moment I knew I wanted to be a priest.”

The other Jewish man also died.

“He was shot. Right there, on the street. They said: don’t feel sorry, he was Jewish.”

Somewhere between the words, I’ve learned that my priest grandfather knew about my Jewish man. He didn’t say anything.

I told him how my trip to Israel in 2011 changed my life. How I started to learn Hebrew and how I love being in Israel. I told him that nobody ever wanted to convert me yet. (Except that Hasidic Jew in Times Square. But I didn’t tell him this). That I, the gentile is treated with love and care by the Jewish people. That I, the Christian is going to Shabbat dinners.

I couldn’t read him. He listened but didn’t say anything.

But before could leave he said: ‘Next time bring your Jewish man with you. I’d love to meet him. They’re good people; the Jews.’

I said fine and put my sunglasses on before it’s too late. Before he would see that thirty years of pent-up tears are finding their way out.

This is the story I wanted to tell you. The story of my priest grandfather who became a priest because of the cruelty he saw against the Jewish people. The priest who smiled at every child but me. The priest who made me stop going to church and with that made me connected to Judaism.

And no, he has no idea about this latter one…