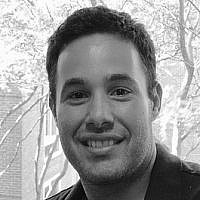 Sixty-seven years ago, in June 1948, when the State of Israel was only a month old, Prime Minister David Ben Gurion ordered to the recently formed Israel Defense Forces (IDF) to confiscate the weapons on the Altalena. The Altalena, a ship commanded by HaIrgun (IZL) -the paramilitary group led by Menachem Begin- sailed few days before from France to Tel Aviv full of new weapons and combatants. Ben Gurion had a strong stance on uniting all the paramilitary groups under the umbrella of the IDF, following a “one country one army” vision. Begin, however, was hoping the IZL could retain autonomy and legitimacy in the newly created state. The result was, to say the least, a horrendous and historical battle. The IDF confronted the ship and sixteen IZL members were killed, along with three IDF soldiers. Begin called his comrades to abstain from further fighting in order to avoid a civil war. The weapons were, indeed, confiscated by the IDF and this was the beginning of the end of the IZL as an independent militia.

This controversial act of statesmanship by Ben Gurion, historians argue, put an end to illegitimate militias within the newly formed Jewish state and, more importantly, set a new high standard for the rule of law in the recently created state.

PM Netanyahu should think of the Altalena when reflecting about the events that happened this week in Israel: two terrorist attacks by Jewish violent groups and individuals, which hurt and killed Israelis and Palestinians. First, in the already traditional and festive Jerusalem Pride Parade, an ultra-orthodox Jewish terrorist stabbed six parade participants, just a short time after being released from jail after serving ten years for committing the exact same crime. A day later, an extremist group of Jewish extremists set on fire the home of a Palestinian West Bank family who were not able to escape the place with their baby, who perished in the terrorist attack. These two acts are repulsive and add to the, sadly, long list of things that are wrong with today’s Israel. The same things that people who love Israel are trying to combat on every possible front.

The rising violence in Israeli Jewish right extremist groups is concerning. It is unreasonable to justify these attacks as isolated incidents as we would like to do. A year ago another violent group burned alive a Palestinian teen, and few months later, a bilingual Jewish-Arab school in Jerusalem was set on fire as well. The “Tag Mechir” campaign has been going on already for years. The government has expressed its condemnation for the acts, as it is reasonable to expect. But, Mr. Netanyahu, there is more you can do. This is the time for you to confront your own Altalena.

PM Netanyahu, you must bulldoze and destroy the houses of these Jewish terrorists and their families, as it has been your administration’s policy when Palestinian terrorists commit the same kind of crimes against Israelis. After all, you have declared “The State of Israel deals forcefully with terror, regardless of who the perpetrators are”, and President Rivlin stated hat Israel has not done enough to crack down on Jewish terrorists.

We want to see you taking sharp steps to put an end to this circus of right wing extremists, who are taking over the rule of law in our country. Additionally, what other better message can you send to the world than keeping up your same standards for terrorism regardless who the perpetuators are?

PM Netanyahu, it is your opportunity for your own Altalena heroic episode by tearing down the walls around these terrorists’ homes. It is time to react, with deeds and not words, to these attacks consistently with the highest possible level of condemnation. More importantly, it is time to act without double standards when it comes to the ethnicity, religion or nationality of the terrorist who live under your jurisprudence. Yes, it might hurt you among your political base, but this is the time to be brave and strong, as you often sell yourself, and act accordingly to your high standards against terrorism. Mr. Netanyahu, for the future of our country, tear down those walls.