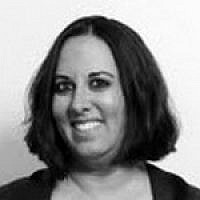 The Blogs
Dorit Sasson
Apply for a Blog
Advertisement
Please note that the posts on The Blogs are contributed by third parties. The opinions, facts and any media content in them are presented solely by the authors, and neither The Times of Israel nor its partners assume any responsibility for them. Please contact us in case of abuse. In case of abuse,
Report this post.

Even though we have been in the States for almost eight years now, it is still quite challenging for me to get used to the vastness of this country.

I look at the elephant size trunk of the SUV’s in the library parking lot and try to ascertain whether they are really as big inside as they appear outside. Probably.

In fact, I am still in culture shock.
The whole concept of driving up in a big SUV to drop off a DVD at the library “mailbox” seems foreign.

Or how about asking someone what is an SUV. What’s an SUV? Doesn’t Israel have them? Really, Dorit. I imagine it sounds like a airplane carrier? I want to shrink to half my size when I find out it’s a type of car. For heaven’s sake, how could I be so innately stupid? Really, Dorit.

On one of the Pittsburgh buses on the way to the children’s museum, there was an Indian man who told the bus driver where he wanted to go. The gentleman had a thick accent and kept repeating himself over and over again. I must admit — even I was challenged.

“Speak English,” the bus driver says. “Where do you want to go?”

More talk. The poor man who had this pleading look on his face, couldn’t open his mouth.

“I don’t understand what you are saying. Speak English,” the driver shouts.

It turned out that this gentleman got off a few stops before his intended one because he didn’t know how to say the “right words.” I know this because after he got off the bus, I saw his face contour into a series of grimaces. It was painful to see because I could empathize with the feeling of being an immigrant.

When you’re an immigrant to the States or a returning American (now expatriate to Israel like me), no matter what language you speak and what country you are from, everything is BIG, BIGGER than you. You try not to think you are still trying to find ways to compensate for what’s missing in your new American life. Try to acculturate. You speak English, but, obviously, it is not enough.

In the States, you feel big when you see things like SUV’s from a distance, not when they are up close.

This is the opposite of my experience living on a kibbutz where everything is within a 360 degree radius — doctor, supermarket, mail, baby and children’s houses, neighbors, dining room, old aged home, car mechanics, bike shop, orchards, gas station, horses, Thai restaurant, secretaries offices, dentist, massage and hair cutting parlor and plenty of other services.

Even conversations can be big and small. Short formal conversations that end in “have a nice day,” the American way versus a loud-mouth conversation by an almost a stranger who lives life on the edge like you do.

Why? Because that’s the Israeli mentality. They tell it to you like it is.

And that same Israeli has a long string of cultural topics” to choose from — from the price of oil, to the latest terrorist attack to the “Shimon” conversation — that is, if you know his cousin who once used to live on the Upper West Side.

It’s a beautiful thing to be able to translate big into small short and sweet nuggets of conversation. It makes small talk easier. It makes confrontations less intimidating. In five minutes you are already on the other side of the Atlantic Ocean without feeling like you’ve actually had to cross it.

The only time I needed to actually “leave” the kibbutz was to my teaching job at the nearby high school; I biked every day alongside the Jordan River. If I wanted to do some mega shopping, I’d go to the neighboring city of Kiryat Shmona.

Against the Hudson River of my hometown of New York City, the Jordan appears to be a small stream. It was the stream of a river that would carry me when I went kayaking or even dipping. It was the only long, and I guess you can say, “big” thing around.

Now there’s new rivers: The Ohio and the Allegheny — have both found their way home to my cultural lingo.

This superbly convenient lifestyle facilitated living so much so that I found any other kind of living incomparable. Perhaps that is why I am still overwhelmed when I see sometimes that green SUV.

Perhaps, I wish it could take me to the Jordan River. Now that, would be BIG.

About the Author
Dorit Sasson is the award-winning author of Accidental Soldier: A Memoir of Service and Sacrifice in the Israel Defense Forces and the forthcoming memoir Sand and Steel: The Spiritual Journey Home.
Related Topics
Related Posts
Comments