The Blogs
Henry Greenspan
Apply for a Blog
Please note that the posts on The Blogs are contributed by third parties. The opinions, facts and any media content in them are presented solely by the authors, and neither The Times of Israel nor its partners assume any responsibility for them. Please contact us in case of abuse. In case of abuse,
Report this post. 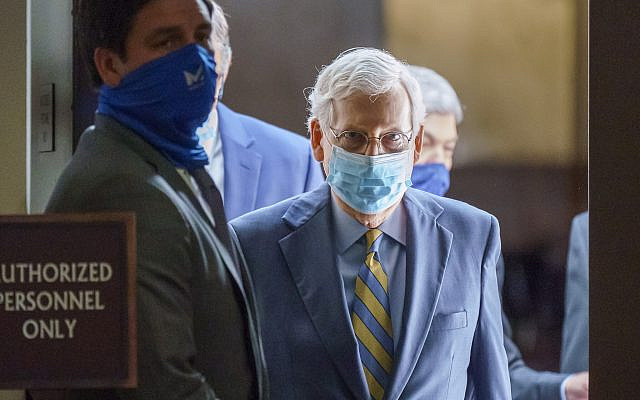 Four years ago, I published a piece on this blog the day before the 2016 election entitled, “Why Nations Destroy Themselves,” that predicted Trump’s win. It was not based on polling data or any other special information. It was based on my sense of the depth of rage and alienation in the US and the success — clear enough in the primaries — with which Trump was able to harness it. It was unlikely to be stopped.

Nine months later, in August 2017, I published a blog called, “A Season of Mayhem.” I predicted that Trump’s leaving office, however caused, would trigger a wave of domestic terror and violence that would take a very long time to end. Now, three years later, everyone is anticipating that violence. Stores are boarding up their windows, right radio is using every demonizing strategy to convince people that it is necessary and appropriate to “fight back” (preemptively if necessary), and, indeed, the mayhem has already begun. A majority of Americans do not anticipate a peaceful transfer of power — an almost surreal development in a country for which peaceful transfer has been so much of what distinguishes our history.

Rightfully, most blame Trump himself for egging on his supporters most prone to paranoia, delusion, and violence. Unabashed white supremacists, conspiracy mongers, and xenophobes of all stripes bask in his retweeting their hatefulness. One such group opposed to a mask mandate published a cartoon in a Kansas newspaper, captioned, “Put on your mask….and step into the cattle car.” In my own state, a group encouraged by Trump to “liberate Michigan,” was prepared to assassinate our Governor. Like earlier Nazis, these people have convinced themselves, or been convinced, that they themselves are being targeted for genocide. That justifies any “self-defensive” violence of their own.

Some remind us, also rightfully, that not-college-educated whites have, in significant ways, been failed by both parties. They have cause for grievance. And if they were prone to “deaths of despair” before Trump — with alcohol, drug overdose, and blowing their heads off — they now have the option of death by cult. Trump offers them the opportunity to die in redemptive “Greatness” and, above all, to die together rather than alone. Their signs read, “Jesus in my Savior. Trump is my President.” These neo-Crusaders are ready to take their place in a Trumpist martyrology.

Still, the group that is most responsible for the abyss into which America has been falling is neither Trump nor the “left behind.” It is, rather, the one group that has had real power to block the most pernicious, and genuinely deadly, Trump policies. That group is the Senate Republicans. And they have profoundly failed us.

To say the obvious, Republican Senators are the opposite of “left behind.” They have advanced degrees — usually in law, some in medicine — and epitomize the American ideal of “making it”: big hair, big bank accounts, big privilege of every imaginable kind. All are white except for Tim Scott of South Carolina. Eight are women; two by appointment rather than election (which seats they are likely to lose in actual elections). A few have broken with their parties when it did not matter — Romney on conviction following impeachment; Collins on delaying a Supreme Court appointment while elections were underway. None have been “profiles in courage.” Indeed, none have been profiles in patriotic decency. In practice, they have been self-aggrandizing hacks, grifters, and cowards.

It is certain, however, that they will do none of those things. For all practical purposes, the vast majority of elected and appointed Republicans — and most consequently the Senate Republicans — have absented themselves from American politics in any recognizable sense.

And so they will join those who stood by and did nothing when it profoundly mattered. Now, and in historical hindsight, they have richly earned our contempt.