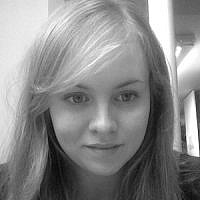 On Holocaust Memorial day, David Cameron announced a new memorial would be built by parliament. He said it would be “a permanent statement of our values as a nation”, something for “generations to come”. It was praised by the Chief Rabbi, Ephraim Mirvis, as a statement that would “send the strongest possible message… that the lessons of the Holocaust will forever form a part of our national consciousness”.

Obviously this is a good idea, and the sentiment is entirely well placed, but in the same month as a London university’s Israel society saw violent protest which was compared by Eric Pickles MP to “Kristallnacht”, two Jewish passengers on a bus to Golder’s Green had anti-Semitic slurs (to put it mildly) shouted at them, and swastikas were drawn on a tram seat in Manchester, one wonders if this statue would be money well spent.

Last February anti-Semitic attacks in the UK were already at their highest ever recorded level. Across Europe there has been talk of a ‘New Exodus’ of Jews emigrating to Israel on an unprecedented scale because Europe is, once again, no longer safe for them. Last year the Jewish Agency reported that 8,636 Jews had left Western Europe for Israel, a rise of 88% from 2013. In France, between 2013 and 2014, that figure was 115%! The same can be said for Italy, second only to France, Belgium and, no surprises here, the United Kingdom, which was almost on par with the Netherlands.

One article published by the Jewish Chronicle posited that ‘we are seeing the beginning of the end of Jewish history in Europe’. To put this into perspective, so that one can see just how this must be symptomatic of an extremely concerning shift in Europe, Jews are moving to a country which has recently seen an explosion in fatal stabbings and car ‘rammings’, to a country closer to Islamic state, because Europe, yes Europe, is no longer safe.

This article holds no pretence of being an in depth analysis of the stats. The reasons for the so-called ‘New Exodus’ are likely manifold. Undoubtedly the rising popularity of Marine le Pen and other far-right groups across Europe must play a part, though if I were a betting woman, I would say it has far more to do with the rising threat of Islamism in Europe. European leaders, the Left, and students across the continent are ready and raring to criticise any anti-Semitism they get a whiff of on the far-right — last July an anti-Semitic neo-Nazi rally set to take place in Golder’s Green on Shabbat, with the intent of burning the Israeli flag and copies of the Talmud was moved to Central London.

The counter-protesters were heard shouting “No to Nazis Here or Anywhere.” And yet, our government, those in Europe, and in the US have been unnervingly silent on the subject of Islamist anti-Semitism. Its well known that preachers with anti-Semitic views have even preached on our campuses— I have personally heard Haitham al-Haddad, a man who called Jews the descendants of “apes and pigs”, speak at Queen Mary University in London. Indeed, the leader of Her Majesty’s Opposition has shared a platform with such unsavoury people— after all, he described Hamas, whose Charter is replete with anti-Semitism, as “friends”. In short, this anti-Semitism is so overlooked it has become practically accepted. Is it really a surprise that Jews are leaving the UK and Europe on the whole?

My point is simply this: I would prefer to see the assured perpetual safety of Britain’s Jewish community as “a permanent statement of our values as a nation” so that “generations to come”, my grandchildren, and yours, will not be deprived of the British Jewry. And it runs deeper than that — the flight of Europe’s Jews should be seen as symptomatic of a serious broader problem in our society. If David Cameron is serious about “a permanent statement of our values as a nation” then he might like to consider setting out some plans and and money aside to avoid the possibility that a statue is all that we have left of Britain’s Jewry.