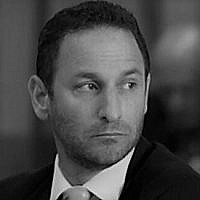 The Blogs
Lior Weintraub
Apply for a Blog
Please note that the posts on The Blogs are contributed by third parties. The opinions, facts and any media content in them are presented solely by the authors, and neither The Times of Israel nor its partners assume any responsibility for them. Please contact us in case of abuse. In case of abuse,
Report this post.

On November 2, 1917, a century ago, British foreign secretary Arthur James Balfour conveyed the following message in a public letter to Lord Walter Rothschild: “His Majesty’s Government view with favour the establishment in Palestine of a national home for the Jewish people.”

Signed by the League of Nations, the organization that would shape the postwar world, the Balfour Declaration, for all its ambiguity, marked the first major political triumph of Zionism and the beginning of Israel’s legitimation by other states.

Fast forward to end of October 2017- Senior Palestinian Authority and PLO leaders, including PA Foreign Minister Riyad al-Maliki, condemned British Prime Minister Theresa May’s statement that the UK would celebrate “with pride” its role in Israel’s creation and the November 2nd centenary of the Balfour Declaration. Senior PLO Executive Minister Ahmed Majdalani said that the PA is preparing to sue Britain over the Declaration.

Let’s be clear: the quintessential reason why the Palestinians find themselves in a miserable situation is not because of the Balfour Declaration. To the contrary, it is because they rejected it and every subsequent agreement that would have accorded them a state – alongside that of the Jews. The Palestinian leadership refused the British offer of a two-state solution in 1937. They rejected the U.N. partition plan of 1947. They failed to deliver their end of the bargain during President Clinton’s peace initiative in 2000 and, again, in 2007 during the Annapolis Conference initiated by the George W. Bush administration.

So, just as we are marking 100 years since the Balfour Declaration this week, so can we mark 100 years of the Palestinians’ rejectionist approach.

Israel has always demanded that the Palestinians recognize Israel as the homeland of the Jewish People and stop calls for its destruction. For many Israelis, accepting this symbolic request was a no brainer, a small gesture to ease the daunting security concerns given our partner’s poor track record and continuous support of terror. For many Israelis and Jews, the Palestinian refusal to do so is a glaring warning sign.

By declaring the Balfour Declaration and its provisions illegitimate, the Palestinians give their denial of Jewish rights to Israel a legal patina and a pretext for rejecting compromise with Israel.

Palestinian rejectionism will not impact the lives of over 8 million Israelis living in the only democracy in the Middle East. Israelis keep on being determined and creative, establishing global start-up companies, bettering the lives of millions across the globe. Palestinian denial of Jewish rights will not hinder Israelis in providing worldwide solutions in fields of alternative energy, water management and agro-tech. It also won’t weaken Israel’s ability or resolve to defend itself, by itself, against any kind of threat – nor will it damage the unbreakable alliance between Israel and the United States.

The Palestinian rejectionist approach only serves as yet another sign for the vast majority of Israelis who want the peace process to succeed that the other side still doesn’t have the will or ability to live in peace on a basis of recognition and mutual respect. It is such approach that provides the history fans among us the needed context to view the situation nowadays.

While, back in 1917, Jewish leader Chaim Weitzman did not have a mandate from the Zionist movement to get Balfour to issue the famous declaration, he did not sit idly by. He went on to take the initiative and understood that diplomacy often demands uncomfortable compromises.

The Balfour Declaration didn’t give the Jews their own state. But they took what they got and made the most of it. That is what Israel is all about. And unfortunately, the opposite is true for our Palestinian neighbors, whose worst enemies are not Israel, but their own leaders.

Lior Weintraub is Vice President of The Israel Project, a lecturer on Diplomacy and Communications at the IDC and former Chief of Staff at the Israeli Embassy in Washington.

About the Author
Lior Weintraub is Vice President of The Israel Project, a lecturer on Diplomacy and Communications at the IDC and the former Chief of Staff at the Israeli Embassy in Washington.
Related Topics
Related Posts
Comments
Advertisement