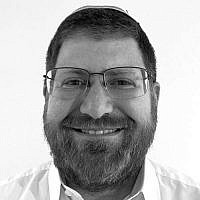 “War of the Narrative”

There is a war raging in Israel. However, this war is not being fought with arms. Its result may have much longer-term consequences than the outcome of the current military battle between Israel and Gaza. The war I am referring to is about the narrative of current events in Israel. I call it the “war of the narrative” and it revolves around the terrible violence plaguing Israel’s mixed Arab Muslim and Jewish cities.

In this article, I try to remain neutral.

I want to share with you about Israel’s internal “war of the narrative” and try to do so without taking sides. At the end of this piece, I ask you for your view. I also want to share with you about one of the parties in greater detail and share some personal information about him. I believe I can highlight him and still not take sides. I hope that the added information about him will be interesting whether you agree with his side or not.

The parties to this war are the Israeli media. Almost of all Israel’s mainstream media are on one side and blasting an opposing view represented best by one Israeli journalist, Amit Segal.

Who is Amit Segal?

Amit Segal is 37 and he is the chief political correspondent and commentator for Channel 12 News, Israel’s most popular and influential news outlet. He also writes for Yediot Achronot, the country’s best selling newspaper. Recently Amit started working on his PhD at Hebrew University. He also is the son of Hagai Segal, who according to Wikipedia, is an Israeli author, journalist, and convicted terrorist. In 1980, when Hagai was 20 years old and a member of a terrorist organization called the Jewish Underground, he planted a bomb that blew off the leg of a Palestinian mayor and served 2 years in prison. Today, Hagai is editor at the right of center Makor Rishon newspaper.

What’s the fight about?

Amit is under attack because he contradicted the mainstream media who say, that especially in the mixed cities of Ako, Ramle and Lod (which I proudly call my home), there is an equivalence in the cycle of violence between Israeli Jews and Muslims. Israeli media make sure to point out that both parties are equally responsible for the violence. In the conflict, Jews are a mirror image of Arabs and as such no party should be held morally responsible, no one side is right and no one side is wrong as both are equally involved in the violence. We are in a tit for tat cycle. The mainstream media narrative is clear, there is a symmetry between the two groups.

What does Amit say?

Amit, bucking this mainstream wisdom, said something radically different. He said that Arab Israelis started the violence and that Jews are defending themselves against the Arabs. He said there is no symmetry. He unequivocally holds Arab Israelis responsible for initiating attacks trying to kill Jews, burning synagogues and fomenting the intercommunity violence between Israeli Arab Muslim and Israel Jews currently plaguing Israel. His view is that, if the Arabs would stop their violence, the intolerable situation that Israel is currently in would come to a screeching halt and that we would immediately have quiet.

Surely there is symmetry if Jews also attack Arabs?

The mainstream media point to the horrific lynching of an Israeli Arab that happened in Bat Yam to highlight the case for symmetry. Israeli Jews attacked an Arab Israeli just like Arab Israelis attack Jews. Amit forcefully denounced the lynching in Bat Yam. He clearly stated that all of the perpetrators should be jailed and if the police can’t find who committed the crimes, then the Shabak (Israel’s domestic security agency) should be called into investigate to help capture the violent thugs responsible for the attack. What about symmetry? Amit calls the Bat Yam lynching an isolated event and even if God forbid there is another one, these acts do not reflect the values of Jewish Israelis. Indeed, all Jewish politicians and leaders have condemned the heinous attack. Amit asks why all the Arab Israeli leaders have not similarly condemned attacks against Jews and synagogues? His answer is, because there is no symmetry.

Is Amit right? Is the mainstream media right? Who will influence the average Israeli? Do you agree with Amit’s narrative that there is a responsible party to the violence and no symmetry? Do you disagree with him and believe we are in a cycle of violence and that there is a symmetry and that both sides are equally to blame? Is it one view or the other or is there a middle ground? What do you think? Is there a difference if you live in Israel or if you live elsewhere? Arab Israeli citizens make up about 20% of Israel’s population. Israeli Jews and Israeli Arabs have to find a way to live peacefully together. Whether you agree or disagree with Amit, make no mistake about it, this fight over the narrative is a battle over Israel’s soul.

Connection to the patriarch Jacob.

May this “war of the narrative” cause us to merit that we come out of the conflict like our patriarch Jacob after his struggle. Jacob fought and wrestled and emerged stronger. His name as a result of his victory was changed to Israel. Israel is also our name, may we too emerge victorious from this struggle.  Am Israel Chai!

About the Author
Mordechai Cohen loves teaching, loves to see people excited by their Jewish heritage and loves to see people fall in love with Israel. He is married to a sabra and they have 4 wonderful children. Mordechai lived in southern California, Toronto and now Lod, Israel. He has served as teacher and administrator in a variety of Jewish educational settings; currently he is proud to be an educator at Jewish National Fund's Alexander Muss High School in Israel and a member of the Forum of Interfaith Leaders – a joint program of the Ministry of Interior’s Division of Non-Jewish Affairs and Beit Morasha. Please note - any views expressed are Mordechai's and Mordechai's alone and Mordechai might change his views at any time. The views he expressed do not represent anybody else's views, unless of course they do.
Related Topics
Related Posts
Comments