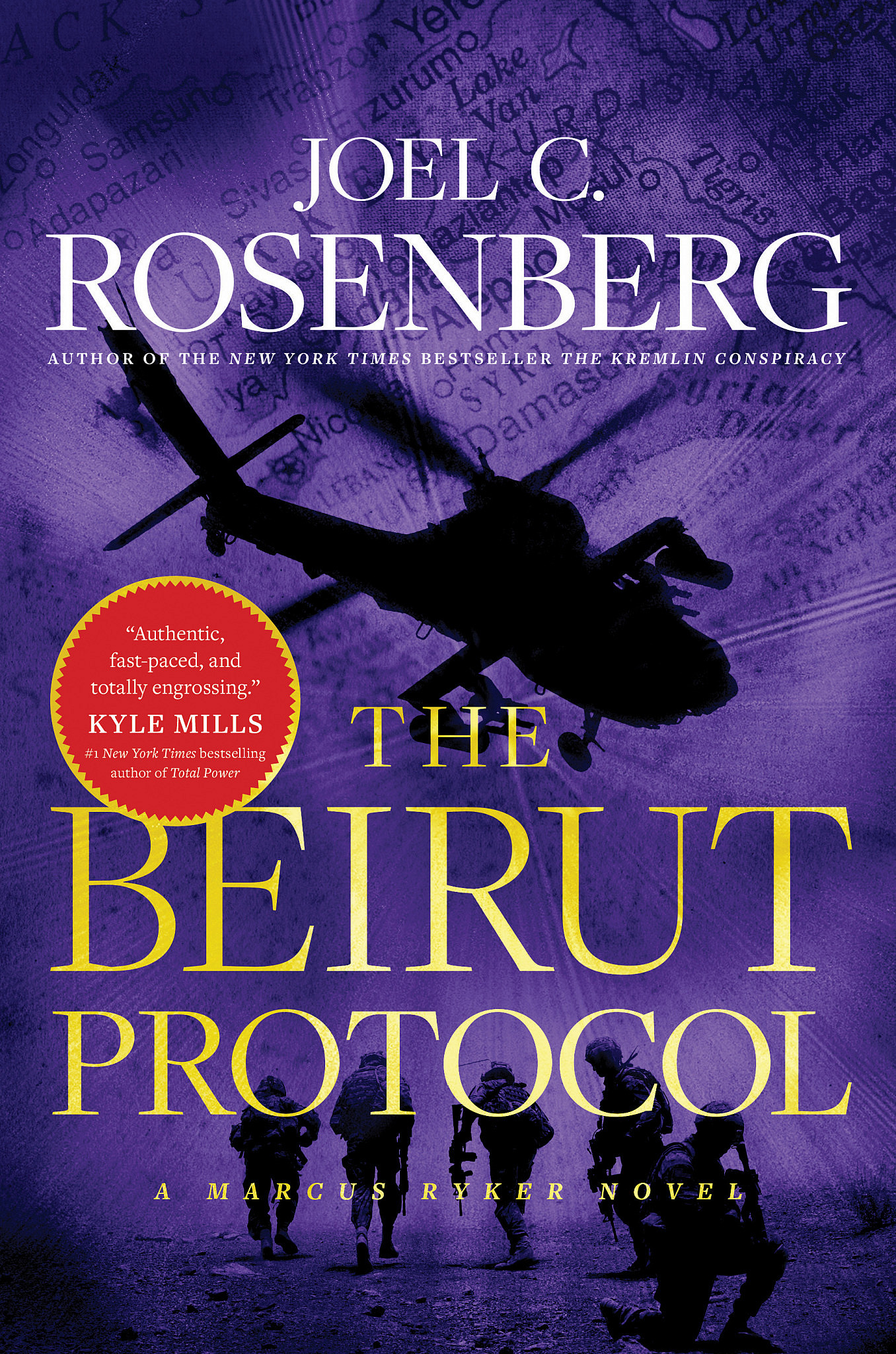 In his latest book, author Joel C. Rosenberg has invaded the mind of terrorists from Beirut to Tehran! He swipes their thinking, their motives, their emotions, and their actions from the first chapter to the last pulling readers into his newest political thriller The Beirut Protocol.

The author, a dual U.S.-Israeli citizen, already has sixteen novels and five non-fiction books to his credit with five million copies in print. He once again creates his proof of concept in his highly successful thriller genre. He doesn’t rely on profanity or sexual content, but make no mistake. It’s high-octane story-telling.

The Markus Ryker series, now in a fourth book, takes a startling unintended detour. A former elite Secret Service agent, decorated Marine, and covert CIA operative, Ryker has shown his ability to get out of desperate circumstances in The Kremlin Conspiracy, The Persian Gamble, and The Jerusalem Assassin. In The Beirut Protocol though, which can be read as a stand-alone book, he finds himself in an unforeseen, shocking event.

What began as a routine assignment in advance of the US Secretary of State’s visit to the Israel/Lebanon border, it was anything but routine. Ryker and his 2-person team are taken hostage on one of the “hottest” borders in the world, a border where a word can ignite a war. In the opening pages of the book, the definition of “the Beirut protocol” begins to unravel a catastrophe in the region. A unit of Hezbollah, Iran’s most dangerous proxy, hit the terror jackpot taking Ryker and his two-person team as hostages. Readers get to know the unit’s Commander, Amin al-Masri, as if standing in the same vacant, abandoned rooms; that is, except for a few chairs, heavy chains, and weapons at the ready.

When Rosenberg applies the same intense probe into Markus Ryker’s persona, we know he’s the obvious opposite of al-Masri but not completely. They are both daunting, experienced, and devoted to their causes. But that’s where it ends. Ryker is a brilliant strategist but as a hostage he confronts a reality that simply seems doomed.

While he thrives on the adrenaline of finding and delivering terrorists to justice, his devotion to protecting people desperately goes on steroids. His 2-person team includes Yigal Mizrachi, a brilliant young IDF intelligence officer (and family member of the Israeli Prime Minister) and his colleague and friend, Special Agent Kailea Curtis. Marcus Ryker is a man of integrity, yet wrestles with the ethics of what he does and with the grief he carries as a widower. His second highest goal is to protect others, his country, and Israel; his highest loyalty though is to his Savior.

Joel comments, “I want to have a faith element in my books. Although I write thrillers not sermons, it’s important to me.” Not many thriller writers include the faith element and Rosenberg deftly includes three faiths which are threaded into the story line including Judaism, Christianity, and Islam. Each is revealing. One of the most intriguing paragraphs is the description of the death of Iran’s leading Imam, a Shia Muslim, Grand Ayatollah Hossein Ansari. His last moments are vividly reflected in his face.

“To misunderstand the nature and threat of evil is to risk being blindsided by it.”
Author Joel Rosenberg 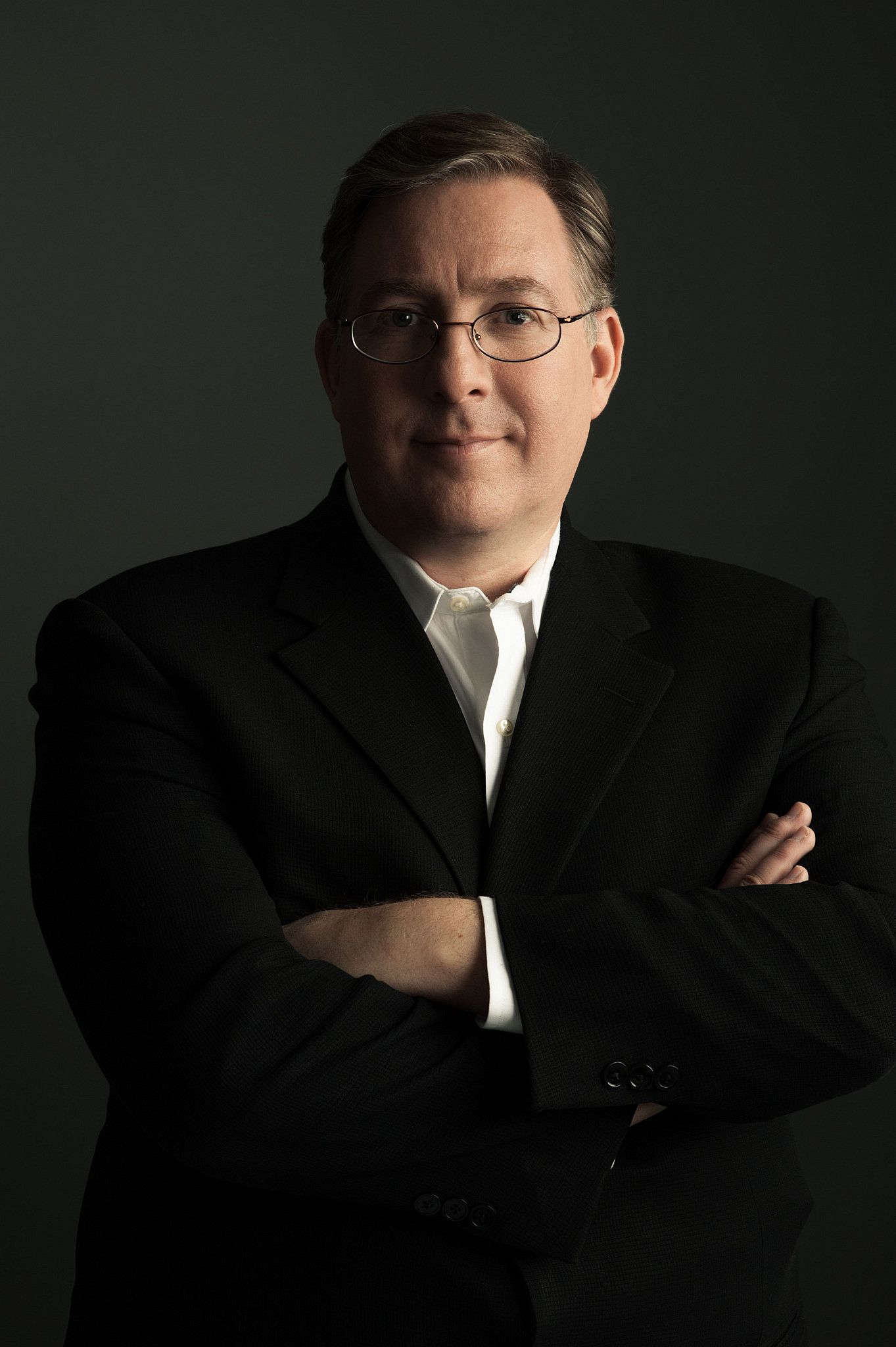 The novel’s story line is well constructed. It stands as a literary edifice with chapters differently decorated on each floor but smooth transitions all the same. All the characters step into the story, each expertly introduced with riveting twists and turns. And there are many. Rosenberg helpfully includes a list of the entire cast of characters before the first chapter opens. The list includes Americans, Israelis, Saudis, Turks, Hezbollah, and a mysterious new terror group. It’s as if Rosenberg has a front row seat into the minds of all the characters, their clothing, and their settings whether a palace or a battlefield. The suspense drives readers into the paradox of either wanting to rush ahead to see what happens next or to anticipate and savor the pages for another day.

Writing political thrillers from his home in Jerusalem is the perfect location for the author. Rosenberg, his wife, and four sons made Aliyah to Israel from the United States in 2014 during Operation Cast Lead. Living in Washington D.C. for twenty years as a political consultant, the author laughs saying he was a “failed political consultant.” He finally went into what he calls “political detox” when he discovered his niche in writing highly successful thrillers. Nevertheless, he’s even more broadly immersed himself in Israeli politics, middle east wars, and how leaders make decisions. Joel combines his vigorous imagination and extensive knowledge of the region with the constant threats that surround Israelis.

Creating his fictional universe, Rosenberg comments about his writing process with a smile, yet sincere, “I wake up in sheer terror every morning asking myself, ‘What will I write today? When I write I must enjoy it myself, hoping that others will too.’” He strives for chilling yet plausible plots. Although immersed in heavy research, he’s derived part of his excellent knowledge base from organizing a few small groups of pro-Israel evangelical leaders to meet with Arab leaders; among them, Saudi Arabia’s Crown Prince Mohammed bin Salman, and Crown Prince Sheikh Mohammed bin Zayed of Abu Dhabi.

Noting that readers want entertainment, Joel observes, “If I don’t thrill you with stories, I don’t deserve you to buy my books.” He also makes sure to add a robust underlying element of education into his books. And once again, he has achieved his goals!