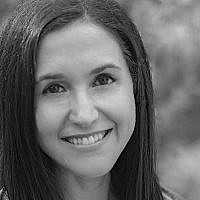 The Blogs
Sara Himeles
Apply for a Blog
Please note that the posts on The Blogs are contributed by third parties. The opinions, facts and any media content in them are presented solely by the authors, and neither The Times of Israel nor its partners assume any responsibility for them. Please contact us in case of abuse. In case of abuse,
Report this post. 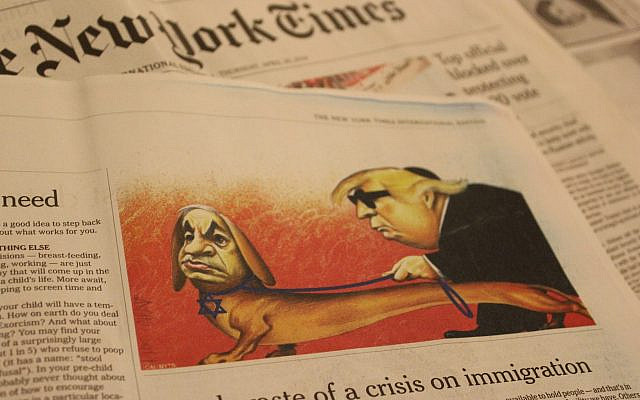 Two newly proposed definitions of antisemitism have prompted a debate in the Jewish world. Last month, different groups of academics offered the Nexus Document and the Jerusalem Declaration on Antisemitism (JDA) as alternatives to the 2016 International Holocaust Remembrance Alliance (IHRA) working definition already being used globally in efforts to monitor antisemitism. Which definition will best help us recognize and respond to today’s complex antisemitism?

The IHRA definition, and its accompanying examples, asserts that “denying the Jewish people their right to self-determination” could, when “taking into account the overall context,” be antisemitic. By contrast, the JDA states that opposing Zionism is “on the face of it, not antisemitic.”

Similarly, while the IHRA definition clarifies that “applying double standards by requiring of [the state of Israel] a behavior not expected or demanded of any other democratic nation” is antisemitic, the Nexus definition claims that “paying disproportionate attention to Israel and treating Israel differently than other countries is not prima facie proof of antisemitism.”

Defining antisemitism – which has been rising both in the US and globally in recent years – is critical to empowering people to properly recognize it and be able to address it. Somewhat surprisingly, this endeavor has been more complex than one might think, since the phenomenon has taken so many different forms throughout history. For example, while the JDA simply defines antisemitism as discrimination or hostility against “Jews as Jews,” prompting a judgment about whether a given expression is or is not antisemitic “on the face of it,” the IHRA definition takes a more comprehensive approach, focusing attention on the reality that anti-Jewish hate frequently is found beneath the surface, concealed behind the guise of rational appearances.

Deborah Lipstadt, the Professor of Modern Jewish History and Holocaust Studies at Emory University who is under consideration to be the next Ambassador to Monitor and Combat Anti-Semitism, illustrated how this kind of antisemitism works in her 2017 TED Talk about the nature of Holocaust denial. In her research on the subject, Lipstadt found that some Holocaust deniers paraded as respectful academics, calling themselves “revisionist” historians. But beneath the surface, they harbored the same adulation of Hitler and the same antisemitic and racist beliefs as neo-Nazis.

Lipstadt concluded that “deniers are neo-Nazis without garb,” and offered the following takeaway: “We cannot be beguiled by rational appearances. We’ve got to look underneath, and we will find there the extremism.”

Transferring Lipstadt’s ideas to the present context, for a definition of antisemitism to be accurate and useful in real life, should prompt us to “look underneath” in determining whether or not Jew-hatred is present. Promoting the understanding that the locus of antisemitism often is found beneath the surface is particularly important to our efforts to address the “new antisemitism,” in which anti-Zionist speech and actions often belie classic antisemitic beliefs.

The point is illustrated by the example of the United Nations’ obsession with condemning Israel. In 2017, CNN host Jake Tapper explained the problem: “The United Nations General Assembly, from 2012 through 2015, has adopted 97 resolutions specifically criticizing an individual country, and of those 97, 83 of them have focused on Israel… You have to ask, is Israel truly deserving of 86% of the world’s condemnation? Or possibly is something else afoot at the United Nations?”

We can debate whether the United Nations’ anti-Israel resolutions are “on the face of it” antisemitic, but that discussion is secondary to whether they are actually expressions of antisemitism, because we need to look below the surface. The IHRA definition draws attention to that reality: it would assess the UN’s behavior as applying double standards to Israel, taking into account the overall context of its excessive focus on Israel.

Anti-Zionism often indicates antisemitism, but this is not always the case. For example, Satmar Hasidic Jews stand against Zionism on theological grounds, but would not be considered antisemitic. Similarly, people who are opposed to states and borders in general, as long as they express that opposition elsewhere, would be anti-nationalist, not antisemitic. The IHRA definition itself specifically supports this position, stating that “criticism of Israel similar to that leveled against any other country cannot be regarded as antisemitic.” (Having said that, responding to anti-nationalist beliefs, Ari Hoffman of The Forward argued, “If we are to abolish all states based on particular ethnic, religious, or national traditions, I don’t think the Jews should be required to volunteer to go first.”)

It is no coincidence that the IHRA definition has been adopted so widely across the globe. It has been embraced by more than 30 countries, numerous international agencies, leading universities, multi-national corporations (including Daimler AG and Volkswagen), sports leagues, countless student governments, the administrations of President Biden and his two predecessors, and even the Global Imams Council (the international Muslim clerical assembly). This is because the IHRA definition is the gold standard for recognizing all of the different manifestations of today’s antisemitism, and that it wisely includes a broad spectrum of perspectives. Efforts to endorse other definitions undermine the consensus that has been building internationally around the IHRA definition over the past several years, leaving Jews more vulnerable to extremism found just beneath the surface. 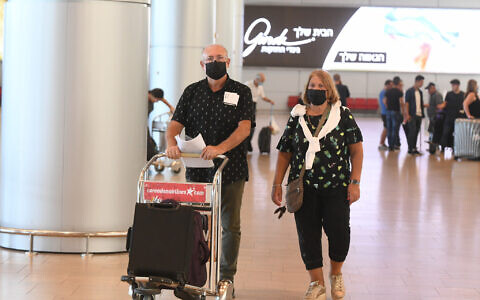 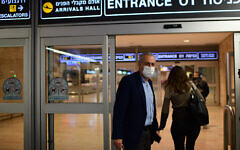