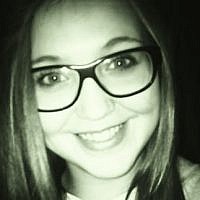 The Blogs
Amy Cowen
Apply for a Blog
Advertisement
Please note that the posts on The Blogs are contributed by third parties. The opinions, facts and any media content in them are presented solely by the authors, and neither The Times of Israel nor its partners assume any responsibility for them. Please contact us in case of abuse. In case of abuse,
Report this post.

Israelis who speak English fluently are usually positively singled-out within their schools or work environment. Due to the fact that most people in Israel don’t speak English well enough, they let people with better understanding of the language take control. They are the ones who do the talking for them, so foreigners may get the false impressions that Israeli are pretty good at learning English.

Israeli students are taking mandatory lessons in English from the 3rd grade on. If they want to get a high-school degree, they have to pass an English exam, and higher education institutes demand higher levels of English. Despite the attempts of the educational system to expose students to English from a very young age, Israeli people face serious obstacles when learning the languages.

Both English and Hebrew are alphabetic languages, and are read phonetically – by breaking words into constituent sounds. In comparison, Chinese and Japanese are logographic languages, in which words and phrases are being presented through logograms, which represent concepts instead of sounds.

Despite that similarity between the two languages, there are notable differences in the way the human brain processes Hebrew and English words. Researchers from Hadassah University provided scientific backup for something Israeli students already knew: it’s hard for them to process English words.

Tips: How Israeli Students Can Overcome the Challenges when Learning English

The good news about Israeli students is that they come from a very efficient educational system. In Israel, English is taught in all schools, so people usually have a decent foundation, although their skills are not perfect. For an adult learner who has never tried learning English before, things are a bit more complicated. Still, it’s not impossible to master the new language. Here are few of the methods that can help Israeli students master the foreign language:

The differences between the two languages are noticeable. However, the more challenging a goal is, the more the learners are committed to achieve it. With the proper approach and enough effort, Israelis can master English just like people from other countries do.

About the Author
Amy Cowen is a writer, private tutor and educator from Australia.
Related Topics
Related Posts
Comments