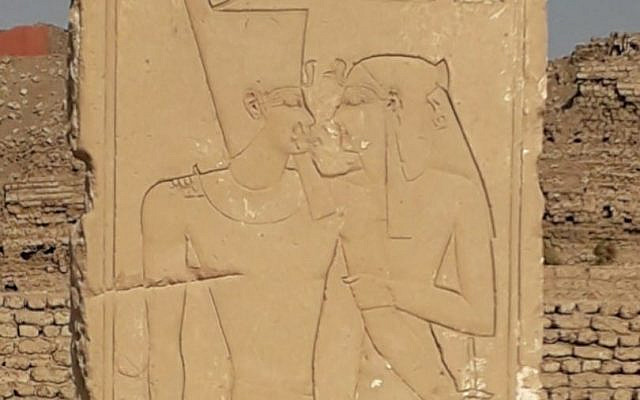 Have you ever seen a pharaoh do the tango?

This relief caught my eye as I was scouting out Luxor for my upcoming tour of Egypt, “In the Footsteps of the Exodus.” The pharaoh’s dance partner is none other than the Egyptian goddess Mut. In fact, all over Egypt you see images of the pharaoh staring at various gods, eye-level, face to face. The pharaoh is on equal footing with the god, because the pharaoh is beloved to the god, and divine powers are given over to him. 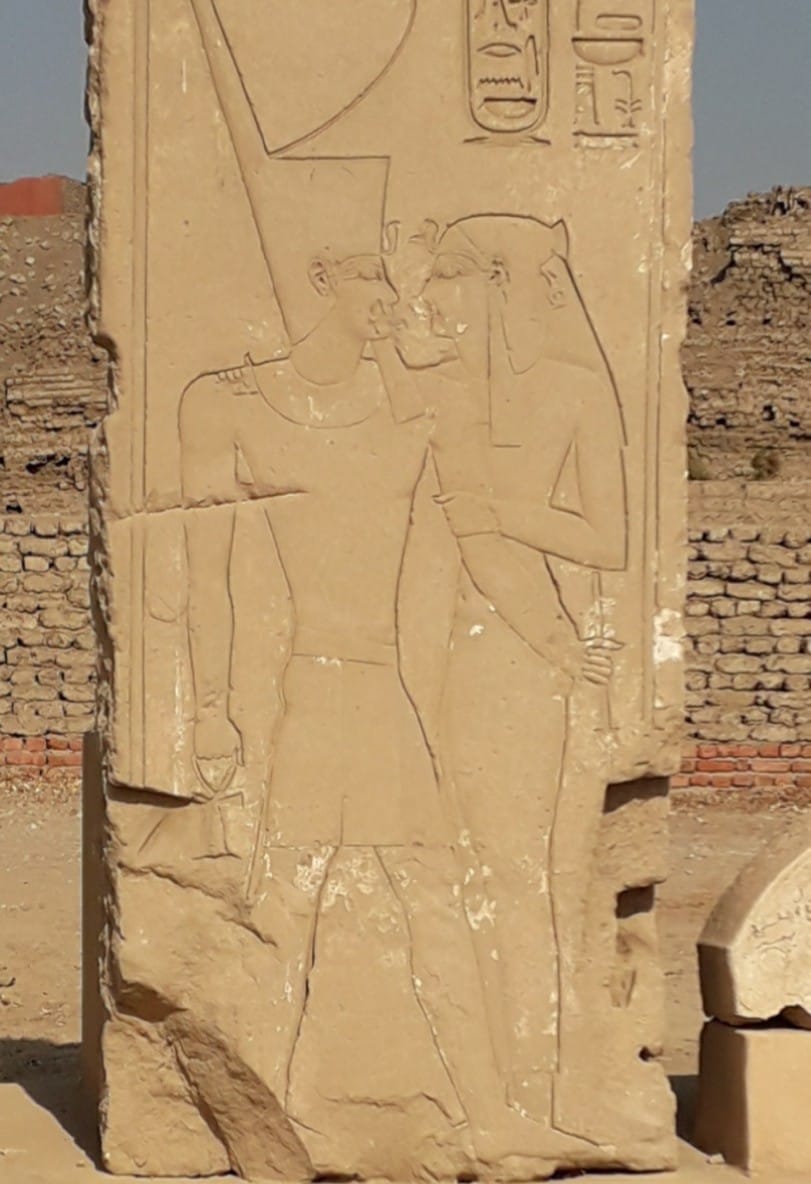 This ubiquitous Egyptian image sheds light on the way the Torah describes the revelation at Sinai in this week’s reading (Deut 5:4): “Face to face God spoke with you at the mount, from amid the fire.” Why would the Torah appropriate a pagan Egyptian image to describe God’s encounter with Israel? In Egypt, the gods communicated face to face with the kings alone. In the Torah, God communicates that way with the entire people. The people are elevated to the status of kings.

Although we normally think of the revelation at Sinai in religious terms, its political implications are no less dramatic. Truthfully, the attempt to treat things political as distinct from things religious is a thoroughly modern notion: in not a single culture in the ancient Near East is there a word for “religion” as distinct from “state.” It is in the five books of the Torah that we find the birthplace of egalitarian thought, where the common person is raised to the level of a king and kings are reduced to the level of the common person.

Archeological findings allow us to trace how the common person in Israel becomes transformed into a king. As scholars noted more than 50 years ago, the pact, or covenant between God and Israel displays many common elements with what are known as ancient Near Eastern vassal treaties between a great king and a weaker one. In these treaties, we typically find that the more powerful king acts on behalf of a weaker, neighboring king: sensing an opportunity to foster a loyal ally, he may send food during a famine, or soldiers to break a siege.

In return, the lesser king demonstrates his appreciation to the powerful one, by agreeing to a series of stipulations that express his gratitude and fealty. In these treaties the vassal king retains his autonomy and is treated like royalty when he visits the palace of the powerful king. Having been saved from Egypt by God, the Children of Israel sign on at Sinai to a vassal treaty as sign of fealty, becoming junior partners to the sovereign king, God. The common person, in short, received an upgrade from king’s servant to servant king.

But the Torah’s transformation of the king into a commoner is no less striking. The Torah was determined that the king should be but a shadow of what a king was elsewhere. First, we are witness in the Torah to the transition from the law of rule, to the rule of law. Elsewhere in the ancient world, the kings composed and promulgated law, but were above it, not subject to it (Deut 17:14-20). Before the thinkers of Athens came along, the Torah arrived at the notion of equality before the law. All public institutions in the Torah — the judiciary, the priesthood, the monarchy, the institution of prophecy — are subordinated to the law.

Elsewhere the king played a central role in the cult. In the Torah, he plays none. Elsewhere, the king aims to build a strong army. The Torah calls for him to have a limited treasury and to forego a cavalry, limitations that would leave him commanding only a small army. Elsewhere, the king would consolidate his power through a network of political marriages. The Torah forbids the king from taking a large number of wives. In the ancient world, kings were considered the sons of gods, but in the Torah we are all sons of God (Deut 11:11). In fact, the only thing a king is told to do proactively is to study the law, fear God and perform the commandments — just like everyone else.

The Torah’s central accounts — the Exodus and the Revelation at Sinai — pre-empt claims of election and immanent hierarchy within the Israelite nation. The Exodus story effectively meant that no member of the Children of Israel could lay claim to elevated status. All emanate from the Exodus — a common, seminal, liberating, but, most importantly, equalizing event.

Understanding the Torah in ancient Near Eastern context may seem like an academic approach to Scripture and foreign to the tradition. But the fact is that it is an approach that was pioneered by none other than Maimonides, who used the Torah’s ancient context to show how the Torah took ancient norms and tweaked them to conform to the Torah’s theology.

And that is just what we see in how the Torah treats human kingship. These lessons remind us that our leaders have a job to do; a calling to fulfill. We invest them with the power to fulfill those tasks. But at root, the leader is a common citizen, just like the rest of us, for all of us, stood at Sinai and met with the Almighty like Egyptian kings, “face to face.”

Portions of this essay are adapted from the author’s Ani Maamin: Biblical Criticism, Historical Truth and the Thirteen Principles of Faith (Maggid, 2020).

About the Author
Joshua Berman is a professor of Bible at Bar-Ilan University and is the author most recently of Ani Maamin: Biblical Criticism, Historical Truth and the Thirteen Principles of Faith (Maggid).
Related Topics
Related Posts
Comments
Advertisement