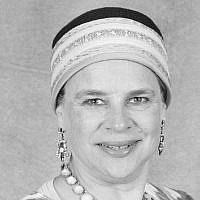 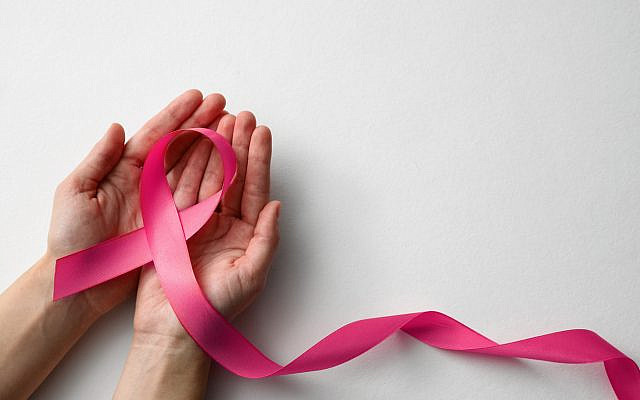 “Has anything changed in your medical history in the last year?” asked the gynecologist during a routine visit in 2018.

“My sister was diagnosed with stage 0 breast cancer.”

The doctor looked up sharply. “Have any other women in your family had breast cancer?”

“My other sister had a ductal in-situ carcinoma, but the breast was removed and she’s fine. My mother had a lumpectomy in her early 80s, but that was probably due to the hormone-replacement therapy. She’s clean too.”

“You need to get a BRCA screening. Your daughter may need one too.”

BRCA stands for breast cancer genes; they are found more frequently in Ashkenazi women than in the general population, and if you are BRCA-positive, there is a greatly increased risk of not only breast cancer, but also other cancers related to women’s internal organs, such as ovaries. The types of cancers associated with BRCA genes are also typically the more aggressive ones; this is not a diagnosis to trifle with. I know a few women who had prophylactic mastectomies and hysterectomies after being diagnosed as BRCA-positive. My mother’s and older sister’s brushes with cancer never stirred my doctor’s alarm before. Three first-order relatives, however, seemed to be the magic number for genetic screening. If I were indeed BRCA-positive, then there would be major implications for me and my family, and life-altering decisions to be made.

Did I really want to know?

This week’s parashah begins with the words “vayechi Ya’akov b’eretz Mitzrayim”—”and Jacob lived in the Land of Egypt.” In his first comment on the parashah, Rashi, citing the midrash in Bereishit Rabbah, focuses on the fact that this parashah is completely “setumah” — closed. Under normal circumstances, the space in a Torah scroll between the end of one parashah and the next is “petuchah” — open, with no text, to the end of the line. In a few cases, there is a setumah break — a space of at least nine letters. Parashat VaYechi, however, begins immediately after Vayigash ends, with only a one-letter space between them, no more than what is normally found between any two verses.

What is it about Vayechi that makes it the exception? The midrash answers that Jacob wanted to reveal the End of Days to his sons before he died, but this information was closed off from him. God closed off Jacob’s eschatological vision; the “closed” beginning of the parashah represents this.

God decided that it was better for Jacob’s children, and by extension, for all of us, not to know.

This midrash is often taught in a minor key: poor Jacob and poor us. Jacob knew things, critically important things, but he was denied the ability to share those things. The things that Jacob knew could have helped us, guided us, given us more hope during a long exile or horrific oppressions. If we only knew what blessings awaited us in the future, we could retain our faith and steadfastness along the way. Perhaps if we only knew what horrors awaited us, we wouldn’t have strayed so far from the path that God laid out for us. Perhaps we would have heeded the warnings of the prophets and been kinder to one another, more honest in business and justice, more committed to truly serving God and living up to being created in His image. Maybe we could have cut out the cancers of greed, cruelty, arrogance, hypocrisy, and self-righteousness. Furthermore, isn’t not-knowing tortuous in and of itself, as Jacob knew better than anyone? For 22 years, Jacob wondered about Joseph; he never stopped grieving because he did not have closure. He did not know with complete certainty that Joseph was dead, and this tortured him so profoundly that he was never able to experience real, complete joy again, even when they were reunited. How tragic, how horrible, not-knowing is!

That said, what if Jacob had been allowed to reveal “the end”? What would happen if we knew that not one, but two Temples would burn before our eyes? If we knew about exile, dislocation and expulsion, inquisitions, massacres, and pogroms? If you knew that you would develop a fatal disease like ALS or incurable cancer, or that you would be stricken with Alzheimer’s disease, would you want to know?

After the doctor ordered the genetic testing, I immediately began to think about the implications of knowing I was BRCA positive and the decisions it would entail. Sometimes, knowing is far more devastating than not knowing; knowing can imprison, rather than liberate.

The risk of knowing means possibly losing the two things most essential to being human: free choice and hope. Free choice is the essence of being created b’tzelem Elokim — in the image of God. Cognition and choice are what make up conscience and the expectation of morality. If we have no choice, then God could not expect morality of us any more than He could of an animal. Choice also fuels creativity and facilitates resilience. Knowing everything — or thinking we do — not only can rob us of choice, but, even more dangerously, it can absolve us from upholding moral standards. And hope can literally sustain life. In Viktor Frankl’s Man’s Search for Meaning, written after his surviving concentration camps, he outlines how hope for the future is what enabled people to survive, both emotionally and even physically. When Jacob lost hope — when he thought Joseph was dead — he lost his connection to the Divine and he lost his vision. Hopelessness and prophecy are mutually exclusive.

I have come to read this midrash about God’s decision to allow Jacob to reveal some things, but not everything, as an act of divine kindness. Jacob told his children — and us — what they needed to know in order to make informed choices about how to live their future lives, rather than making irrevocable and immutable predictions. Just prior to his death, he revealed to his sons what he thought of them, what he perceived as their strengths and their weaknesses. They could do as they chose with these revelations. The descendants of Levi, for example, chose to redirect their zealousness and passion for the sake of God, while the descendants of Reuben never reclaimed their status as first-born. The descendants of Joseph eventually abused the power that was granted to them, which led to a schism in the Israelite kingdom that ultimately brought about its destruction.

The Talmud explains that the timing of Jacob’s speech was another kindness: whatever rebuke was included in his words, whatever discomfort was aroused in the brothers as they surrounded his deathbed, they did not have to face him thereafter. They could process his words on their own and decide what to do next, free to choose how to behave in the future.

When knowing leads to moral or productive action, when it generates constructive change, when it enriches the mind and nourishes the soul, it is an immeasurably powerful tool. Not-knowing can be just as powerful, however, when it engenders resilience and curiosity, creativity and hope.

I went through with the genetic screening. To me, the choice was clear: knowing could save my life. In late September, as I walked into my meeting with the genetic counselor, my heart was racing, my palms were clammy, and I felt cold all over.

In this case, knowing was the biggest blessing of all. I could move forward with the business of not-knowing — of living. The future was still unknown, but that too was a blessing, knowing, as I did, that I could hope for more chances and more choices.

About the Author
Leah Herzog is a life-long educator, writer, counselor and speaker. She holds Masters Degrees in Education Psychology and Educational Leadership. Leah is passionately committed to building relationships and meaningful living through Torah-writ-large. She made aliya with her husband in 2019, and is the unabashedly proud mother of two adult children. Leah and her husband, Rabbi Avi Herzog, reside in Givat Zev.
Related Topics
Related Posts
Leah Herzog