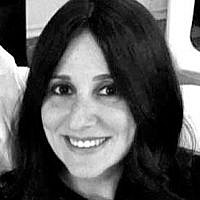 The Blogs
Chanie Goldman
Apply for a Blog
Please note that the posts on The Blogs are contributed by third parties. The opinions, facts and any media content in them are presented solely by the authors, and neither The Times of Israel nor its partners assume any responsibility for them. Please contact us in case of abuse. In case of abuse,
Report this post.

In the early 1960’s, Eli Wiesel visited the Lubavitcher Rebbe, and some of their conversation, he recounts in his books. During their lengthy discussion, Wiesel told the Rebbe that since his father was killed in Buchenwald he was not able to cry. “Rebbe,” he begged, “make me able to cry!” The Rebbe turned to him and shaking his head responded, “Tears are not enough. I will teach you how to sing.”

Today marks the Yahrtzeit of the Lubavitcher Rebbe of righteous memory, who dedicated his life to the ideal that no person is too small and no good deed is insignificant. Despite a lifetime of trials and tribulations, from brutal communist Russia, which killed his father and many fellow Chassidim for the “crime” of teaching Torah, to Nazism, which chased him and his wife from country to country, and killed his brother and other family members, the Rebbe never ceased to see the song and light in the world, and the potential for goodness and kindness in humanity.

In 1950, when the Rebbe assumed the leadership of the Chabad movement, he came face to face with a Jewish world broken and in despair. Yet, in spite of this, the Rebbe’s first Chassidic talk, based on the teachings of the previous Rebbe, his father-in-law, delved into the concept that the world is a beautiful garden full of potential growth. He always saw the roses in the foreground, and though acknowledging that thorns exist, constantly relegated them to the shadows. The Rebbe saw pain and suffering, but empowered us to accept the challenges we are given and to use them as a stepping stone to become the strongest, most successful version of ourself. He emphasized light over darkness and warmth over cold and believed in every person and in their ability to make a difference.

When the Rebbe looked at a human being, no matter how hurt or broken, he only ever saw the blinding light of the soul. The Rebbe’s view of all humanity and his positive attitude towards all people was way ahead of his times.  In the 1960’s, long before it became popular, the Rebbe insisted that handicapped children be referred to as “special children” because their disabilities make room for extraordinary souls and unique abilities. When a group of wounded IDF veterans came to visit the Rebbe in his Shul, 770, he told them that they were special and gifted with remarkable strengths and powers, and insisted on calling them “exceptional Israeli soldiers.”

The modern concept of “pay it forward” campaigns, which have become popular platforms to make change across the globe, were introduced and encouraged by the Rebbe throughout his life. He constantly motivated and inspired people to not only do Mitzvas, but to strive to encourage others to do good deeds, as well. The Rebbe always led by example and epitomized these teachings. When he could no longer meet the demands of the countless individuals who wanted to meet him, the Rebbe began to hand out dollars and blessings on Sundays. His intention was that when two people come together, there must always be a benefit for a third, and thus when he gave someone a dollar, he expected that some of it should also be given to charity. He emphasized that the positive chain reaction of passing on an act of kindness has the ability to impact and transform the world.

The Rebbe saw potential in each child, way before positive reinforcement became popular in child psychology.  The Rebbe knew that children must be taught and raised with love and careful attentiveness. When a teacher asked the Rebbe for his opinion about strict discipline, he responded that just like a newly planted seedling starts out small and in its early stages of growth, is fragile and can easily be destroyed and damaged forever, so too a child. And he added – “always remember that.”  Before marriage therapists encouraged couples to spend time together and go on a date once a week, the Rebbe illustrated this in his own life and had tea with his Rebetzin every day, a time which he considered sacred.

The modern concept of “finding yourself” was one that the Rebbe always emphasized and he told people to acknowledge and get in touch with their essential self, a part of G-dliness within their soul. Finally, the Rebbe stressed an ideal that would be wise for all of us to heed and internalize, which is that the main thing is the deed. Studying is very important, spiritual ideals and goals are imperative, thought and meditation is essential, but it all only comes together in action. The Rebbe established the Ten Points of Lights Mivtzah campaign, which includes Mezuza, Kosher, Jewish education, Tefillin and lighting Shabbat candles to brighten the world, among others. Most importantly, the Rebbe’s entire life and every encouraged act of goodness and kindness was dedicated to bringing the world to a better more beautiful future, one that he dreamed of as a child, the coming of Moshiach, may it be today.

On the Yahrtzeit of a Tzaddik, it is not enough to marvel and praise his extraordinary life, his teachings, miracles performed and everything else that represents his greatness. It is imperative that we connect to and emulate the life of our Rebbe and Jewish leader who taught by example and gave us a roadmap that instructs us how we should live, spread light and change the world.

About the Author
Chanie Goldman lives with her husband and eight children in Gainesville, Fl. They co-direct the Tabacinic Lubavitch-Chabad Jewish Student Center at the University of Florida. Chanie is a teacher and mentor to thousands. She leads trips to Israel and writes articles for various Jewish publications and is a sought after inspirational speaker.
Related Topics
Related Posts
Comments