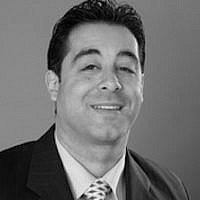 The Blogs
Claude Berrebi
Apply for a Blog
Please note that the posts on The Blogs are contributed by third parties. The opinions, facts and any media content in them are presented solely by the authors, and neither The Times of Israel nor its partners assume any responsibility for them. Please contact us in case of abuse. In case of abuse,
Report this post. 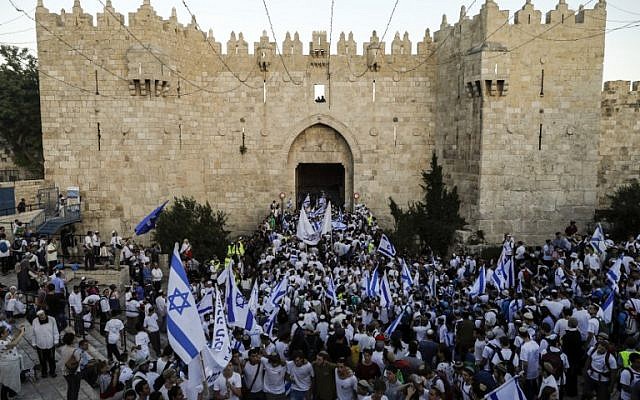 Israelis wave the Israeli flag as they parade through Damascus Gate in Jerusalem's Old City on May 24, 2017 to commemorate Jerusalem Day, marking the reunification of the city following the Six-Day War of 1967. (AFP PHOTO / Menahem KAHANA)

When you walk down the streets of Jerusalem today, it’s amazing to see how much the city has developed over the past 50 years. As an economist, I was naturally interested in checking how the city has advanced its job opportunities and labor force, since these are key indicators of its economic stability and potential for future economic growth.

What I found was heartening. For those who work in Jerusalem (whether they also live there or live elsewhere), the city is developing and fostering higher-level job opportunities and an increasingly skilled workforce.

So Jerusalem is attracting more highly educated workers, but for what types of jobs?

Just as in the rest of the world, Israel’s job market is likely to change significantly over the coming decades as technological developments allow computerization to replace manpower in many industries. As is shown in the research of Shavit Madhala-Brik from the Taub Center, nearly 40% of the work hours in the Israeli market are at high risk of being replaced by computers or machines in the coming two decades.

This isn’t necessarily a bad trend, as computerization will likely lead to more efficiency in existing industries and to the development of new industries we cannot begin to imagine. However, it is important to be aware of which jobs are more or less likely to be affected and to adequately prepare for the future labor market.

In Jerusalem, as well as in the rest of Israel, occupations such as tailors, construction workers, bookkeepers, and clerks fall into the high risk category, as well as a number of other occupations that are characterized by repetitive or technical work. However, professions requiring creativity, social intelligence, and proficiency in negotiation fall into the category of low-risk occupations.

The job market in Jerusalem has been moving towards jobs at low-risk of computerization and high-skilled workers and away from high-risk jobs and low-skilled workers. Israel overall has experienced the same shift, but the trend is even more pronounced in Jerusalem. This is a positive indicator of the direction of Jerusalem’s labor market in the future.

More low-risk jobs and highly educated workers in Jerusalem may very well be due to the city’s ability to attract big high-tech companies like Intel and Mobileye in recent years, as well as the presence of one of the leading universities in the country, research institutes, and other academic institutions. Jerusalem has some of the best hospitals in the country and is a hub for internationally recognized organizations. In addition, the city is home to the highest level of the country’s government institutions, whose workers tend to be highly educated.

Despite all of this progress, there’s more research to be done to complete the picture. The Taub Center is beginning to explore how education and employment trends differ between those who work in Jerusalem and those who live in Jerusalem. According to the preliminary findings, there is still much to be done to help the residents of Jerusalem directly benefit from the changing and improving work environment in the city.

We cannot predict what employment in Jerusalem will look like in another 50 years, but today the city should celebrate how far it has come and the positive steps it is taking to set itself up for the future.

Professor Claude Berrebi is the Director of Research and Labor Policy Program Chair at the Taub Center for Social Policy Studies in Israel and a Professor at the Hebrew University School of Public Policy.

About the Author
Professor Claude Berrebi is the Director of Research and Labor Policy Program Chair at the Taub Center for Social Policy Studies in Israel and a Professor at the Hebrew University School of Public Policy.
Related Topics
Related Posts
Comments