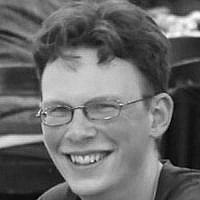 As a historian, one thing I hate is seeing the tendency to compare everything to Nazis. It is overdone on social media and too often in public debates.

However, some events demand that comparison. I feel the events that took place last week at the U.S. Capitol is one such time.

First, let’s be clear. I’m not going to compare Trump to Hitler (may his name be blotted out), nor do I believe the majority of his followers are neo-Nazis and antisemites.  With that said, as evidence of who took part in storming the capitol comes to light, and the public responds to it, I think some things must be said.

First of all, what evidence do we have of who stormed the capitol?

Many of the individuals who stormed the capitol were wearing a shirt bearing the telltale capital Q. Several of those who were killed have been identified to have been believers in the QAnon movement.

Ironically, this is not the first capitol QAnon followers have stormed.

In late August 2020, Berlin was the site of a massive protest. An estimated 38,000 people marched to protest COVID-19 restrictions. During the protest, a number of right-wing extremists waving the flags of the German Empire (which has been adopted as an anti-democratic, alt-right symbol since the Nazi flag is banned) charged towards the Bundestag, attempting to break in. They make it to the steps before the police were able to stop them.

Amidst the alt-right flags held by the mob attempting to storm the German capitol were signs and flags bearing the letter Q. One read “Please Mr. President, Make Germany Great Again.”

QAnon, a conspiracy theory that originated on the alt-right chat group 4chan has been a social phenomenon that has been tracked with growing concern as it has gained followers around the world. It is based on a belief that Donald Trump is single-handedly battling a secret cabal of satanic pedophiles in the highest echelons of the US government, in Hollywood, and among the business elite. QAnon is the Digital Age’s version of two antisemitic conspiracy theories. The blood libel that haunted Medieval Europe and has reappeared in anti-Israel Islamic regimes, accusing Jews of kidnapping and murdering children to drink their blood; and the Protocols of the Elders of Zion, which claim to reveal a Jewish plot to control the world. In addition to the typical Jewish targets for such theories such as George Soros and the Rothschilds, QAnon includes many world leaders who they claim have joined this dark shadow entity.

One of the most distinct figures in the capitol was the so-called “QAnon Shaman”, wearing a horned Viking helmet and shirtless, displaying a tattoo-covered body. Many of his tattoos reflect Norse and Germanic Paganism including a Valknut knot and Thor’s hammer, both symbols that have been adopted by neo-Nazis as well as Odinism, a White Supremacist remake of ancient pagan religion whose followers have carried out violent attacks on Jewish Americans in the past.

Some participants were less cryptic about their ideology. A bearded man seen in multiple pictures of the protest wore a black sweatshirt with a skull resembling the SS Totenkopf symbol and the words “Camp Auschwitz” and an English translation of the phrase that greeted Jewish victims to Nazi concentration camps “Arbeit Macht Frei”.  One person that documented his presence on Twitter noted the back of the shirt had a single word, “staff”.

Also present and live-streaming himself was Tim Gionet aka “Baked Alaska”, a Neo-Nazi activist who was scheduled to speech at the Charlottesville Unite the Right rally and marched with the torch carrying crowd who chanted “you will not replace us” and “hail victory”, the English translation of the Nazi greeting Sieg Heil.

Despite all of these deeply troubling examples that many neo-Nazis, white supremacists, and antisemites took part in occupying the Unite States Capitol, what I find most troubling is not their presence, but that of the many Trump Supporters who are not Nazis.

The reason why I find this so troubling goes back to the Unite the Right rally in 2017 in Charlottesville. In the aftermath of the shocking images of Nazis and the KKK marching in the streets of an American city, Trump was interviewed and condemned for saying “there were very fine people on both sides.” This quote was taken out of context by many to suggest he was saying there were good Nazis. In the same interview, he had said that he “condemned neo-Nazis…but not all those people were neo-Nazis.”  He did not call Nazis good people. But what his statement implied still deeply troubling to me.

Growing up in the South, where the Confederacy is glorified, I am familiar with the mindset that would lead to normal people (with a poor understanding of history) showing up to protest the removal of a statue to Robert E. Lee that they felt represented history and heritage. However, I could not relate to their choice to continue to protest when it meant doing so standing next to Nazis and Klansmen. Hearing Trump’s statement, I asked myself if it was possible for a misguided but well-meaning person to remain a “very fine person” at the moment that they chose to remain silent and accepting of the presence of Nazis.

It is a proven fact that inaction is easier than resistance. And passiveness often leads to participation. I learned this lesson the first time I visited Yad Vashem. My tour guide chose to not focus on the figures of pure evil, nor the victims and heroes who resisted. He focused instead on the passive bystander, the average church-going German, a family man who loved his country but did not join the Nazi party. Maybe one could even describe the average German as a “very fine person”.

However, thorough their silence, through their choice to remain passive and not resist the Nazis, they all became complicit in the crimes of the Nazi regime and many began down a moral slippery slope that even led some to the edges of mass graves where they bloodied their hands in some of the more horrific acts of mass murder in history. (Christopher Browning’s book “Ordinary Men” offers a chilling examination of this process).

Trump’s statement troubled me because it justifies passiveness towards Nazism. This is the very concept that I, as a historian of the Holocaust have dedicated my studies and a substantial part of my life to opposing.

One cannot remain a very fine person if you make common cause with Nazis.

Nazism is a moral evil that cannot be met with indifference or excuse!

That is what terrifies me about the events that I witnessed take place in the American capitol!  It’s not that Nazis, White Supremacists, and deraigned antisemitic QAnon conspiracy theorists invaded and desecrated a building that stands for freedom, democracy, and equality.

It’s that they were aided and abetted by thousands of other Trump supporters, good church-going Americans who love their country and by all accounts are “very fine people”.

Or at least they were…

In the days since January 6th, I have experienced a troubling tendency. Responding to my last article on the events at the capitol, Trump-supporting friends have offered the excuse that it was in fact Antifa that had instigated the violence, ransacked the capitol, and assaulted and killed police officers.

In the face of the overwhelming evidence of the groups and types of individuals involved, they make these claims that echo with the Nazi accusations over the burning of the Reichstag “it was the socialists”.

The reality is that the leader of the Proud Boys, Enrique Tarrio described exactly what his men would be doing on January 6th. On his social media and reported in multiple newspapers on January 3rd, he stated that the Proud Boys would not be dressed in their usual yellow and black shirts, but instead would dress all in black to mimic Antifa.  Anyone who blames Antifa is playing directly into the hands of the Proud Boys plan.

And let’s be clear who you are defending. A few weeks ago, the Proud Boys were in attendance at another rally protesting the result of the elections. That time, they were dressed in their distinctive yellow and black shirts. This picture was posted to Twitter focused on one who wore a shirt that said “6MWE”, an acronym that means “six million weren’t enough.” 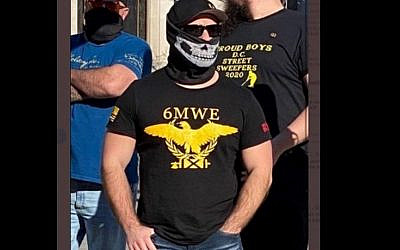 To all my Trump-supporting friends, let that sink in. We say things like Never Again. But dark forces are stirring in America and I fear those who will not learn a lesson from history may find it is impossible to remain “a very fine person” when rubbing shoulders with such evil.