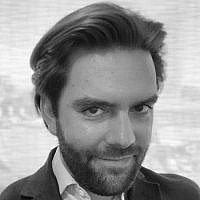 The Blogs
Gonzalo Cervera
Apply for a Blog
Please note that the posts on The Blogs are contributed by third parties. The opinions, facts and any media content in them are presented solely by the authors, and neither The Times of Israel nor its partners assume any responsibility for them. Please contact us in case of abuse. In case of abuse,
Report this post. 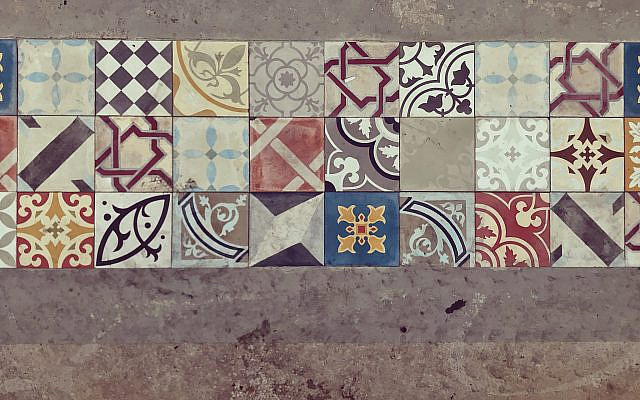 During the ongoing negotiations towards rebuilding Gaza, Israel has focused on how to avoid diversion of financial aid to terrorist organizations. However, Israeli authorities should also seize the opportunity to better address their security concerns in the Strip. The global “green” trend may provide an answer to the urgent humanitarian situation, while allowing Israel and the region to reap the strategic benefits of a long-term, sustainable reconstruction of infrastructure and reactivation of the local economy.

Not unlike the current situation in Gaza, last year provided a valuable lesson on how to make the best of unforeseen blows to economies worldwide. The crippling effects of the COVID-19 pandemic led to an increase in state intervention, with governments racing to approve aid and stimulus packages. Environmental benefits documented as a result of the halt in economic activity, and an increased awareness about the links between the climate crisis and future health emergencies, sparked a trend towards “green” economic recovery and reactivation policies.

The European Union recently agreed to a €550 billion budget for green projects as part of its recovery deal. The Biden administration is pushing for a $2.3 trillion infrastructure plan with strong environmental and clean energy components, while the United Kingdom has outlined a £12 billion “green industrial revolution” plan over the next ten years. With pledges towards rebuilding Gaza already surpassing $1 billion, negotiations on the reconstruction effort should follow the global post-pandemic reactivation trend.

This should not be simply seen as a naïve push for sustainable policies in a setting as complex and beset by geopolitical and security factors as Gaza. Many will also point out the urgency of the matter, coupled with the considerably higher cost of investing in solar panels, for example, rather than power generators or fuel-powered water heaters. However, with $500 million pledges by both Egypt and Qatar, and contributions announced by the US, the EU and number of other donors, availability of resources should not be a deterrent. Rather, earmarking resources and aligning projects with climate and environmental goals may welcome additional resources from those donors, who acknowledge the value of long-term solutions not just as the goal, but in the process of their implementation.

The availability of energy sources in Gaza, for example, has been a longstanding source of tensions, partly due to increasing dependence on the Israeli Electricity Company, as well as purchases from Egyptian suppliers. Strategic limitations imposed on access to oil and gas reserves result in frequent shortages. This situation frequently leads to protests and humanitarian appeals, considering the impact that access to energy has not only on daily life, but on critical sectors such as healthcare or water sanitation.

Investing in clean energy infrastructure in the Strip could set the model for a long-term solution to a recurring problem. Furthermore, the current drive behind the shift from fossil fuels to clean energy sources and technology stresses the benefits of job generation as part of the transition, which in turn become opportunities for economic reactivation.

While the Israeli government has long been betting on building a gas pipeline from the Negev to the Gaza Strip, this should also be seen as an opportunity for Israel, considering its expertise in developing and implementing clean energy technology. The Start-Up Nation’s innovation environment could benefit from the resources assigned to reconstruction, by including requirements for Israeli companies to provide the necessary equipment and technology. Such a move would also bolster the country’s environmental credentials, which environmentalists claim are currently limited to a list of good intentions, given that national policies remain focused on exploring and creating demand for fossil fuels, such as gas exports to Europe.

Strategically, a green recovery plan would also follow the drive towards improving the conditions of the population in Gaza, with a view to weakening the popularity and influence of militant Palestinian factions, in favor of strengthening the political authority in Ramallah. It could also be an opportunity to foster joint efforts with Israel’s new partners under the Abraham Accords, breathing new life into the push for normalization of diplomatic relations in the Middle East.

The constantly changing reality in the Middle East poses considerable challenges and moments of crisis, such as the ones we experienced a few weeks back. It also provides windows of opportunity which should be taken advantage of. Riding the “green deal” wave towards a sustainable and strategic improvement of the situation is Gaza should be worth considering by the Israeli government.

About the Author
Born in Mexico City, Gonzalo has been working for over 15 years in public administration and international organizations, focusing on security issues, including transnational organized crime, crime prevention and criminal justice and drug policy. Based in Israel for the past three years, he is currently a graduate student in Counter-Terrorism & Homeland Security at the Interdisciplinary Center (IDC) Herzliya.
Related Topics
Related Posts
Comments